This blog post explores some of the documents within the British Library collection relating to Thomas Peters.  Peters was a former slave who had joined the British Army Regiment, the Black Pioneers, during the American Revolutionary War.  Like many other ex-slaves, he was evacuated to British Territory in Nova Scotia after the British had lost the war.  These documents relate Peters’ campaign to secure better lives for his black community in Nova Scotia, where conditions were inhospitable both environmentally and socially.

Peters formed a petition which outlined the grievances of the community in Nova Scotia and he sailed to England in the aim of presenting it to the British government.  There he met Granville Sharp, abolitionist and activist, who had previously relocated some of the ‘London black poor’ to Sierra Leone as part of a philanthropic project.  Granville probably helped Peters to meet Sierra Leone Company directors.  The following document records the essence of Peters’ petition and gives an account of the meeting.  It describes how the Company was willing to instigate a relocation of the ‘free blacks’ of Nova Scotia to Sierra Leone, and how Peters was given a set of terms upon which people would be considered for the trip. 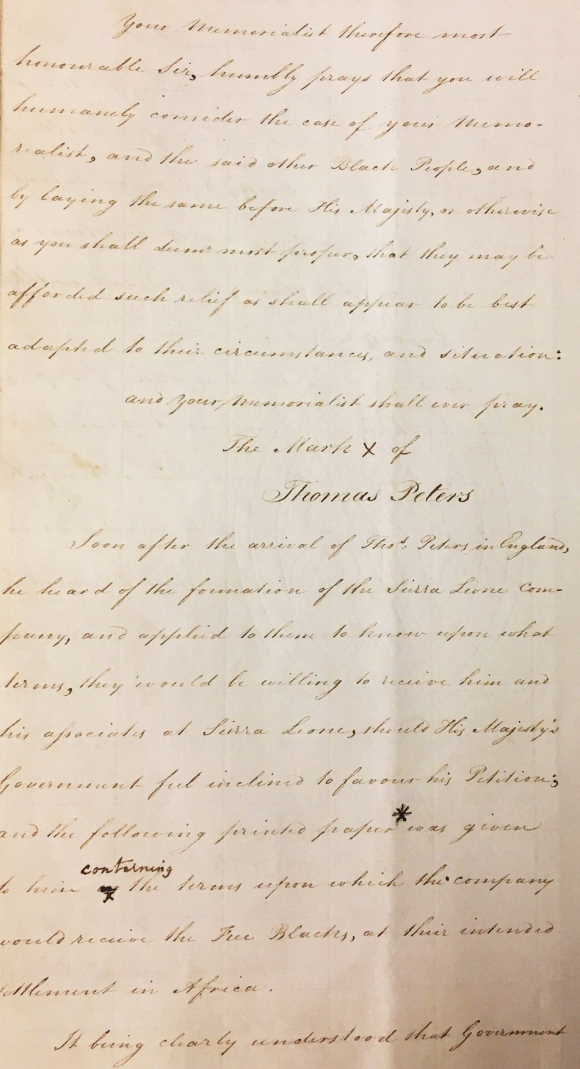 On return to Nova Scotia Peters took on the task of finding people who would be willing to re-locate to Sierra Leone.  In this letter, Peters writes to Lawrence Hartshorne outlining his progress.  He describes people as in ‘high spirits’ and expresses his eagerness to see John Clarkson, the Company Agent who was in charge of the mission to Sierra Leone. 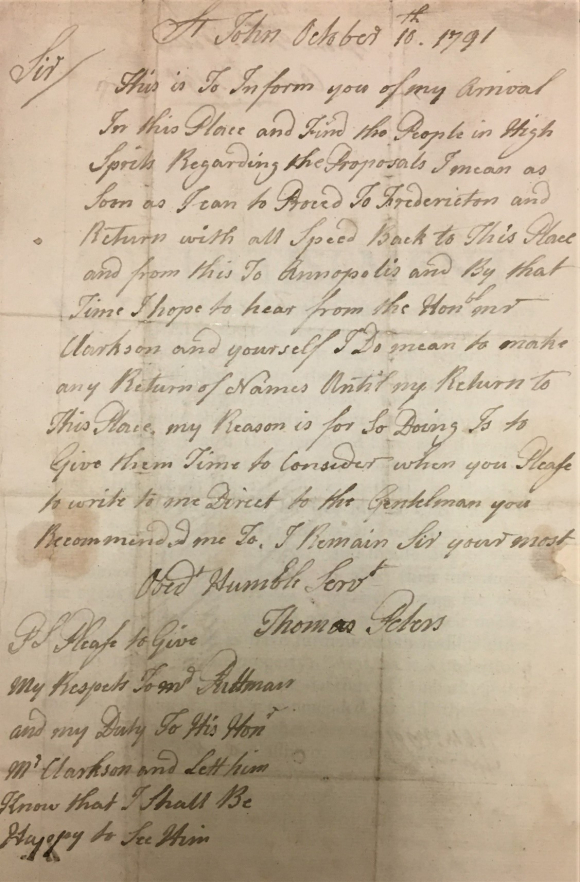 A letter from Thomas Peters to Lawrence Hartshorne, written from Saint John, New Brunswick, [which at the time, was part of Nova Scotia] October 1791, Add MS 41262, f.13.

Peters writes again to the Company in the letter below.  This letter was sent shortly before the departure of the ships to Sierra Leone for a new life.  In the letter,  Peters and his friend David Edmon[d]s ask humbly that the ‘black people of Halifax bound for Sierra Leone’ have some ‘frish beef for Christmas diner’ for their last Christmas Day in America. 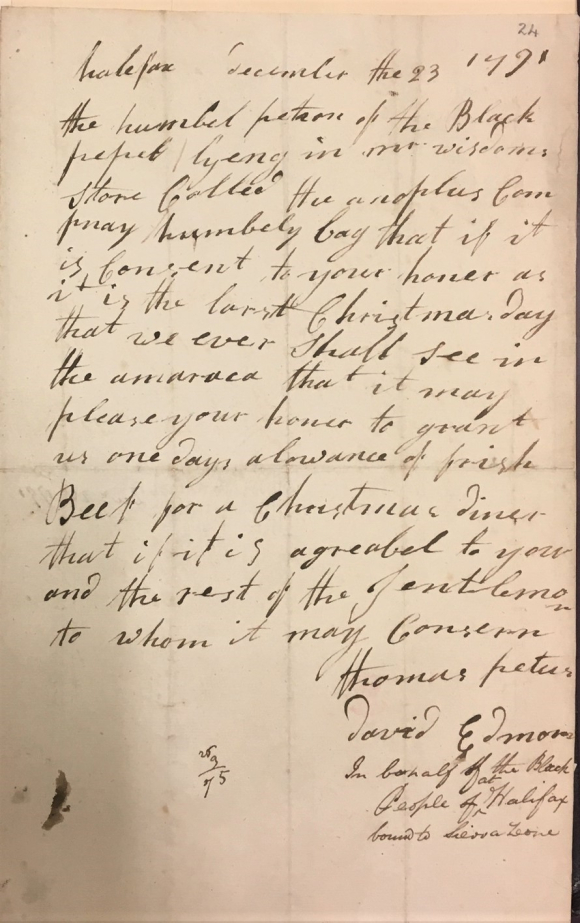 The handwriting differs between these two letters, so it seems that one of them was drafted on behalf of Peters.  The extent of Peters’ literacy is difficult to determine.  It is noted that his petition of grievances was redrafted to correct his spelling and grammar before it reached the British Government – implying a general level of literary.  However, putting the physical penmanship aside, these letters record the words of an individual who had lived through kidnap from Africa, the horror of the journey through the middle-passage, enslavement in South Carolina and the American Revolutionary War.  Peters was then influential in establishing a colony of free black people in Sierra Leone, where today is he remembered as one of the founding fathers of Freetown.  These few documents are therefore a rare and important recorded legacy of a voice so regularly absent from the written record.

The next blog post in this series will expand on this written legacy by examining some of the other letters written by the Sierra Leone settlers.