This is a further instalment in the story of Eliza Armstrong, the child bought for £5. 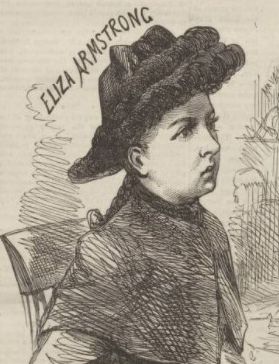 Helena Goodwyn’s recent post told how the Salvation Army stepped in to help Eliza when she was in financial difficulties following the death of her husband. This post focuses on Eliza’s children.

Eliza Armstrong was married at the age of 21 to Henry George West on 24 October 1893 in Newcastle upon Tyne.  Henry was a widower aged 35 living in Jarrow and he was working as a plumber.  The couple’s first child Reginald Ladas West was born in 1894.  His unusual middle name may perhaps be explained by the fact that there was a racehorse called Ladas which was very successful in 1893-1894. 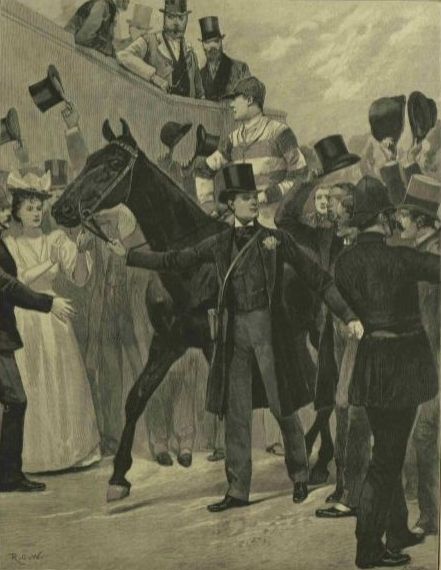 Eliza’s life took another sad turn in February 1906 when her husband died of heart disease aged just 42.  She took in lodgers to help ends meet and places were found in National Children’s Homes for the three middle children.  Sybil Primrose and Phyllis Irene (just Irene in some records) were sent 300 miles to Stokesmead at Alverstoke in Hampshire.  They are both there in the 1911 census, aged 10 and 8 respectively.  In 1914 the Hampshire Telegraph reported that Irene West from the children’s home had won a Band of Hope prize.

William Frederick was placed at Edgworth children’s home in Lancashire, a ‘farm colony’ where boys and girls were trained in practical skills.  Many were sent to Canada.  In March 1912 William sailed from Liverpool with 90 other boys in the Dominion to Halifax, Nova Scotia. William became a farm hand in Ontario.

Eliza gave birth to five more children between 1907 and 1915: Reginald West in May 1907 (no father is named on his birth certificate) and four with Samuel O’Donnell, a lead worker - Francis Maurice, Frederick, Minnie, and Norman.

In January 1915 William enlisted in the Canadian Expeditionary Force.  He arrived back in England with his army unit in August 1915 and went to fight in France in May 1916.  William was wounded in the right leg at Passchendaele on 31 October 1917.  He was sent back to Colchester for hospital treatment.

From August 1916 to his discharge in July 1919, William assigned 10 dollars of his pay to his mother.  He returned to Hebburn and married Eliza Carr in April 1919.  The couple moved to Canada and later to the USA. 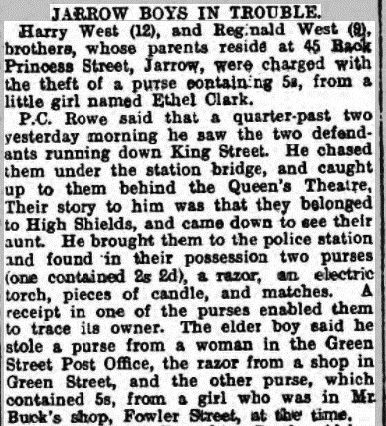 In February and March 1917, Harry West (12) and his brother Reginald (9) appeared at a juvenile court after stealing purses by pickpocketing.  They had run away from home, sleeping rough and eating in cocoa rooms.  Eliza had searched for them night and day.  She asked that her sons be taken away, although they had a good home, because she could do nothing with them.  As the boys had several previous convictions for petty theft, it was decided to send them to Wellesley Training Institution until they were sixteen.