The previous blog post in this series explored the written legacy of Thomas Peters.  This post explores letters from two other figures who travelled to Sierra Leone in late 1791.  These letters are addressed to John Clarkson after he had returned to England in December 1792. 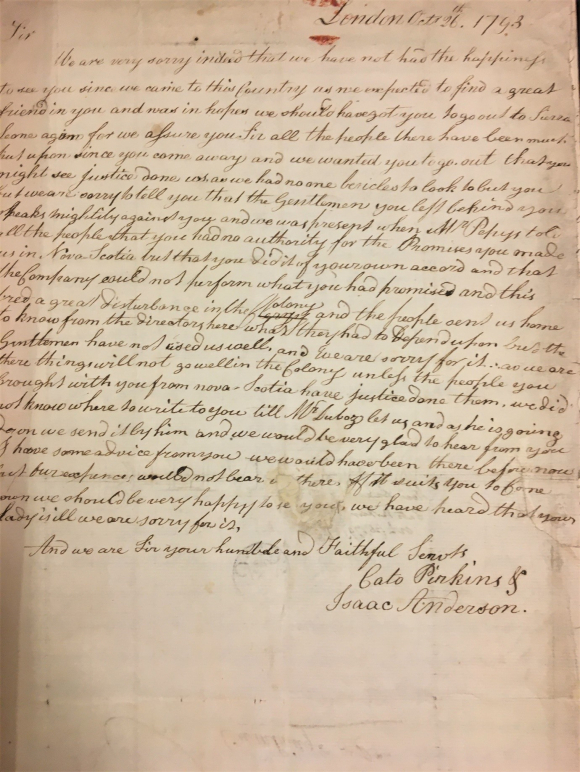 Cato Perkins was born into slavery around 1739.  He was given the name Perkins after his enslaver, John Perkins of Charleston, South Carolina.  At the age of 39, he ran away from the plantation and joined the British forces at the Siege of Charleston.  In 1783, he left the USA on the ship Briton for Nova Scotia.  By 1792, he had joined others in the relocation to Sierra Leone where he became a vocal member of the settlers’ community.

In 1793 Perkins wrote that the management of the settlement was unacceptable.  Perkins was nominated to travel alongside Isaac Anderson to London to deliver a petition of grievances to the Sierra Leone Company and to ask that Clarkson be reinstalled as governor, but Clarkson had been dismissed from the Company.  Perkins stayed at 13 Finch Lane and from there would continue to lobby the Company.  He expresses his disappointment at not meeting Clarkson given how ‘all the people have been much put upon since you came away’.

The letter below introduces the petition and declares that the settlers ‘want nothing but what you promised us’.  Clarkson would reply that despite his insistence the Company meet with Perkins that they had refused to.  Perkins returned to Sierra Leone where he continued to protest against conditions in Freetown. 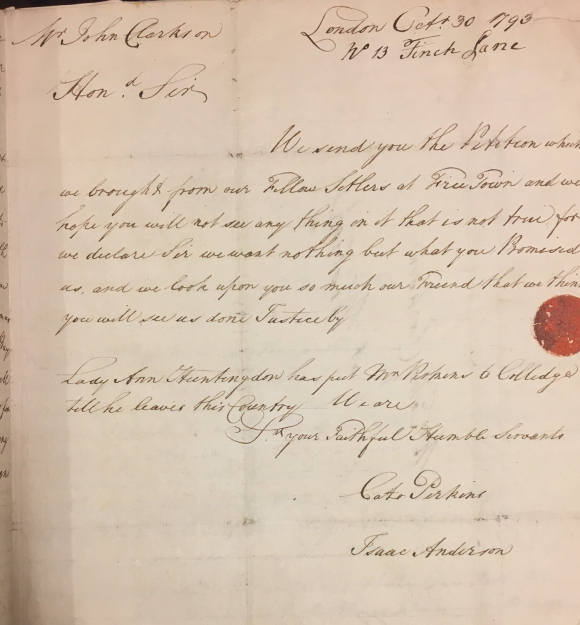 Nathaniel Snowball
Nathaniel Snowball was 39 years old when he was evacuated from New York to Port Roseway, Nova Scotia.  He was a slave in Virginia before escaping to the British lines in the Revolutionary War.  His wife Violet, son Nathaniel and his 3-month-old daughter Mary, all travelled to Nova Scotia.  He travelled with his family to resettle in Sierra Leone.  There he became particularly dissatisfied with the lack of good farmland and the management by the Sierra Leone Company.  His objections eventually led him to lead a group of settlers out of Freetown into a new location at Pirate's Bay.  The letter below explains his intentions to take ‘departure as the Ezerlities did’ to escape the ‘boundage of this tyranious crew’.  He explains that he negotiated the new land from King Jimmy, a local tribal leader. 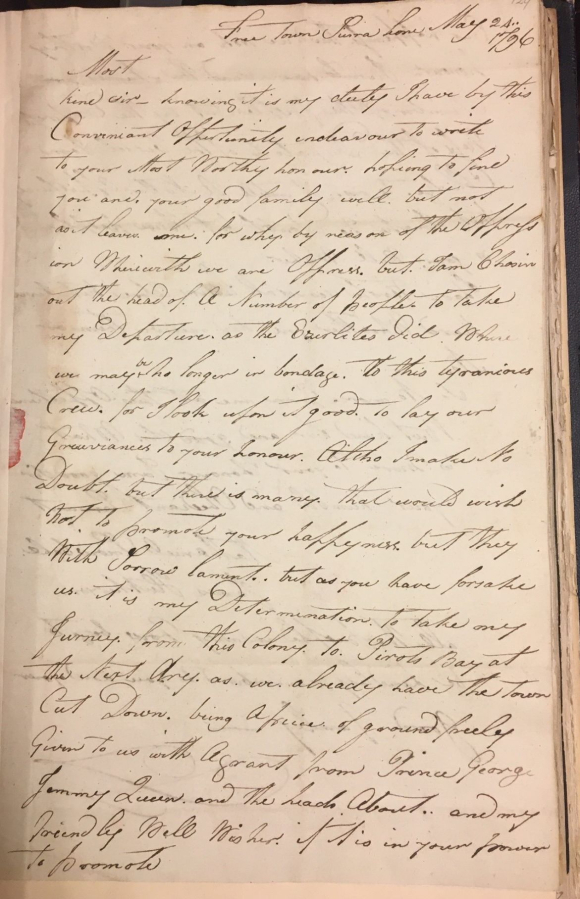 A letter to John Clarkson from Nathaniel Snowball describing his reasons for leading some settlers out of Freetown to a new settlement at Pirate’s Bay, 24 May 1796. Add MS 41263, f.129 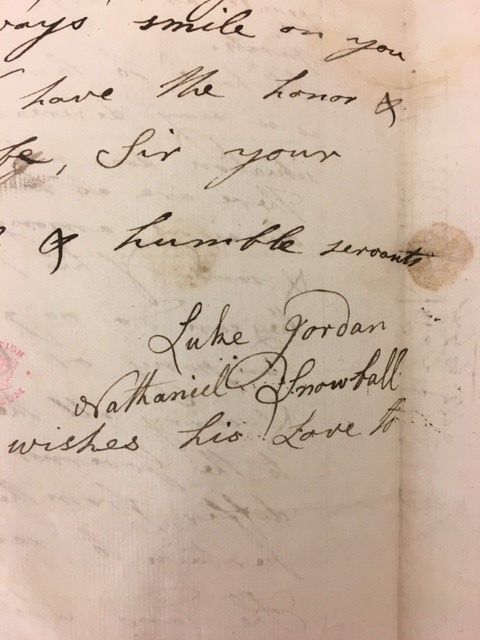 The Clarkson Papers contain many more letters from members of the Freetown settlement.  These were written by members of the community who enjoyed positions of importance, such as preachers and elected representatives.  Up to thirty people seem to have been responsible for authoring the surviving letters.  Among the authors are Boston King, Moses Murray, Isaac Anderson and James Liaster, but absent are the voices of the women of the settlement.  The next post in this series will explore what we know of the women who travelled to Sierra Leone in 1792. 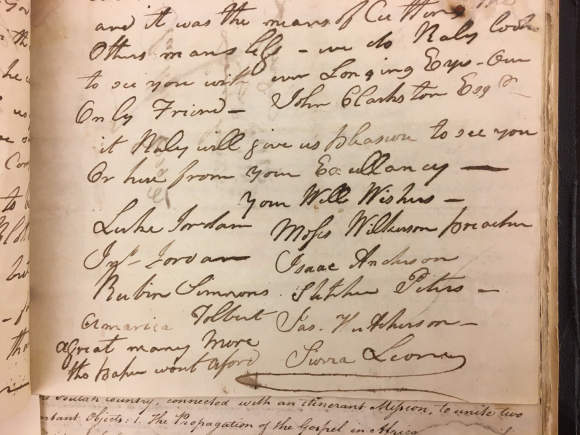 Signatories of a letter to John Clarkson, all members of the Freetown settlement, including Luke Jordon, Moses Wilkinson (preacher), American Tolbert, Rubin Simmons and many more. Add MS 41263, f.115.