The curious case of Jean Robbio

At the height of the Napoleonic Wars, a mysterious French agent was picked up by the British at Bushire, Persia, dressed in disguise and carrying a map and secret letters.

On 29 July 1810, Stephen Babington, in charge of the British Residency at Bushire, wrote to the Government of India’s Envoy to Persia, John Malcolm, reporting the arrival of a Frenchman ‘in an Arab dress’ at Bushire.  The man was confirmed to be a courier for the Governor-General of Isle de France (Mauritius), General Charles Mathieu Isidore Decaen. 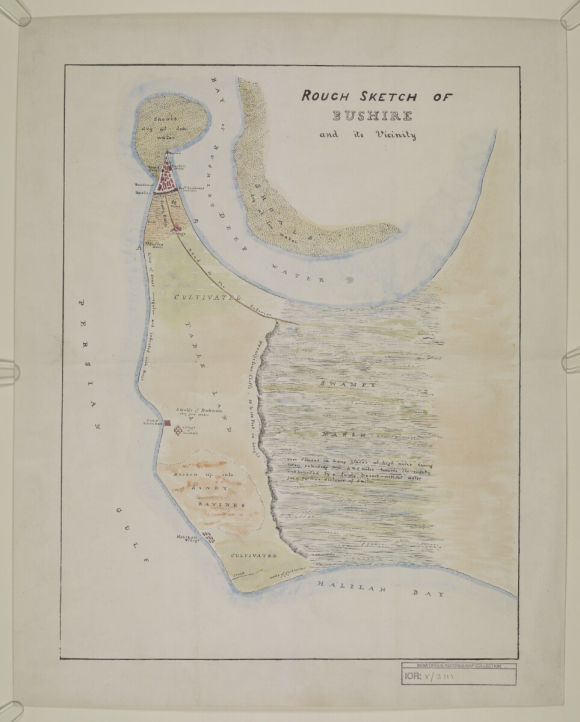 Babington had acted swiftly, arresting the courier.  He was pleased to report that his men ‘effected his seizure so completely that every article about him has been secured, and at the same time the most favorable impressions have been left upon his mind, of the mild and kind treatment, which Englishmen always shew to their Enemies’.

The courier was revealed to be one Jean Robbio.  Genoese by birth, Robbio had worked for the military and diplomatic mission of General Claude-Matthieu de Gardane to Tehran of 1807-1809.  In the context of the ongoing Napoleonic Wars, Gardane’s mission had been of great concern to the British, and Babington had acted in this atmosphere of heightened tension and suspicion.  Prior to his arrest, Robbio had been stranded in Muscat for two years.  Following his capture, Robbio made ‘no secret of his hostile intentions towards the English’, and Babington had him imprisoned at the Residency.  It appears that Robbio was however a model prisoner, and Babington subsequently allowed him to go out on parole in Bushire.

Robbio had a number of papers in his possession, including a map of navigation routes around Zanzibar, an intelligence report detailing the political situation in Baghdad, and a letter detailing Robbio’s audience with the Sultan of Muscat. 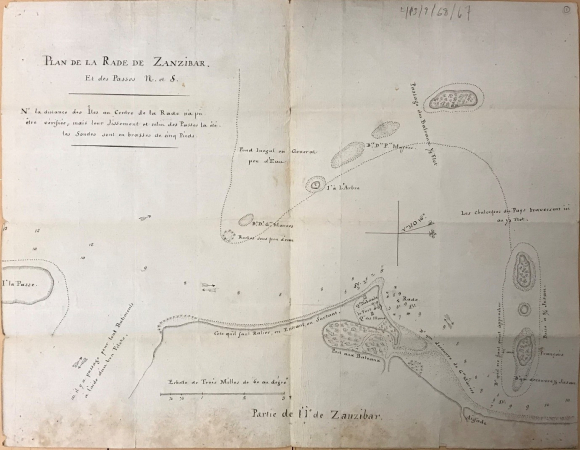 Another mysterious letter seized from Robbio was from an unknown correspondent in Muscat, possibly Robbio himself, to an unknown recipient in India.  The letter makes a plea for help, offering a reward and the services of an experienced French navigator based in Muscat in return. 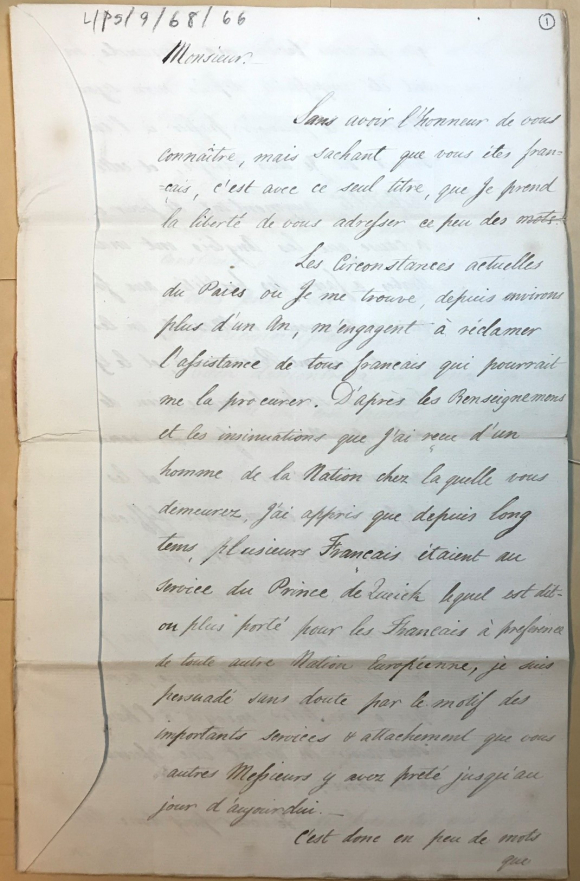 The episode came to an abrupt end when HM Envoy Extraordinary to Persia, Sir Harford Jones, intervened.  He wrote to Babington on 9 September admonishing him for unilaterally arresting Robbio.  He warned ‘that no public functionary in a foreign State possesses any right or authority to seize or possess himself of the person or papers of an Enemy entering or being in that State, without the permission and sanction of the Sovereign’.

Jones wrote again on 14 September indicating that the Persian Government were ‘very little pleased’ with his handling of the affair, ordering Babington to release Robbio at once.  To add insult to injury, Babington was told to pay for Robbio to stay at the Residency if he so pleased.  In a final admonishment, Jones declared that ‘there is not any Paper found on this Gentleman which I have seen that it is at the present moment of any great Importance to us to be acquainted with’.

Further reading:
The story of Jean Robbio and the documents captured by Babington can be found in the India Office Records, shelfmarks IOR/L/PS/9/68/60-67
Iradj Amini, Napoleon and Persia: Franco-Persian relations under the First Empire, (Richmond: Curzon, 1999)