When members of the black Nova Scotian community expressed interest in going to Sierra Leone, it was not just men that applied - applicants also included single women.  Unmarried women who applied for land in Sierra Leone were given ten acres of their own.  The following certificates were issued just before the journey to Sierra Leone and show the allocation of land given to women on receipt of their satisfactory character references. 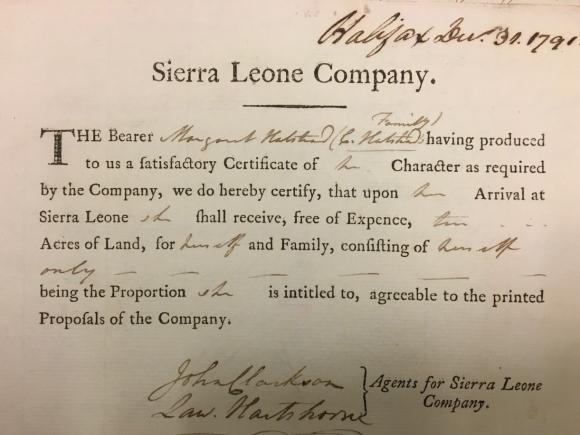 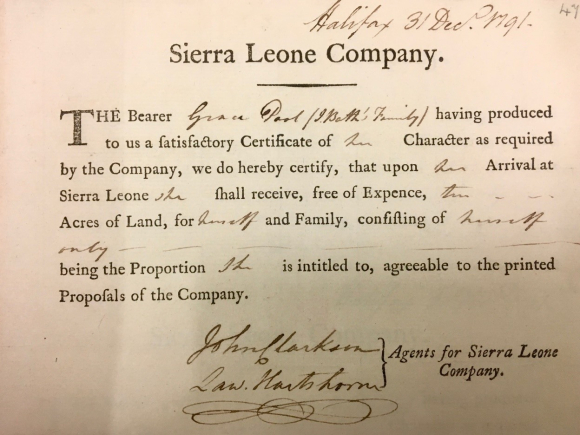 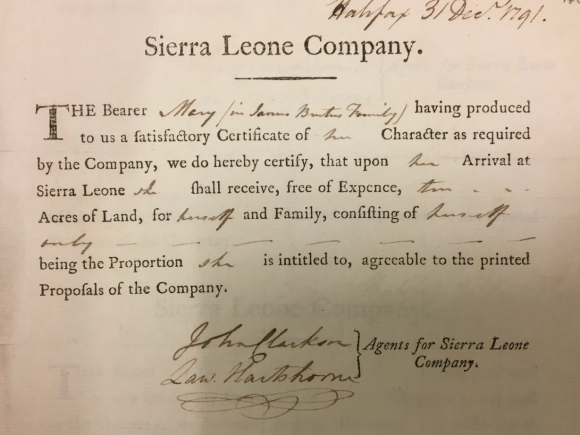 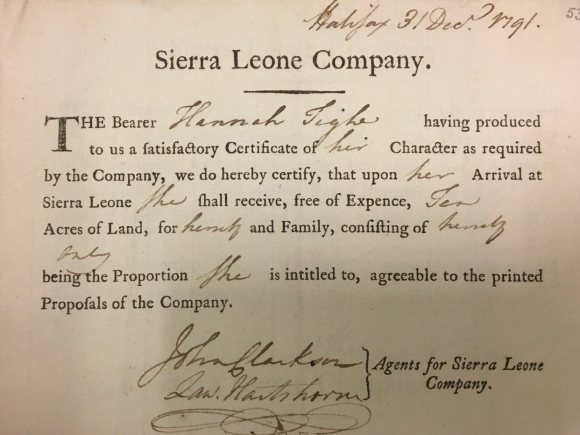 In Freetown a high proportion of householders were women.  Their independent status was recognised to the point that they could vote for their local representatives.  They were also instrumental in establishing trades in the new settlement: three of the six first shops to open in Freetown were run by women.

The following manuscript shows the allocations of eggs to women on Christmas Day 1792. It gives us many of the names of the women within the settlement. 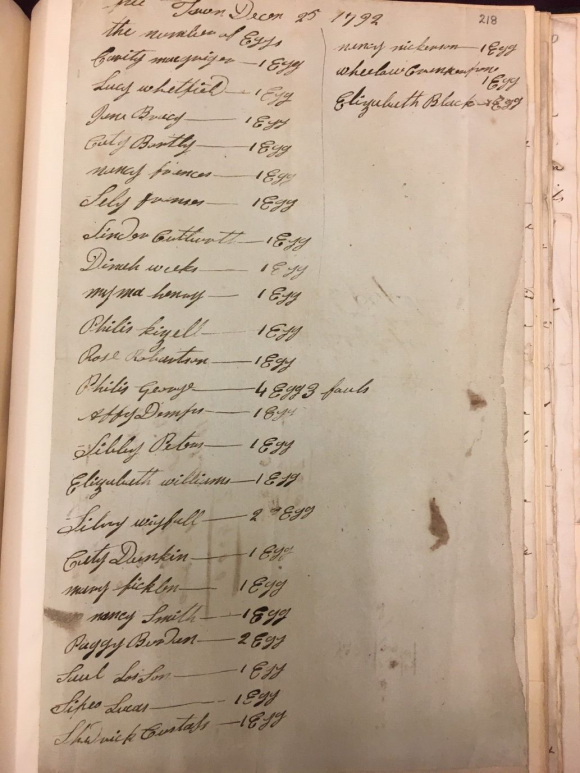 Dinah Weeks, named on this list, is recorded as having being enslaved to a man called Robert Bruce in New York before the American Revolution.  He apparently granted her freedom and in 1783 she left New York for Nova Scotia on the ship L’Abondance.  On the same ship was Harry Washington, who had been one of George Washington’s slaves, but who had escaped to fight with the British.

The final name on this list is that of Elizabeth Black.  She was a mixed-race women who had been born in Madagascar and described as living in indentured servitude in America to a Mrs Courtland.  When she was finally released she travelled to Nova Scotia and came to live with the black community in Birchtown, before moving to Sierra Leone with many others.

The diary and notes of Dr Taylor offer more insights into some of the women who travelled to Freetown.  The Sierra Leone Company doctor kept notes on the patients he treated. These appear to run from shortly before departing to Sierra Leone in December 1791 and the early months of the settlement in the spring of 1792.

Listed in this manuscript volume is the case of Sarah Wilkinson, who is described as having a fever after catching a cold after suffering a miscarriage.  She received treatment from Taylor, but died shortly afterwards.  Dr Taylor notes that, by 11 April 1792, 41 women had died, mainly from fevers.  He also notes that fourteen babies had been born since embarking.

Mima Henry was also listed as having a fever.  We find that she lived in Birchtown, Nova Scotia before moving to Sierra Leone.  We know that Mima survived her fever because she is listed above in the allocations of eggs document that is dated later in 1792.

These documents may appear insignificant, but they give us the names, ages, backgrounds and land allocations of a number of black women who not only survived slavery, but strived to contribute to a free black society of their own, where they would play a foundational part in the beginnings of Freetown.