In January 1763 parts of Britain were hit by severe weather conditions.  London was badly affected, with reports that the River Thames was as hazardous as the ocean.  Seagulls were seen near London Bridge, a sign of how cold conditions were that winter. 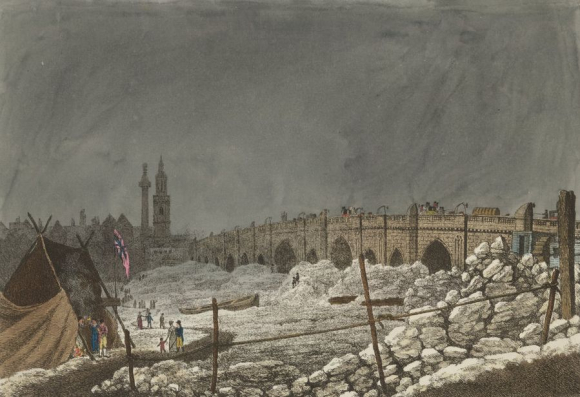 The directors of the East India Company resolved at their meeting on 26 January 1763 to help the poor of London ‘in consideration of the severity of the season’.  They gave ten guineas to several parishes for the relief of the poor: St Andrew Undershaft, St Olave Hart Street, St Katherine Coleman, St Mary Rotherhithe, All Hallows Barking, St Katharine Cree, St Helen’s, and St Peter Cornhill.  St Bartholomew by the Exchange received five guineas.  The maritime pensioners living in the Company’s almshouse, Poplar Hospital, were awarded an extra month’s pension at a total cost of £200.  Another ten guineas was donated towards helping the poor of Poplar. 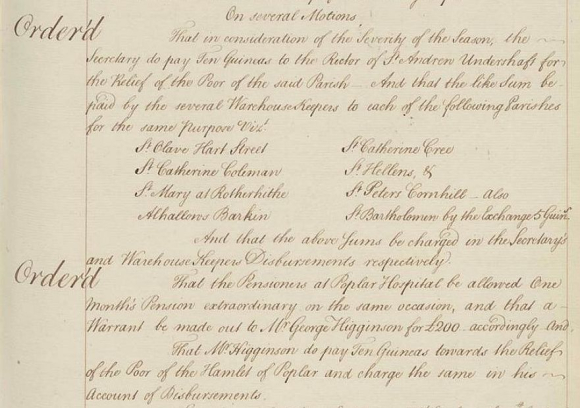 A group of gardeners dressed in mourning pulled a cart without horses through Cheapside.  They asked for charity because the weather had prevented them from working.

In Cambridgeshire, Anne Sizer went to buy bread in Soham and became lost on her way back home.  She wandered into the fen, lay down, and froze to death.

On a lighter note, a gentleman from Lincoln’s Inn took on a skating challenge for a considerable bet.  He had to pick up 100 stones from the frozen Serpentine River in Hyde Park, laid out one yard apart in a direct line, and return with them separately to the starting point.  The time allowed was 1¼ hours but he managed to complete the task with ease in 52½ minutes. 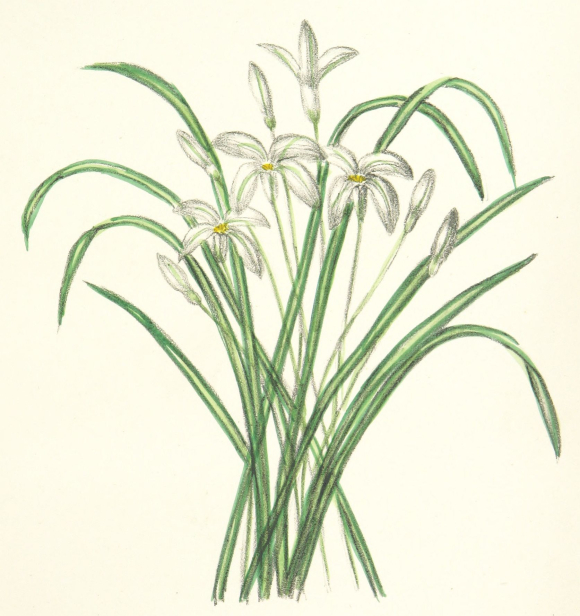 Not all regions were affected.  Dublin escaped the chill, and the weather was so mild in South Wales that snowdrops, daisies and primroses were blooming.

Posted by India Office Records at 09:00:00 in Domestic life , Science and environment , Work