The hunt for Syed Mahamad Yusufuddin

A dip into the records of the India Office Legal Adviser reveals an exciting tale of espionage behind a Privy Council appeal against wrongful imprisonment.

The judgement of Privy Council appeal No. 19 of 1902, brought by Syed Mahamad Yusufuddin against the Secretary of State for India, is available to view on BAILII, but doesn’t tell the whole story of the case. 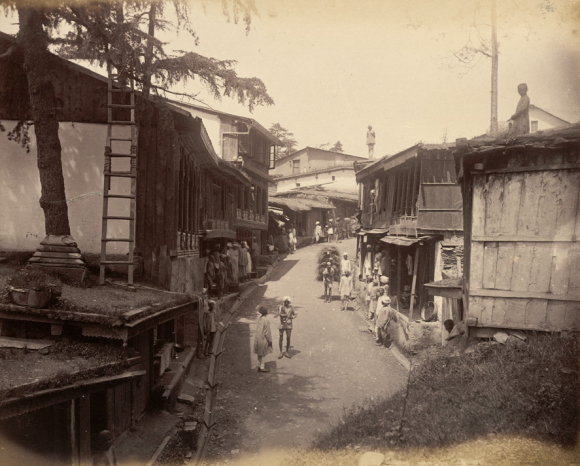 The background of the case can be found in the India Office Records held at the British Library in the Legal Adviser’s records (IOR/L/L/8/42).  The story begins in Simla, in the far north of India, in July 1895 with the conviction of Babu Gopal Chandar, a hotelier, for attempting to procure government documents from the Record Keeper, Mr Schorn, through bribery.  The record keeper reported that Chandar had visited him at his home and offered 600-700 rupees and an annual salary in return for information on Hyderabad, the largest princely state in British India.  Mr Schorn contacted the police and arranged a further meeting with Chandar so an inspector could eavesdrop and take notes as evidence.

Following his arrest, Mr Chandar claimed he was working on behalf of a 'Sardar of Hyderabad' , meaning a prince or nobleman, staying at his establishment, the Central Hotel.  As a result, in September a warrant was issued for the arrest of one Syed Mahamad Yusufuddin, who we assume was staying in the hotel when the crime was committed.  However, by then, Yusufuddin had left Simla, so a manhunt began.

A copy of the initial order for the arrest of Yusufuddin taken from case documents supplied by the Foreign Department at the time in a file marked 'SECRET – Internal'. IOR/L/L/8/42

The Magistrate issuing the warrant was aware that if Yusufuddin had returned to the princely state of Hyderabad, then, as a foreign territory, the warrant would not apply.  Therefore the British would have to rely on the Nizam of Hyderabad adhering to extradition law.

However, the fugutive was tracked down in Hyderabad on 28 November 1895 at Shankarpalli railway station.  Fortunately for the British, at this time “the Government of India ... exercise[d] jurisdiction upon the railway” and could arrest him.  However, this jurisdiction only applied to railway offences, which brought into question their right to hold Yusufuddin.

Reminiscent of the 'Great Game' of espionage made famous in Rudyard Kipling’s Kim, this manhunt across different territories in British-controlled Asia reveals a kernel of truth behind the fantastic stories to be found in contemporary literature for boys.  And Chandar’s covert attempt to gather information on British plans also suggests the suspicion in which the British were held in princely states like Hyderabad.

Yusufuddin was released on bail two days later on 30 November and avoided conviction.  He went on to appeal against his arrest outside of a British territory and claim damages for false imprisonment.  The case eventually reached the Privy Council who dismissed it, as the claim was made too long after the imprisonment.