Elizabeth Barrett Browning, Britain’s greatest woman poet, changed the course of literary history not only as a pioneering, modernising writer, world famous in her day, but as an influential political campaigner.  Born in 1806 in Coxhoe Hall, County Durham, she died in 1861 at Casa Guidi, her home in Florence.  In between, she lived a life of precocious achievement, writing poems from the age of six and verse drama in French at eight, and publishing her first book, The Battle of Marathon, at fourteen.  She did this despite living with a disabling, chronic respiratory illness so severe that – like Marcel Proust in his last years – she couldn’t leave her room for years at a time. 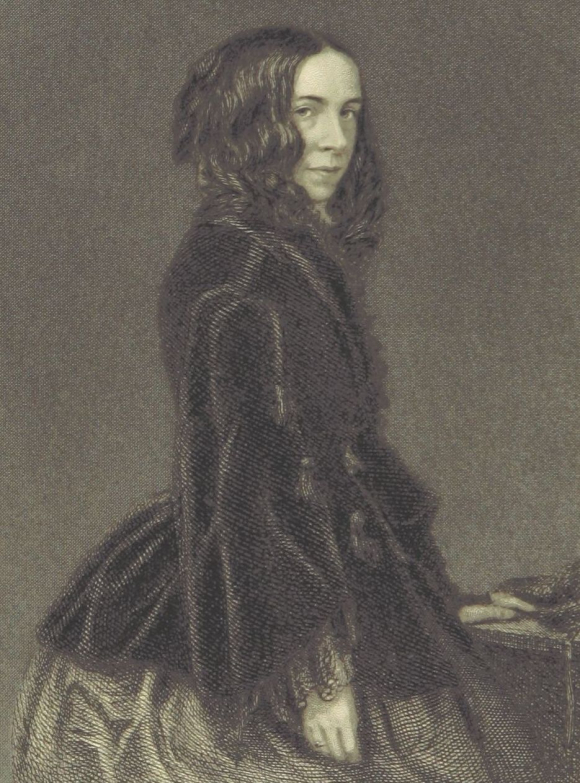 There were other obstacles, too.  Barrett Browning wrote under her own name, at a time when most women published anonymously – Jane Austen as ‘A lady’ – or under male pseudonyms: the Brontë sisters as the Bell brothers, Mary Ann Evans as George Eliot.

As a result, contemporary critical reception was sometimes baldly misogynist: on the other hand, in 1850 she was the first woman to be nominated for Poet Laureate, 159 years before a woman Laureate was finally appointed.  A further challenge to any idea of becoming a writer, at a time with few Black literary role models, may have been that her Jamaican descent made her believe she had black heritage.  She was acutely aware of the appalling violence endured by those enslaved.  EBB, as she styled herself, passionately condemned that violence in her abolitionist poem ‘The Runaway Slave at Pilgrim Point’.

Indeed as her literary fame developed, she deployed it repeatedly to change social attitudes.  She was at the forefront of the shift from Romanticism into an ethical, distinctively Victorian school of writing. In the verse novel Aurora Leigh (1856), the first ever woman’s Bildingsroman, she returned to rape in the form of forced prostitution.  She published in aid of Ragged Schools and against child labour (‘The Cry of the Children’).  Most influentially of all, in two books of political poetry, Casa Guidi Windows (1851) and Poems before Congress (1860), she argued for Italian independence, and Italians viewed her as a heroine of the struggle.

Other key works of Barrett Browning’s maturity included her breakthrough collection The Seraphim (1838), Poems (1844) and Poems (1850) – which included ‘Sonnets from the Portuguese’, among them one of the most famous poems in English, ‘How do I love thee? Let me count the ways’.  More to the point than its biographical occasion is the way this lyric shows off the poet’s gift for narrative, and a new informal, conversational style, which are the secrets of its popularity.  Her clandestine marriage at forty to the younger, and less-established poet Robert Browning, with whom she moved to Italy, was a love-match which is too often allowed to eclipse her work.  We gain a much more accurate sense of her legacy from noting the writers she influenced, including Emily Dickinson, John Ruskin, Oscar Wilde, Rudyard Kipling, Virginia Woolf.