Robert Preston (1740-1834) was born in Scotland, the fifth son of Sir George Preston of Valleyfield.  He started his career with the East India Company at the age of eighteen serving as Fifth Mate on the Streatham, which sailed for India in July 1758. 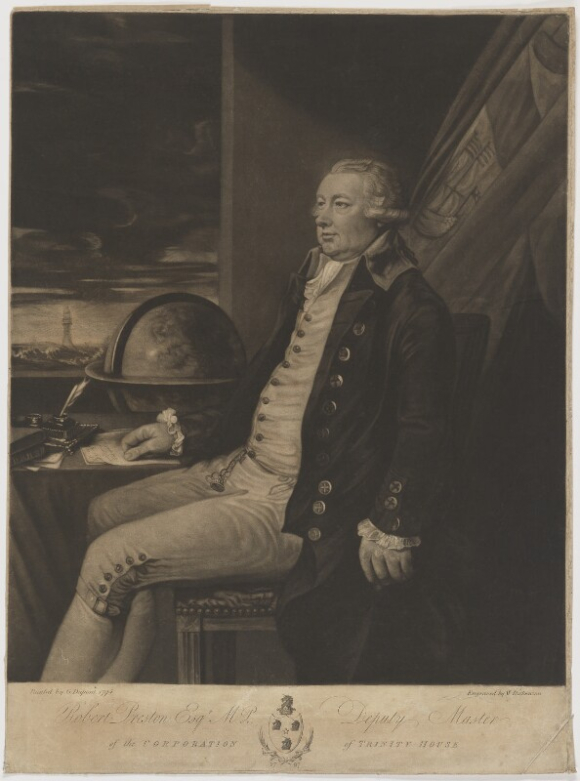 In November 1759 the Council of the East India Company at Calcutta was concerned about seven Dutch ships which were effectively blockading their port and they issued an order for the Duke of Dorset, the Calcutta and the Hardwicke to make a stand.  After considerable negotiation with the Commodore of the Dutch fleet, conducted under Flags of Truce, it was clear that battle was inevitable.  Charles Mason, Captain of the Streatham, joined the Duke of Dorset with ten of his crew including Robert Preston. 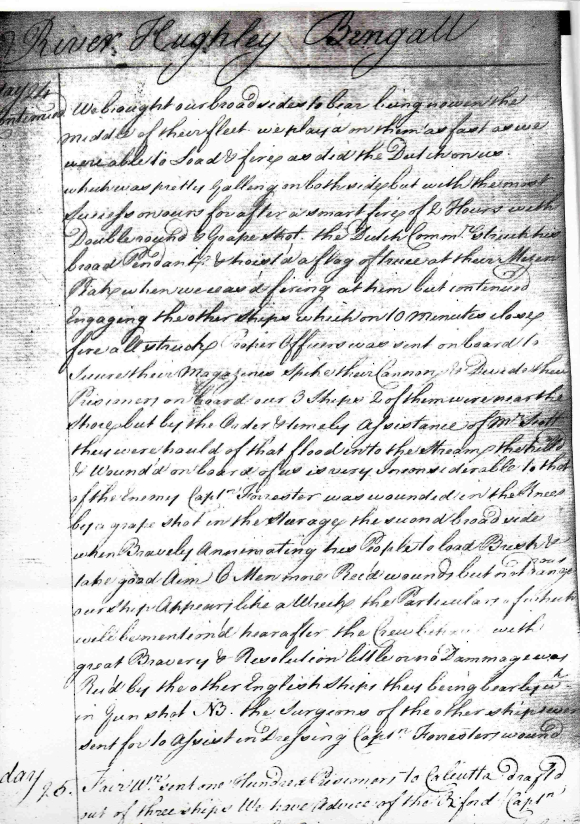 The journal of the Duke of Dorset gives a detailed account of the battle.  The Dutch initially brought their broadsides to bear on the English ships, but they manoeuvred until ‘being now in the middle of their fleet we played on them as fast as we were able to load and fire, as did the Dutch on us, which was pretty galling on both sides but with the most success on ours.  For, after a smart firing of two hours with double round & grape shot, the Dutch Commander struck his broad pendant and hoisted a flag of truce, when we ceased firing at him.  We continued engaging the other ships which, on ten minutes close fire, all surrendered.  Our officers were sent on board to secure their magazines, spike their cannons and divide their prisoners on board our three ships. . . . The killed and wounded on board our ships is very inconsiderable to that of the enemy’.

Captain Bernard Forrester of the Duke of Dorset was wounded in the knee by a grape shot.  His leg was amputated but he died on 3 March 1760 about three months after the battle.

Robert Preston served on the Clive as Third Mate 1761/2 and Second Mate 1764/5 under Captain John Allen, both voyages managed by Charles Raymond of Valentines, Ilford.  Then between 1767 and 1776 Preston made three voyages as a Captain, on ships under the management of Charles Foulis of Woodford.

Preston accumulated enough wealth to invest in shipping himself and he took over the management of several ships for the East India Company which made 55 voyages.  For a time he served as chairman of the Committee of Managing Owners of Shipping.

Charles Foulis and Robert Preston set up as insurance brokers in London and became managers of the Sun Fire Office.  Preston was elected MP for Dover 1784-1790 and then for Cirencester 1792-1806.  He was an Elder Brother of Trinity House 1781-1803 and a Deputy Master 1796-1803.  By the 1780s Preston was living in a substantial house in Woodford which had been the home of his colleague and close friend, Charles Foulis, who left the house and other property to him when he died. 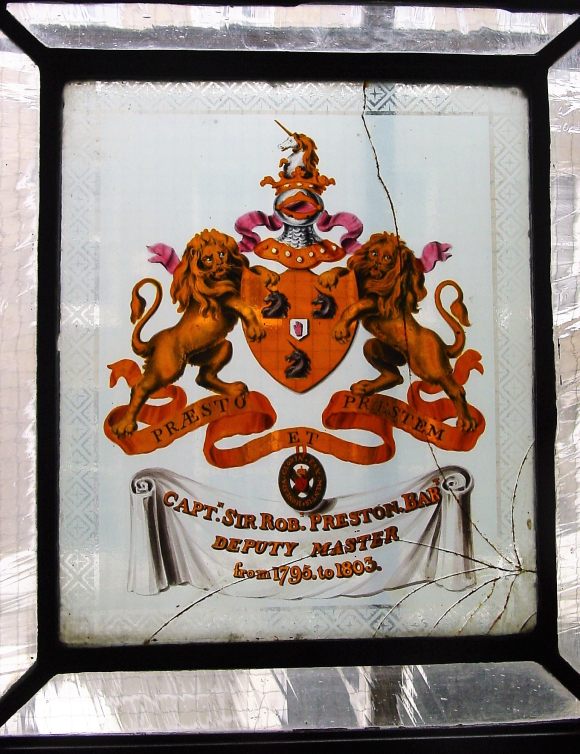 On 23 March 1800 Robert Preston succeeded to his family baronetcy.   He returned to Valleyfield but continued his London business connections until around 1823.  Preston died at Valleyfield on 7 May 1834, aged 94, said to be worth one million pounds.