Since 2012 we have been sharing stories which try to piece together the later life of Eliza Armstrong, the child bought for £5.  This post focuses on Eliza’s husband Henry George West.

Henry George West’s birth was registered in Shoreditch in the first quarter of 1857.  He was the son of Henry West and his wife Elizabeth née Wetenhall.  His parents had three children born in East London and then moved their family to Newcastle-upon-Tyne where five more were born.  Henry senior was a boot and shoe maker, then a traveller in the boot trade, and finally the manager of a shoe warehouse.  Elizabeth was a dressmaker.

In January 1879 Henry George West, 22, married Sarah Turnbull, 19, at St Peter's Church Newcastle and his profession in given as barman.  However the 1881 census describes him as a plumber and gasfitter. 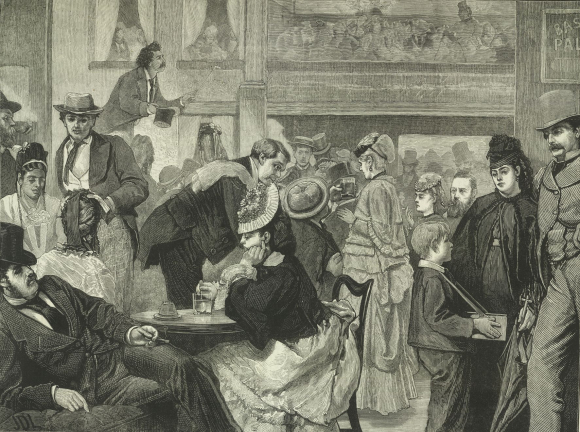 Sarah’s father William Turnbull was said to be a wine merchant on her marriage certificate.  William appears in local newspapers in 1885-1886 as landlord of the George Tavern in King Street, North Shields, and proprietor of the Gaiety Theatre in the same street.  The business manager for Turnbull’s Gaiety Theatre in 1886 was Mr H. G. West. 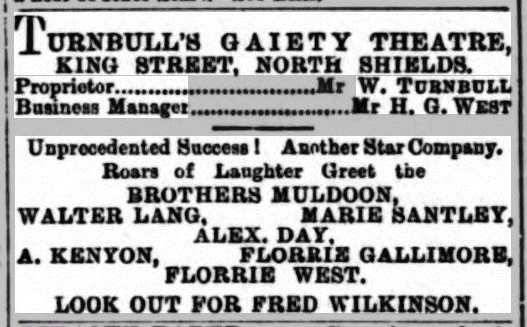 Tragedy struck the family in December 1886.  Sarah West, aged just 27, was found dead in bed by her servant Mary Cooper at home in Marine Terrace, North Shields.  The inquest found that Sarah had a weak heart.

By February 1887, the Gaiety Theatre had passed into the ownership of George Duncan, a Tyneside comedian.  In January 1888, Henry George West was landlord of the Lord Byron Inn in North Shields.  He was summoned for allowing drinking after hours.  The police could hear men’s voices and drinks being ordered.  PC King covered the back door whilst Sergeant Clarke knocked at the front.  Three men were let out the back but retreated indoors when they saw Clarke.  West claimed that the men were friends being privately entertained.  He had only been at the pub at short while and was planning to leave because it didn’t pay.  The bench fined West £1 plus costs.  The other men were each fined 2s 6d plus costs.

The report of the case in the Shields Daily Gazette stated that West’s sister Florence, who kept house for him, had given evidence in his defence.  Henry wrote to the newspaper pointing out that his sister Florence was not involved and the name given should have been Audrey West.

Henry did not have a sister Audrey.  In the 1891 census, he was again working as a plumber and living in Jarrow with the family of Albert Overton, a barman born in  Aylesham, Norfolk.  Audrey West from Aylesham is with him and the couple are listed as Albert’s brother-in-law and sister-in-law.

Two and a half years later, Henry George West married Eliza Armstrong in Newcastle upon Tyne on 24 October 1893 and appears to have continued working as a plumber from that time.  Audrey (Audy) Overton, born in Norfolk, was living in Jarrow with her sister in 1901.

When West’s father Henry died in July 1890, the obituaries spoke of his long years of work as a temperance reformer in Newcastle.  I wonder what Henry thought of his son’s pub work? 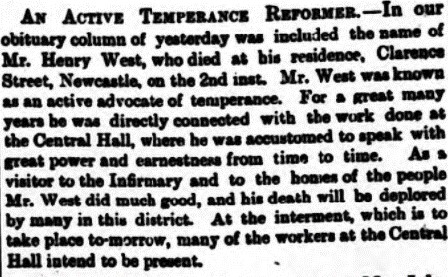