The search for Franklin in the Barrow Bequest

An intriguing collection of manuscripts known as the Barrow Bequest was acquired by the British Museum in February 1899. The private collection was created by Sir John Barrow (1764–1848) and his son Colonel John Barrow (1808–1898) during their official careers at the Admiralty and as writers and promoters of Arctic exploration.

Sir John Barrow appointed Sir John Franklin to lead the ill-fated expedition to find the Northwest Passage in 1845. Less well-known than his father, John Barrow Junior has recently been called the ‘quiet hero of the search for Franklin’ for his efforts in coordinating the search expeditions from 1848 onwards.  Franklin’s two ships – HMS Erebus and HMS Terror – were last seen by Europeans on 26 July 1845 near Baffin Bay in Greenland, and later by Inuit near King William Island.

The Barrow Bequest includes drawings made during a British diplomatic mission to China in 1792–93 and Sir John Barrow’s expedition to southern Africa in 1801–02 (Add MS 35300), as well as the manuscripts of Barrow’s autobiography and other writings. The largest part of the collection, however, relates to Arctic exploration.

The letters, drawings, maps and printed materials collected by John Barrow Junior while he was Keeper of the Records for the Admiralty tell the stories of the early expeditions which embarked for the Arctic in search of Franklin and his missing expedition. Many of the letters from individuals involved in the expeditions are addressed to Barrow, including several from Jane Franklin, who tirelessly promoted and sponsored the missions to discover her husband’s fate.

Add MS 35304 contains records relating to the voyage of HMS North Star, commanded by James Saunders in 1849–50. The North Star was intended as a provision ship for the Franklin search expedition under Sir James Clark Ross. 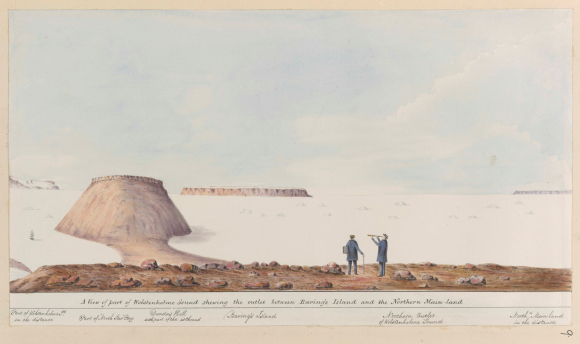 Highlights include five watercolour drawings of Wolstenholme Sound on the north-west coast of Greenland near Baffin Bay. These show a desolate landscape of glaciers and barren islands. Tiny figures explore their surroundings while their ship, the North Star, is locked in the ice. The North Star failed to meet the Ross expedition and returned to England after spending a winter in the ice in what is now named North Star Bay.

Another highlight is The Queen's Illuminated Magazine and North Cornwall Gazette, a handwritten magazine illustrated with watercolour and pen-and-ink drawings which was 'published in winter quarters, Arctic Regions’ between 28 October 1852 and 12 February 1853. The magazine is written largely in the hand of Sherard Osborn, who was in command of HMS Pioneer in the Franklin search expedition under Sir Edward Belcher. It was created for the entertainment of the crew and the volume includes two playbills for the Queens Arctic Theatre printed on board HMS Assistance. The crews abandoned the ships in the summer of 1854 after spending two winters in the ice and failing to find Franklin. 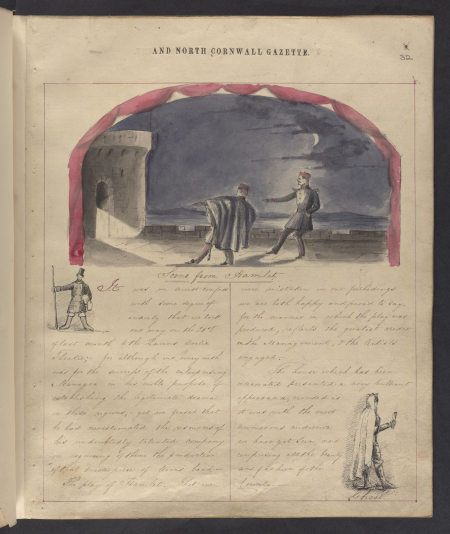 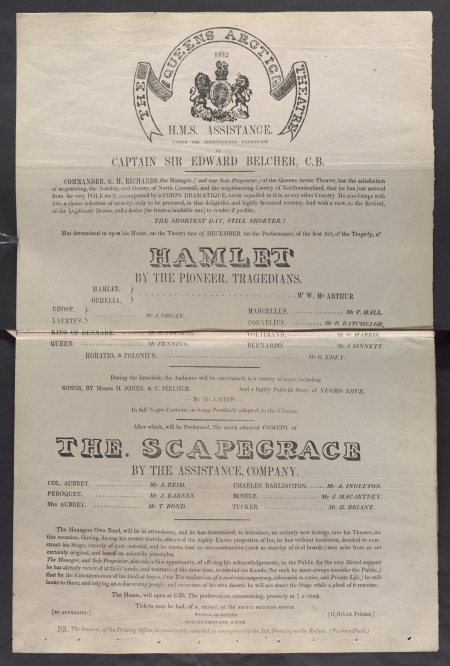 The wrecks of Erebus and Terror were found in 2014 and 2016 by Parks Canada in an area that was identified by Inuit. The search for evidence of the Franklin expedition continues to this day.

The British Library has digitised the ten volumes in partnership with Adam Matthew for Age of Exploration, an online collection of primary sources relating to five centuries of global exploration, trade and colonial expansion.

The following volumes are now available to view in full on our Digitised Manuscripts website:

This list will be updated as further volumes are added. You can also browse the collection and read full catalogue descriptions in our online catalogue.

Posted by India Office Records at 9:02 AM