Travel Quarantine in the 1750s

In the early 1750s the British Government had to consider what to do about the resurgence of the plague along the trade routes of the Eastern Mediterranean.  The threat of importing plague back into the country after a relatively plague-free period was a real one and required action at the country’s points of entry. 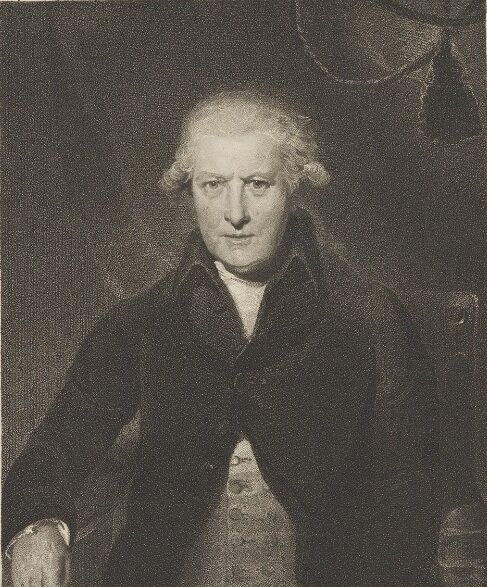 The 2nd Viscount Barrington, MP for Plymouth, sought to address the threat of the plague re-entering the country through a quarantine bill.  The drafts of his speech on this bill are present in the Barrington Papers.  Its outline may be familiar to many of us, as its purpose much like today’s hotel quarantine, was to isolate those who had come from high-risk areas, so that one could identify infections before they reached the population. 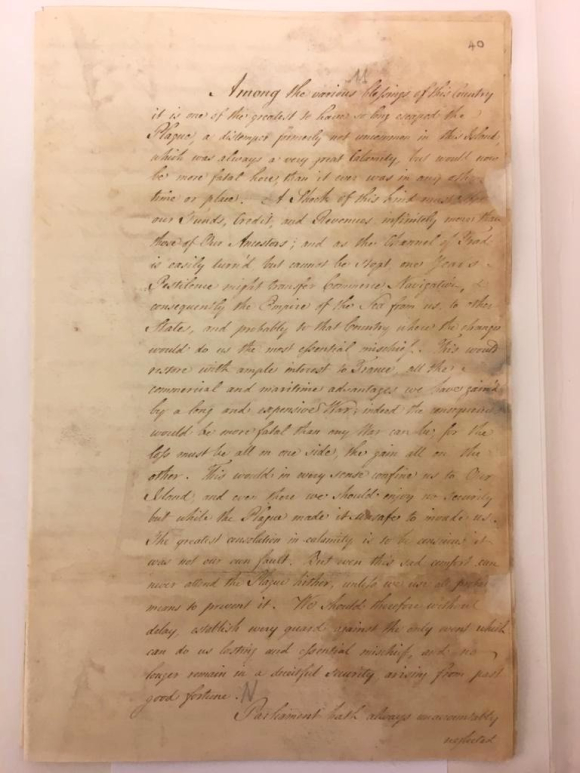 Barrington’s draft speech reflects on previous plagues and their huge consequences.  He says that to allow reinfection would put the UK at a disadvantage and that practical means must be employed to prevent that.  He mentions past quarantine bills and how they suffered from a lack of enforcement.  His speech also dismisses complaints about how much this might cost saying: 'Be it little or much it is necessary, and therefore the consideration of expense must not stop our proceedings'.

Barrington also notes that other major ports abroad had already established a mandatory quarantine: 'No British merchant who hath the least degree not only of public spirit, but even of shame, can object to doing that for the safety of his own country at home, which for the security of other states, he submits to, without grumbling, abroad'. 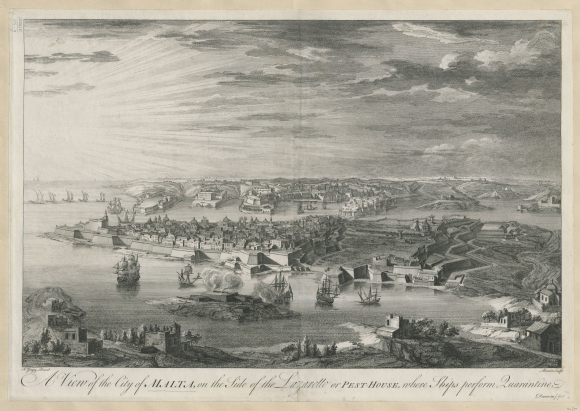 A view of the city of Malta, on the side of the Lazaretto or pest-house, where ships perform quarantine, by Joseph Goupy, around 1740-1760. Cartographic Items Maps K.Top.84.102.g BL flickr

The ports of Venice, Genoa, Marseille and the City of Malta already had long established marine quarantine systems that British sailors would have had to adhere to, so a British version was considered long overdue.

Barrington describes the quarantine procedure that he envisions establishing with the bill.  First, every ship coming from the Levant, or countries infected with plague would make a signal to the shore when coming into port.  Then an officer of quarantine would visit the ship and see that it has no communication with others or the shore until the ship is brought into a quarantine lazaret (or lazaretto).  A lazaret was a quarantine station for maritime travellers, sometimes these were a ship permanently at anchor, a small island or a building.  Here the incoming ship would be quarantined for a set time period to allow for the identification of any cases of disease.  If the ship and crew managed to complete their quarantine without cases, the ship would then be given a certificate of health and be allowed to proceed.

Barrington mentioned locations in the Thames or Medway. The bill for Enlarging and Regulating the Trade into the Levant Seas passed and came into enforcement in 1754.  It is likely the subsequent quarantining took place on the Medway near Lower Halstow.  Antiquarian Edward Hasted noted in 1798 that two large hospital ships were stationed there as lazarettos.

Posted by India Office Records at 09:00:00 in Health , Journeys , Manuscripts