In 1799 the East India Company’s army killed Tipu Sultan of Mysore.  To ensure the end of his dynasty, the women of his court were exiled from Mysore Kingdom to the fort at Vellore, in the Company controlled presidency of Madras.  Roshani Begum was a dancer in Tipu’s court, and one of the hundreds of women that the Company placed under house arrest.  Originally named Pum Kusur, she was a dancer from Adoni who, along with her sister, joined Tipu’s entourage when he was still a prince.  Roshani Begum was the mother of Tipu’s eldest son, Fateh Haidar, making her a high-status woman at court.  Her son’s portrait, painted in 1801, shows a young man in his 20s, suggesting that Roshani Begum joined Tipu’s entourage in the 1770s. 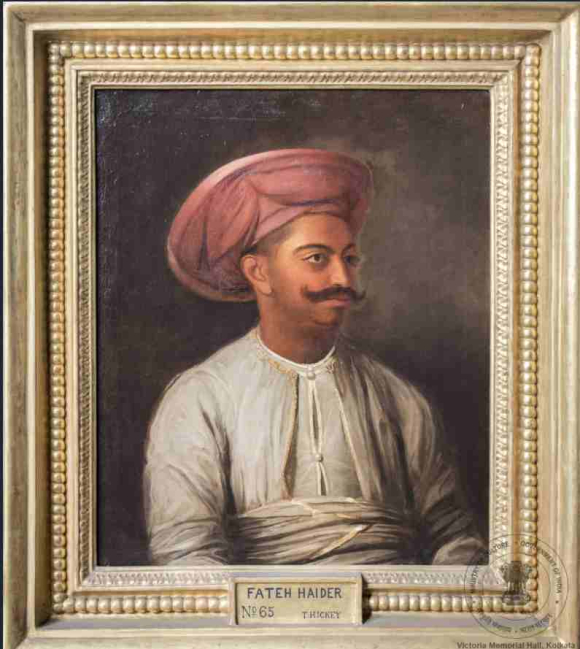 In 1802, along with about 550 other women, Roshani Begum was transported from Mysore Kingdom to Vellore Fort, and remained under East India Company custody for the rest of her life.  In spite of suddenly becoming the charge of a foreign trading company, she continued in her vocation.  In 1804 she adopted a girl named Goozeib, whom she trained in her dance traditions.  There were other newcomers inside Vellore Fort, with the population of Tipu’s exiled harem rising from 550 women in 1802 to 790 individuals by 1806.  These increases were reported to William Bentinck, the Governor of Madras, who issued instructions in February 1806 to cut their maintenance budgets.  To him, it was a pragmatic move to reduce their numbers, but to women like Roshani Begum, it spelled the end of the courtly traditions they were trying to uphold. 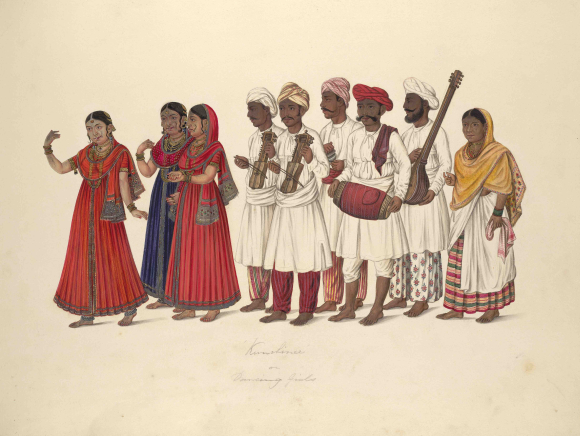 Between February and June 1806, immediately after Bentinck issued the cutbacks, four of Tipu Sultan’s daughters were married at Vellore.  Each wedding featured several days’ worth of music and dance performances inside the fort.   The content of these performances was planned by the musicians and dancers of Tipu’s court such as Roshani Begum.  These festivities coincided with the rapid spread of “destructive tales” about the East India Company’s Indian soldiers at Vellore Fort.  Their uniforms, particularly their headgear, was pinpointed as an affront to their families, and they were told that by wearing them, they’d be denied food, water, and the right to get married.

These threats of domestic expulsion had such a profound effect on the soldiers that, on the evening of 9 July 1806, after a dance performance in the fort, the sepoys of the Madras Native Infantry mutinied.  They killed 129 men, raised the flag of Mysore Kingdom, and declared Fateh Haidar, the son of Roshani Begum, as their king.  The East India Company’s response was to send a relief force to Vellore that killed almost 350 mutineers.  Accounts of the Vellore Mutiny typically view this moment of violence as a purely military event, but closer examination reveals that women like Roshani Begum, motivated by the East India Company’s spurning of their traditions, used their influence as court performers and story tellers to foment a dangerous uprising.