The Marital Affairs of Heirs: Marriage Negotiations of Prince Charles

Now available on Digitised Manuscripts is Stowe MS 174, comprising part of the state papers of Sir Thomas Edmondes (1563 –1639), ambassador to King James at Paris.  It primarily concerns the marriage negotiations for Charles I (then Prince of Wales) to Princess Christine Marie of France, sister of Louis XIII.  The letters provide a fascinating insight into the political marriage game of seventeenth-century Europe. 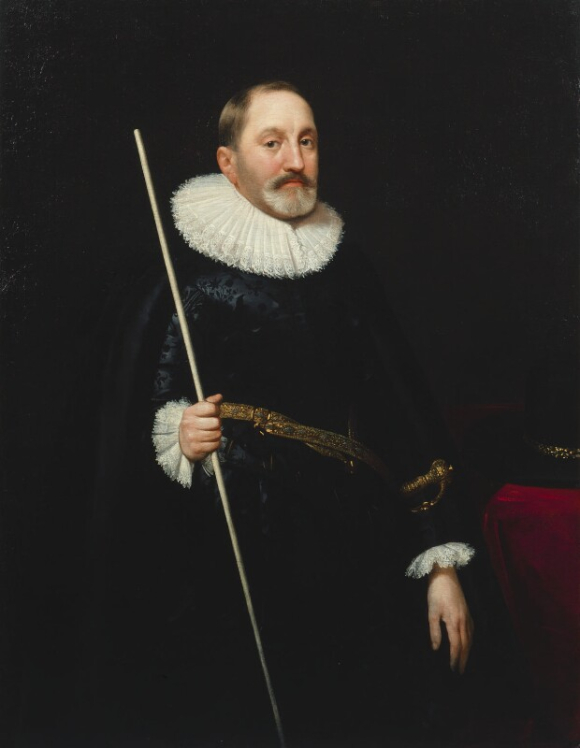 For seventeenth-century royalty, marriage wasn’t a private union of love.  Marriage was a political contract, negotiated by committee.  In April 1612 James I had been in negotiations with France for six-year-old Christine’s marriage to eighteen-year-old Henry, his eldest son and heir.  The proposition from the French court had come at a time when James’s coffers were running low, offering a convenient opportunity for replenishment, and a political union with France.  Correspondence regarding Henry’s match to Christine can also be found amongst Edmondes’s State Papers in Stowe 172 & Stowe 173.

When Henry died in November 1612 from typhoid, focus shifted to Charles, as did the expectations that came with being heir - including proposed wives.  James was keen to retain the important Anglo-French alliance, and the French princess’s dowry, so in December 1612 - following a somewhat brief period of mourning- the King instructed Edmondes to recommence negotiations.  This time twelve-year-old Charles was to be the groom. 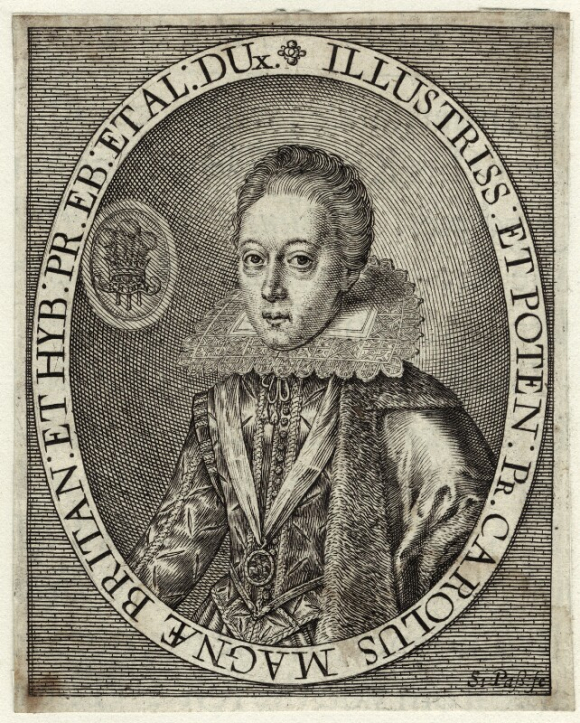 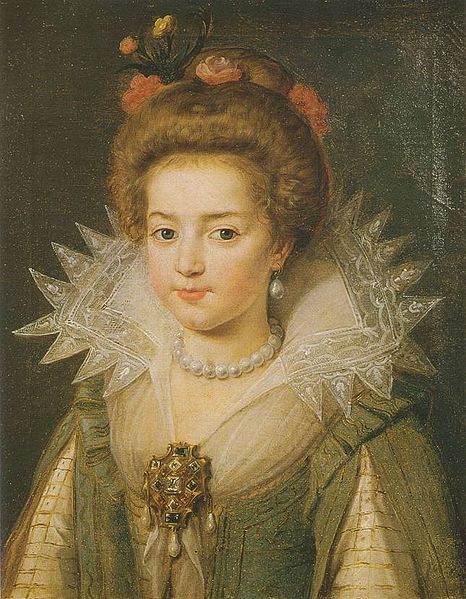 Negotiations moved slowly. Edmondes’s papers document the lengthy back and forth of agreeing the terms of marriage, and the all-important 'political prenup'.  In a letter dated 9 June 1613 (ff.84r-88v) outlining James’s terms for the French Court, he requests the same dowry of 800,000 French Crowns as previously agreed for Christine’s match to Henry.  The French considered this too high for the new match, and in a later letter, James deemed it unnegotiable (f.192).  Andrew Thrush estimates 800,000 Crowns as being roughly equivalent to £240,000, which would have modern purchasing power in the region of £30,000,000! 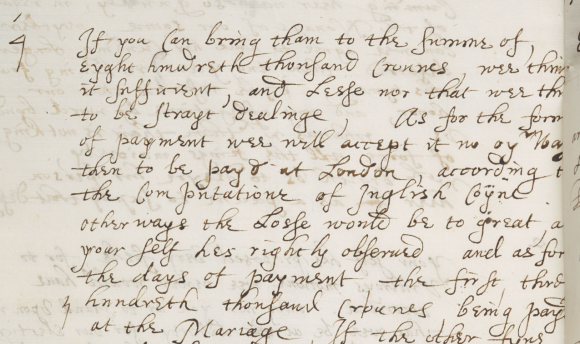 Article 8 in the letter of 9 June states that Christine will be provided with a room for prayer, but permitted the service of only two priests - this would later change to four.  Article 9 notes that she may keep her jewels, but if she bears a child, they (and thus England) will be entitled to a portion.  Another letter dated 20 July 1613 (ff.124r – 130v) stipulates that Christine will not be delivered to Charles until after the solemnisation of the marriage, and that if either party dies before they bear a child, the marriage should be dissolved, leaving them both free of this foreign tie. 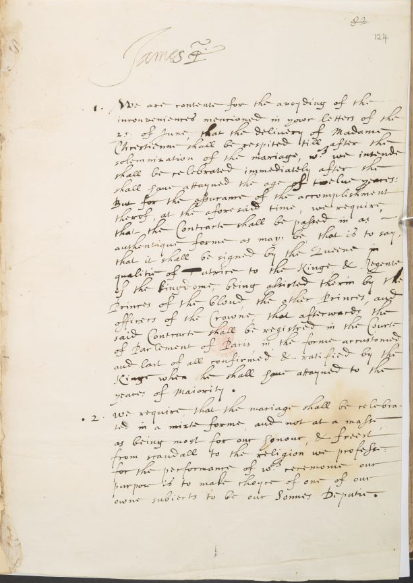 Stowe MS 174 f.124r. - Volume 9 of the Edmondes Papers. Letter from James I to Thomas Edmondes outlining several of the Articles of Marriage under negotiation.

The Protestant Privy Council of England had been opposed to the Catholic match for both Henry and Charles, and certainly some of the French demands, such as their insistence that a Catholic Bishop perform the marriage, would have increased their discontent.  Despite England and France eventually agreeing terms in late 1613, French domestic difficulties in 1614 most likely quashed the proposal.  Nevertheless, Charles was eventually married over a decade later (following the infamous failed ‘Spanish Match’) in 1625 to Henrietta Maria of France, Christine Marie’s younger sister.

Further reading:
Stowe MS 174 has been digitised and made available as part of the Library’s Heritage Made Digital project to digitise our collection of Tudor and Early Stuart material. Here is an introduction to the digitisation project.
Andrew Thrush, “The French Marriage and the Origins of the 1614 Parliament” in Stephen Clucis and Rosalind Davis eds. The Crisis of 1614 and the Addled Parliament. Literary and Historical Perspectives, (Routledge, 2018).
British Library, Stowe MS 166-177: 1592-1633. Collection of State Papers and correspondence of Sir Thomas Edmondes, Knt.; 1592-1633. Including A full list of the correspondence in Stowe MS 172-174.