A Scandalous Annotation: the story of Madame Grand

On 10 July 1777 a marriage was recorded in the Bengal Parish Registers between ‘Mr Francis Grand, writer in the Hon'ble Company’s Service and Miss Varle of Chandernagore’.  Sometime afterwards, the register was annotated in a different hand ‘This is the famous Madame Grand, afterwards wife of Talleyrand’.

Annotations of this sort in official registers are highly unusual, and someone thought Madame Grand famous (or infamous) enough to add the note.  So, what was the story of Madame Grand?

Nöel Catherine Werlée (sometimes Worlée, Verlée or Varle) was born in Tranquebar – sources put her date of birth as 21 November 1761 or 1762.  She was the daughter of Peter John Werlée, Capitaine du Port, and had both Danish and French heritage.  She met George Francis Grand in Bengal at Ghireti House, home of Monsieur Chevalier, Governor of the French Settlement at Chandernagore, and the couple formed an attachment.  At the time of her marriage to Grand in 1777, Catherine would have been in her mid-teens.  In Narrative of a life of a gentleman… Grand writes ‘…never did a union commence with more brightening prospects.  On our parts, it was pure and disinterested, and blessed with the sincerest attachment’.

Despite settling down to married life in Calcutta, the couple’s happiness was not to last.  The young Catherine Grand came to the attention of the notorious politician Philip Francis, and on 8 December 1778, Grand returned home to the news that Francis had been apprehended in his house after attempting to seduce his wife.  Grand acted swiftly to banish Catherine to her family in Chandernagore, and to successfully sue Francis for ‘criminal conversation’ or adultery in court, receiving a judgement of 50,000 sicca rupees.

Catherine Grand appears to have lived at Hooghly under the protection of Philip Francis during 1779.   Perhaps having been rejected by her husband she felt she had little choice.  The affair was not to last, and Madame Grand did not stay in India, leaving for Europe in December 1780.  By 1783 she was in Paris, where she was painted by Élisabeth Vigeé Le Brun. 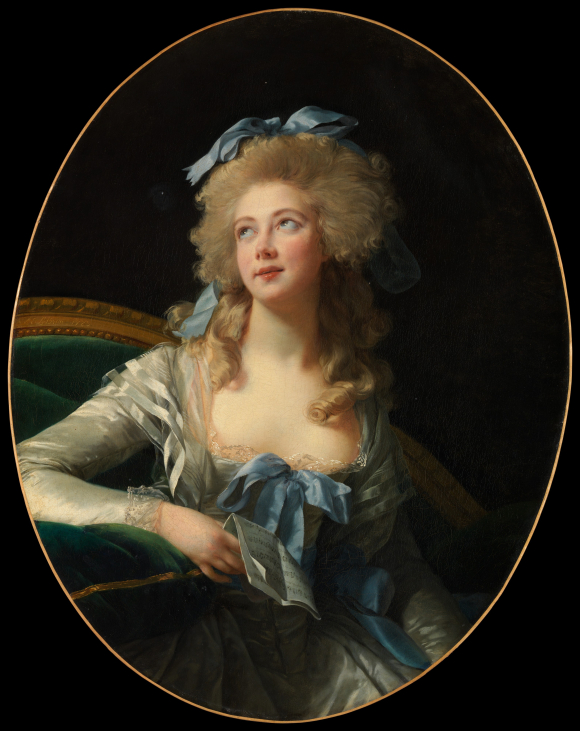 Sometimes described as a courtesan, Catherine Grand moved between London and Paris during the French Revolution, rumoured to be supported by a number of wealthy men.  By 1797 she was living with the Foreign Minister Charles Maurice de Talleyrand-Périgord.  Catherine Grand was divorced from her husband in absentia in 1798, and in 1802 she married Talleyrand, supposedly at the behest of Napoleon in order that the wives of foreign dignitaries could be received by her.  As a result of her marriage she became Princess de Benevento and later Princess de Talleyrand.

After their marriage the Talleyrands settled at Neuilly.  Marriage did not seem to suit them, and they began to lead separate lives.  By 1815 the couple was estranged, with Catherine living in London, although she continued to receive financial support from Talleyrand.  She returned to Paris later in life and lived at Auteil, where she died on 10 December 1835.