The Women’s FA Cup Final at 50: putting the women’s game on the record

To celebrate the 50th Anniversary of the first Women’s FA Cup Final on 9 May 2021, Chris Slegg, journalist and stakeholder of the Women’s Football Association Archive, held at the British Library, explores his research into the women’s game. 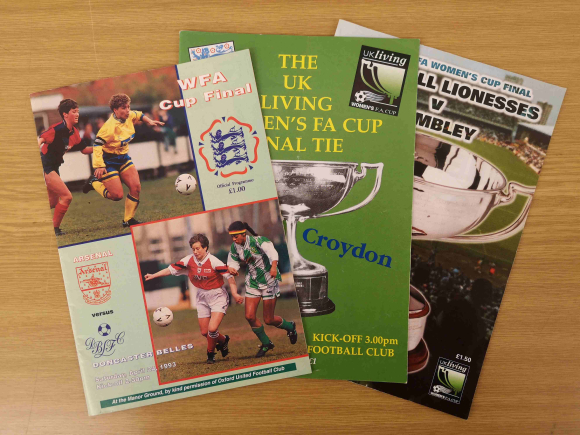 ‘I’ve loved football my entire life.  My book shelves are crammed full of record books and history books about the game, and they are almost exclusively about the history of the men’s game.

It struck me that most football fans are familiar with the classic men’s FA Cup finals.  We all know about the great goals too.  The history of the Women’s FA Cup though has remained largely unknown.  Even finding a comprehensive list of every scorer in a Women’s FA Cup final was not possible.

So Patricia Gregory and I decided to combine our research and bring this history together.  Gregory is a former colleague of mine at the BBC and was a founding member of the Women’s Football Association. 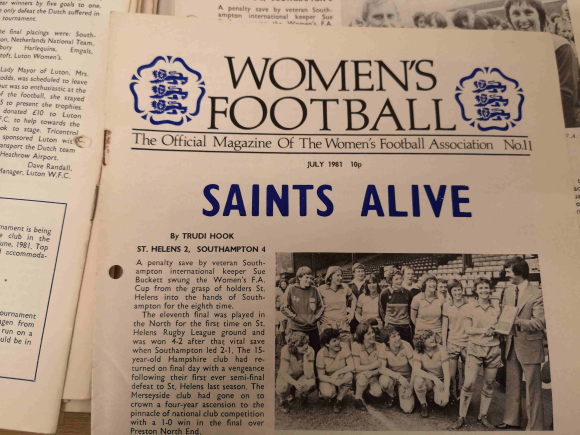 At the end of the 1960s she and her peers at the WFA fought the FA to overturn the ban on women playing that had stood since 1921.  They were successful in their efforts and set up the first ever national cup competition for women in the 1970-71 season which became the Women’s FA Cup we know today.

Those players who took to a bumpy pitch inside an athletics stadium at Crystal Palace as Southampton beat Scottish side Stewarton Thistle 4-1 in the 1971 final paved the way for what we have half a century on - a final attended by more than 40,000 fans (pre-Covid) at Wembley and watched by two million viewers live on the BBC as well as a fully professional Women’s Super League.

Patricia and I set about reading through every WFA newsletter and match programme we could find, as well as searching the British Newspaper Archive, interviewing dozens of former players and managers and viewing any surviving TV footage.

Together with the help of far too many people to mention we have undertaken the most comprehensive review of the Women’s FA Cup Final ever carried out.

Finally some of the statistical mysteries have now been solved.  While football fans are well-versed in the men’s Cup final trivia, through our research we have been able to establish the equivalent record holders in the women’s game for the first time.  We are hoping to surprise them soon with confirmation of their achievements.

“We wanted to celebrate the great games, great goals and great players throughout the decades and to fully recognise the achievements.  Even when the ban was overturned women players weren’t welcome and there was barely any coverage,” says Gregory.

Sexist newspaper coverage in the 70s and 80s was commonplace with reports written almost exclusively through male eyes.  Few journalists seemed to be able to resist referring to any errors as “boobs” and players even had their marital status disclosed during reports.

We’ve come a long way from there but it’s notable that the winners of the FA Vase (a competition for non-League men’s teams who play in the ninth and tenth tiers of English football) collect £30,000 in FA prize money – that’s £5,000 more than Manchester City Women were awarded for winning the 2020 Women’s FA Cup.  There’s still a long way to go in the fight for equality in football.’

Further reading:
The result of this research will be published in the book A History of the Women’s FA Cup Final, released on 6 May 2021 by the History Press. The book celebrates the 50th anniversary of the very first final which was held on 9 May 1971.
The Women’s Football Association Archive British Library Add MS 89306. For further information on the Archive, please contact Eleanor Dickens - eleanor.dickens@bl.uk.
British Newspaper Archive 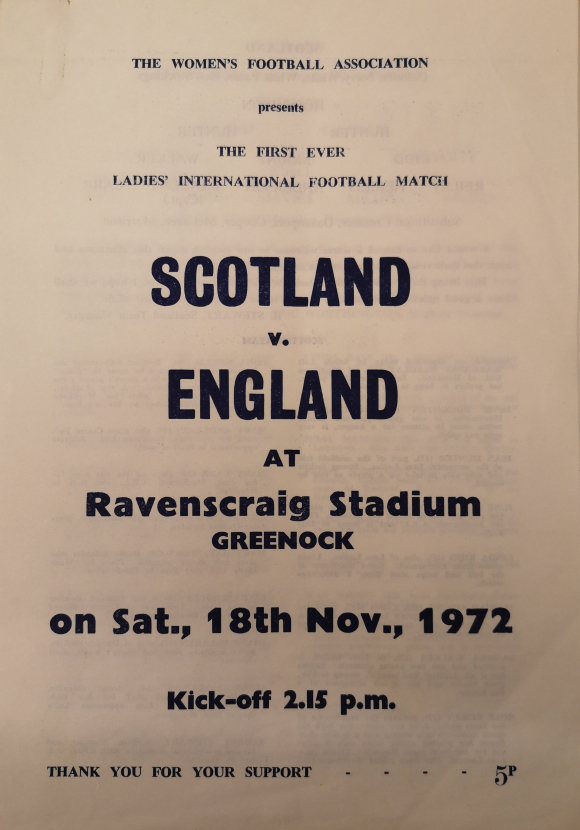 Programme for the first ever international football match for the England team who played Scotland at Ravenscraig Stadium on 18 November 1972.  Copyright – Patricia Gregory.