In the 1830s, thousands of London warehouse labourers lost their jobs when the East India Company stopped all its commercial operations.  The men were given pensions, but some decided to apply for a lump sum in lieu of regular payments to enable them to emigrate with their families.  Sometimes this bold step was not as successful as the labourers believed it would be. 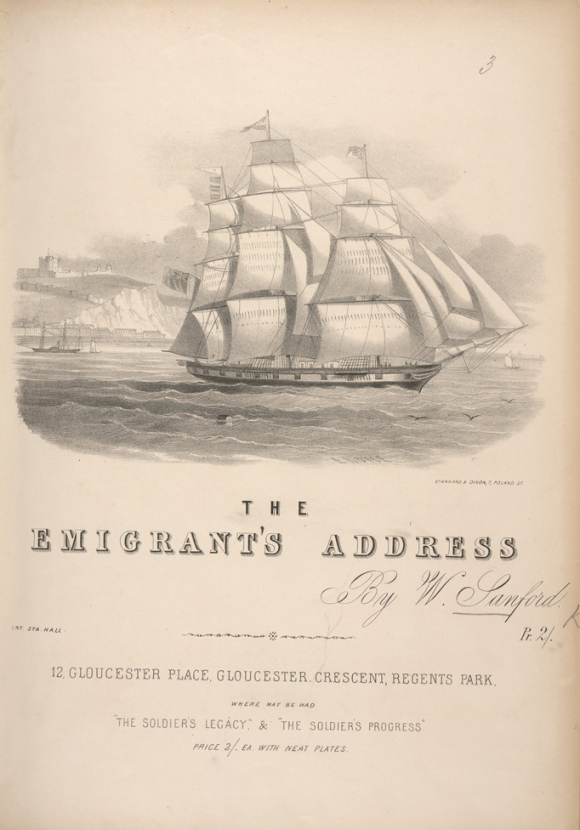 Samuel Benstead retired from the Company’s Fenchurch Street tea warehouse in September 1834 aged 41 on a weekly pension of 7s 6d.  He couldn’t find work so he put in a request to commute his pension so he could emigrate to New York with his wife Frances Mary (Fanny) and their seven children.  Samuel had been a hosier before joining the Company and he planned to work in America as a slop seller  (a dealer in cheap ready-made clothing).  After rejecting his first application, the Company granted him a lump sum of £203 in February 1835.

Samuel had had to undergo a medical examination by a Company surgeon to prove that he was in good health and of temperate habits.  He had also submitted a certificate, signed by a doctor in Whitechapel, that he was sober and industrious and that there was a reasonable prospect that the large sum of money would be more useful to the family than a regular allowance.

In May 1838 Samuel wrote to the Company from America, petitioning for help. The family had arrived in New York in May 1835. Within a few weeks Samuel had set up business as grocer in New Jersey.  Then he was persuaded to invest in a ‘large concern’ and lost money.  He was reduced from ‘most flattering prospects to perfect destitution’.  Another child was born in 1836.

A second letter was sent by Samuel in July 1838, but this time from Limehouse Fields in London.  Help from a friend had enabled him to return on a Quebec packet ship.  When he landed after 3½ years’ absence, Samuel only had 6d in his pocket.  His two eldest sons had been left in America where he believed they would do well.  The Company turned down Samuel’s request for help.

In April 1840 Samuel petitioned the Company again, giving more details of what had happened in New York.  His business as grocer and general provision dealer was successful until May 1837 when it was hit by the ‘Panic’, a financial crisis in New York.  Almost all business was done on credit, and many hundreds of dollars were owed to Samuel.

Penniless and sick on his return to London, Samuel said that he now had a good opportunity in Jersey and asked the Company for a small sum to help him move his family there.  He claimed he had no other prospect on earth if he couldn’t get to Jersey.  The Company decided that Samuel’s request could not be considered, so in May 1840 his wife Frances sent another petition asking for help with transport costs.  This was also turned down.

The 1841 census shows Samuel, once more a hosier, living in Mile End Old Town with Frances and four of their children aged between four and twelve,  By 1851, Samuel was dead, and Frances was working as a nurse, still living in Mile End with a daughter and two sons.