In the 18th century nearly 2200 voyages were made by ships sailing for the East India Company.  Of these, 42 ships were ordered to remain abroad and on 2014 occasions the ships returned home.  Another 34 ships were captured by the enemy and 108 were lost.  Of this 108, sixteen blew up or were burnt, eighteen were wrecked, some were just lost and not seen again, but ten were lost in the Hugli River approaching Calcutta.  One of these was the Lord Mansfield under Captain William Fraser.  His ship was ‘Lost in the Bengal River, 7 Sept 1773’ but thankfully the crew and passengers were all saved. 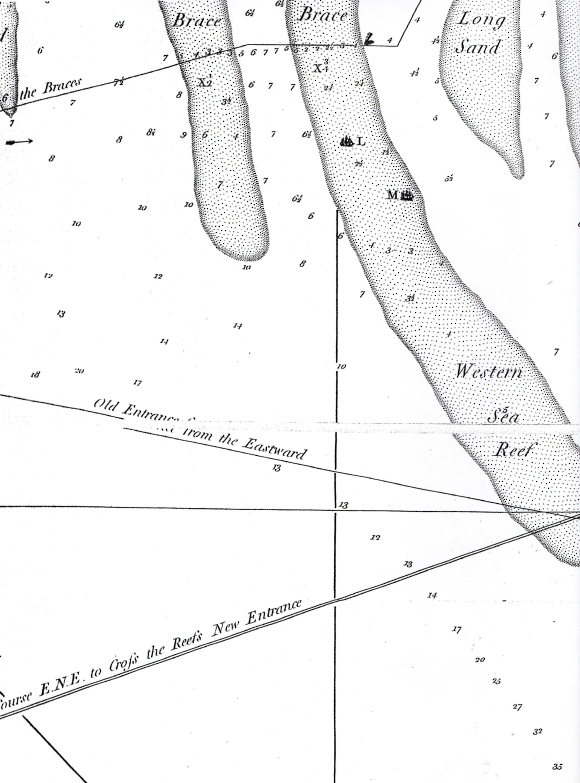 Extract from Maps K.MAR.VI.24 'Entrance of the Hughly River with its course from the town of Calcutta' by Benjamin Lacam (1779) showing the location of the Lord Mansfield and the Lord Holland lost in the Eastern Brace.

This was Fraser’s first voyage in command of an East Indiaman, but instead of leaving the service of the Company in disgrace the Court found the loss was due to an error of judgement by the pilot and that the Captain was in no way to blame.  Fraser went on to captain a new ship, Earl of Mansfield, for three more voyages under the same owners before he retired from the sea in 1785.

IOR/B/90 p.145 Minutes of East India Company Court of Directors 22 July 1774 stating that Fraser was not to blame for the loss of his ship.

Many of the East India Company officials and administrators came home from India to build luxury homes and become Members of Parliament, J.P.s etc.  However the captains, being used to command and making instant decisions, often wanted a life with more challenges.  Many of them continued their connection with the sea by managing ships for voyages carrying the East India Company cargoes.  Fraser continued in this way for 25 years, managing nine ships making 34 voyages.  He was a little unlucky early on in this venture: Ocean struck a reef in the Banda Sea (east of Indonesia) and was scuttled on 5 February 1797, while two years later Earl Fitzwilliam was burnt in the Hugli River on 23 February 1799. 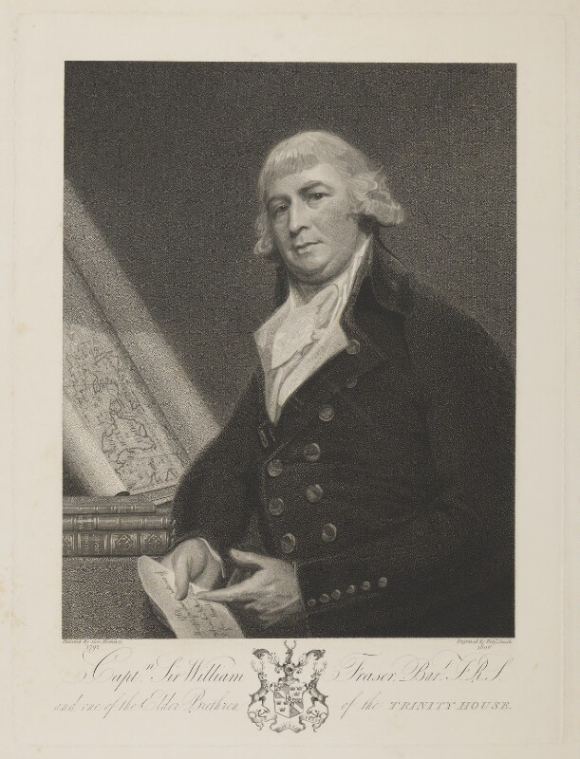 On 26 September 1786, almost exactly a year after he retired as a Captain, William Fraser married Elizabeth (Betty) Farquharson at St Giles, Camberwell, and they went on to produce a large family – 28 children according to the Gentleman’s Magazine!  While he conducted his business from premises at New City Chambers, Bishopsgate, he also had a home for his family beyond the City.  By 1804 Fraser was paying rates on Ray Lodge at Woodford, Essex.  The previous owner, Sir James Wright of Ray House, started to build Ray Lodge on part of his land in 1793.  He commissioned John Papworth (later John Buonarotti Papworth), who was then only eighteen years old, as architect for the house which was intended for his son George.  This was a splendid new home for Fraser’s growing family, with a 64-acre park out in the country air but an easy ride to the shipyards at Wapping and his business interests in the City.

Fraser was made a Fellow of the Royal Society in 1791 and was created 1st Baronet of Ledeclune in 1806.  He was also an Elder Brethren of Trinity House.  He attended the Prince Regent’s levee on 12 February 1818 in good health, but he died suddenly the next day in a fit of apoplexy at Bedford Square, London.  His memorial tells us he was in the 78th year of his age and he left a widow, three sons and eleven daughters still living.

Posted by India Office Records at 10:54 AM