Let us introduce you to a remarkable woman called Elizabeth Blackwell and her book, A Curious Herbal.  The British Library is lucky enough to have three copies of this important book.  Elizabeth Blackwell, born in the early 1700s, was the first British woman to produce a herbal.  She drew, engraved and coloured the 500 illustrations single-handedly.  The unusual story behind the herbal’s creation makes it even more interesting. 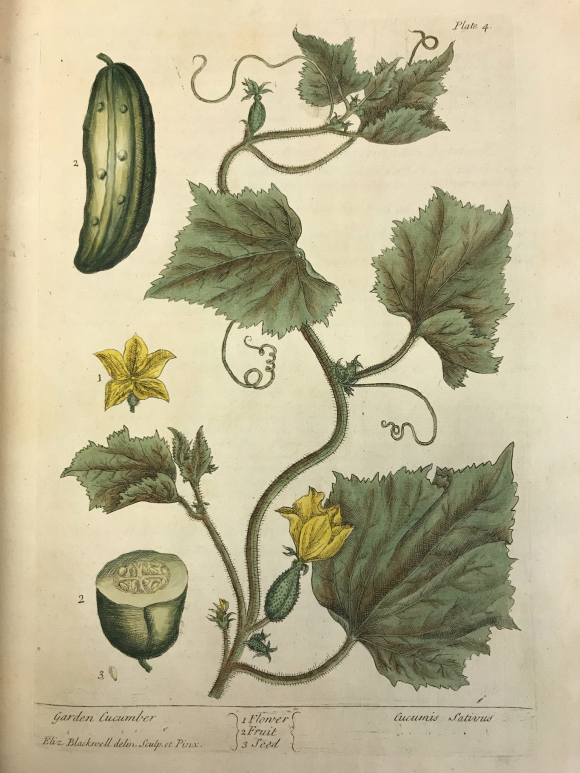 Elizabeth’s husband Alexander was a shady character.  He practiced as a doctor in Aberdeen but had no formal medical training or qualifications.   When he was challenged the couple fled to London.  Alexander then tried to establish himself as a printer.  However, the authorities discovered that he hadn’t completed the mandatory apprenticeship.  His breach of regulations incurred a heavy fine which he couldn’t pay.  So he was sent to debtor’s prison.  Elizabeth decided to publish a herbal to support herself and her child, and raise enough money to secure her husband’s release from prison. 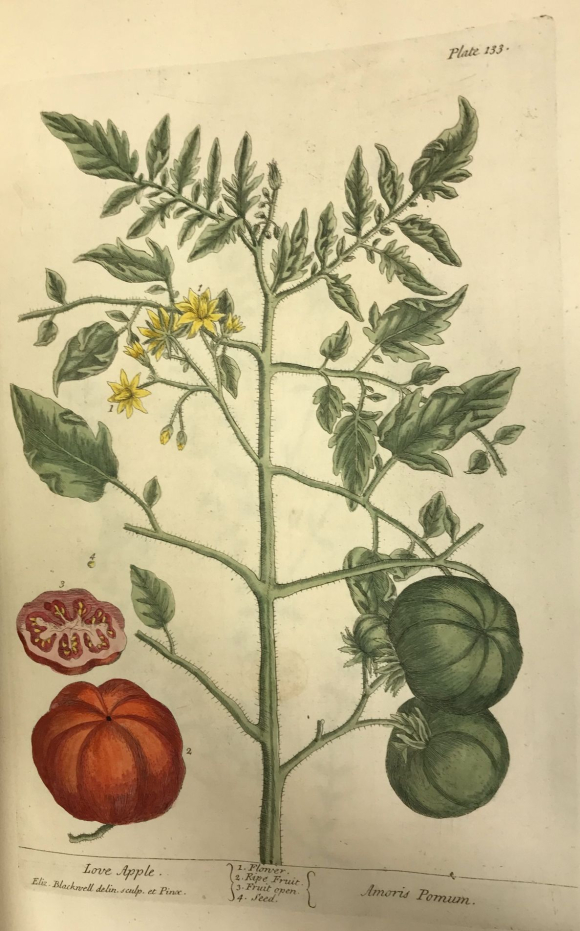 Elizabeth published A Curious Herbal in parts between 1737 and 1739.  Several leading botanists endorsed her.  She also approached Sir Hans Sloane who granted her access to the foreign plant specimens in his collection (see the blog post Introducing Elizabeth Blackwell to Hans Sloane).  There were 500 engraved illustrations in total, all hand-coloured by Elizabeth herself.  Normally this would require three separate professionals.  She drew specimens not only from England but also many from North and South America.  These specimens were brought to England by colonists and botanists who often had links to slave labour plantations. 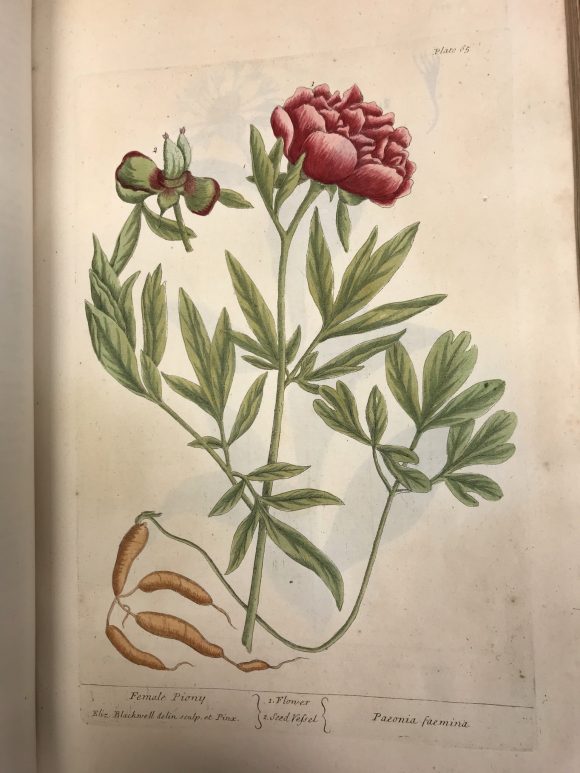 Elizabeth’s plan worked. Her profits secured Alexander’s release from prison. But, despite his wife’s heroic efforts, he was not a reformed man. His debts built up once more and he became entangled in a political conspiracy in Sweden. He was beheaded for treason in 1748. Elizabeth Blackwell faded from the historical record after this – we don’t know much about the rest of her life. But she will always be remembered for being a pioneer in botanical illustration and for her heroic efforts to help her (useless!) husband. 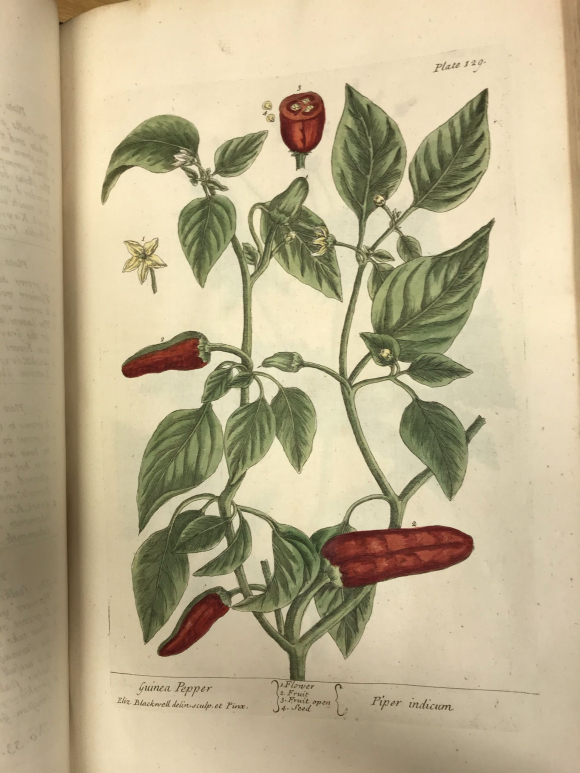 This summer A Curious Herbal is being used to inspire current budding botanical illustrators taking part in the Entangled Sketchbook Challenge organised by Lancaster University.  The Challenge invites people to examine the natural world around them using a series of prompts to make daily notes, doodles and drawings to record details of what they find, including the date, time and weather.  The hashtag for sharing these drawings on social media is #EntangledSketchbooks.

Challenge participants can also ask for their favourite sketchbook pages to be considered for an online exhibition that will be part of the Entangled Festival, a week-long celebration of arts, environment and technologies, which is taking place online and outdoors in Morecambe Bay from 18- 26 September 2021.  To submit drawings for this, please email good quality photographs or scans to entangledfestival@gmail.com using ‘Exhibition submission’ in the email subject line.

Good luck to everyone taking part in the challenge.  We hope Elizabeth Blackwell’s wonderful illustrations provide delight and encouragement for you to draw some nearby plants, flowers and trees.