The British Library celebrates the work of famous or professional historical figures but also gives an insight into the lives of lesser known people, one of whom was art teacher, Hilda Elizabeth Henry (1885-1936). 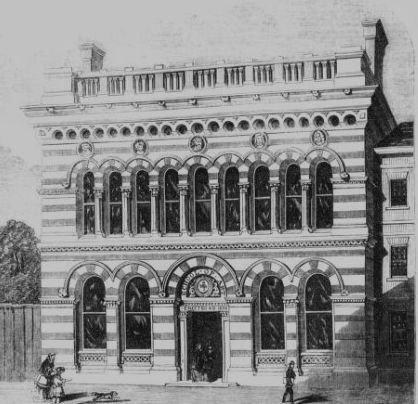 Sheffield School of Art - these purpose-built premises in Arundel Street opened in 1857 - Illustrated Times 22 November 1856 British Newspaper Archive via Findmypast.  The School was renamed Sheffield Technical School of Art in 1903.

At a time when women’s lives revolved around the home, Hilda was something of a pioneer.  She was born in Ceylon (Sri Lanka) and when the family moved to Sheffield continued her education there at the High School, at University College and at the art school.  The Sheffield Technical School of Art accepted women students and furthermore recognised Hilda’s talent by awarding her a prestigious 'Montgomery medal'. 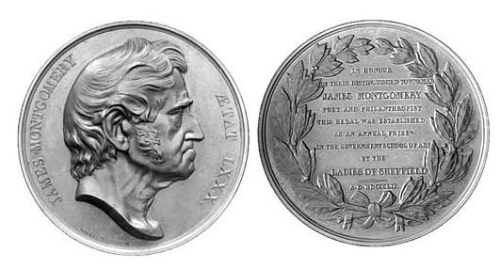 Despite periodic bouts of ill health, Miss Henry made a successful career in education. From 1910-25 she taught art at the Cheltenham Ladies' College where she bound a copy of Rolland’s Vie de Michel-Ange in 1915. 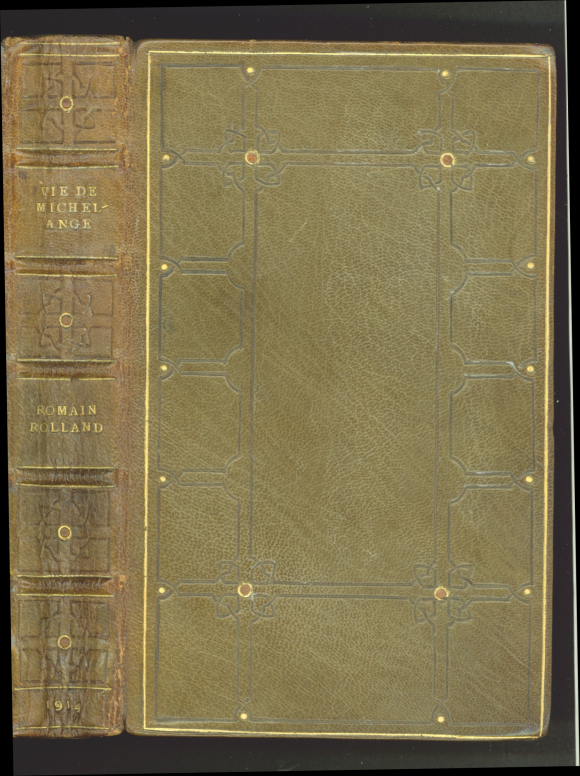 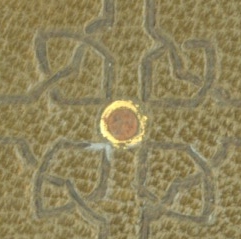 She has been described as 'clearly an amateur', but she took her work seriously and signed herself  'Hilda E. Henry. Binder'.  The fact that she chose to present it to the college is an indication of her satisfaction with her work.

Interestingly, the College had another connection with bookbinding via one of their governors, the celebrated practitioner Sarah Prideaux, member of the College Council from 1907-1922.  Did Miss Prideaux ever see Miss Henry’s binding, which was kept in locked case (M19) and if so, what was her opinion?

From 1925, Miss Henry was much in demand in Tamworth as mistress of the Tamworth Art School, art mistress of the Grammar School and the Girls' High School, and supervisor of the art teaching in the elementary schools of the borough.  The council paid her £60 a year for the latter post.

Miss Henry’s interests were wide ranging.  She exhibited tooled and embossed leather work at the Autumn Exhibition of the Royal Society of Artists in 1929.  Her pupils were also encouraged to find new ways of artistic expression including leather work, lino cutting and embroidery as well as the customary design, painting and drawing.  Perhaps the most telling tribute to her abilities as an art teacher was a compliment paid by Mr F. Burkitt, the headmaster of the Grammar School: 'She had already made the boys look forward with pleasure to each art lesson, and what was more valuable, to do work of their own accord out of school'.

The copy of  Rolland’s Vie de Michel-Ange bound by Hilda E. Henry was acquired recently by the British Library and is awaiting cataloguing.