A few years ago, the owners of a house built on land in Twickenham, previously owned by JMW Turner, dug up some bones in their garden.  The police were called but the bones turned out to be of animal rather than human origin.  Could this be the final resting place of Turner’s horse?

In 1813, when Turner and his father William (‘Old Dad’) moved into Sandycombe Lodge, the house that Turner had designed and built in Twickenham, they brought with them their horse, Crop-Ear.  Turner bought a nearby small plot of land as grazing, and probably stabling, for the horse.  In Walter Thornbury’s early biography, Turner’s great friend Henry Scott Trimmer describes ‘an old crop-eared bay horse, or rather a cross between a horse and a pony’.  Turner and his father were often seen in the area riding in a gig pulled by Crop-Ear.  When Trimmer accompanied Turner on sketching expeditions, sometimes going as far as Runnymede, he says that they went ‘at a very steady pace, for Turner painted much faster than he drove’. 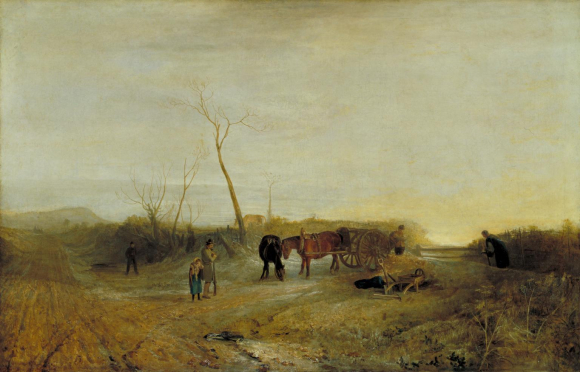 Turner used Crop-Ear as a model and he appears most memorably in Turner’s celebrated painting Frosty Morning.  In fact, both horses in the picture are probably modelled on him.  Some of Turner’s detractors said that he was unable to paint horses and paid another artist to do it for him, a claim which he vehemently denied.  Thornbury reports Henry Trimmer asking Turner if it was true that Gilpin had painted the horse in Hannibal Crossing the Alps.  Turner replied firmly that it was his own design and that no other painter had ever touched any picture of his.

Crop-Ear came to a tragic end in his stable, somehow managing to strangle himself in his reins. Turner was reported as being very upset by this sad accident. He and his father had to drag the body from the stable and bury it somewhere on his land.  No mean feat. And the mystery bones?  They turned out to be from a cow. 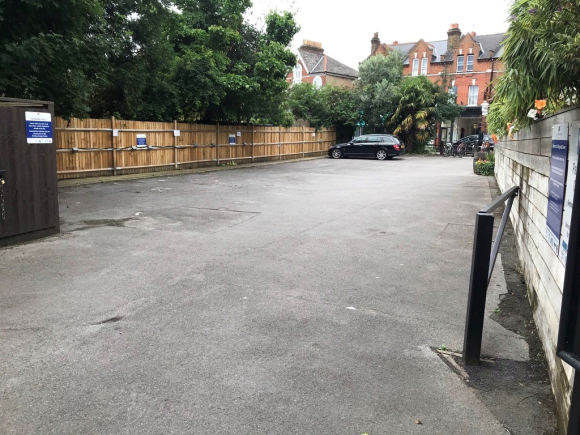 Crop-Ear is most likely buried on the land that Turner bought as grazing.  When he sold Sandycombe Lodge in 1826, he kept the meadow, eventually selling it, at a handsome profit, to the Windsor, Staines & South Western Railway, which arrived in Twickenham in 1848.  The St Margaret’s Tavern now stands on the site and Crop-Ear, like a well-known English monarch, may well be buried under the car park.

Turner’s restored house in Twickenham is open. Check the website for details.

Posted by India Office Records at 09:00:00 in Arts and crafts , Domestic life