‘An unseemly squabble’ in Aden

An argument at a dinner party.  A guest drinking too much.  A brush with the law.   An evening which would end a 30-year friendship.

After Captain Robert Cogan retired from active service with the Indian Navy, he settled in Aden, working for a trading company.  Perhaps his choice of town was influenced by the presence of his friend Captain Stafford Bettesworth Haines, who was the British Political Agent there. 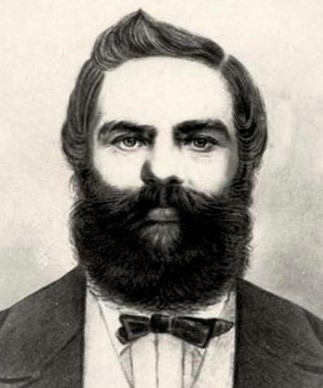 A portrait of Captain Stafford Bettesworth Haines from a lithograph at the British Embassy, Aden.

On 27 October 1846, Cogan and Haines, together with Haines’ wife Mary, dined at the house of Captain George James Duncan Milne.  By the next day, that 30-year friendship would be in tatters.

After dinner, the gentlemen joined the ladies in the drawing room, and Cogan took up the subject of society in Aden, focusing on Mrs Haines’ role and mentioning one occasion where he believed she had been negligent.  The rest of the party disagreed, and this led to a heated argument between Milne and Cogan.  At this point, Haines stepped in to de-escalate the dispute.  The argument continued between Haines and Cogan at Haines’ house, where Cogan called Haines ‘a cold blooded being’, and Haines tried to calm him down and persuade him to go home.

Meanwhile, Haines, acting as the local magistrate, directed a policeman to watch Cogan unobtrusively that night, giving orders that if he seemed about to leave his house to continue the quarrel, he was to be forced to remain at home.  Haines also required Milne to agree not to pursue an apology that night.

The next morning a message came to Cogan from Captain Milne, requiring him to retract his offensive expression.  Cogan readily agreed, and Milne also withdrew his language.  Cogan wrote to Mrs Milne to apologise, and to Captain Haines, regretting his bad taste and the ‘unhappy events…[which] have given me much pain’.  However, he also objected to Haines’ ‘irritating’ manner.  Haines was not satisfied, and replied that Cogan’s ‘conduct and singular expressions of last night preclude the continuance of our acquaintance’.  Cogan, upset, intended to consult friends about the dispute and was in the act of mounting his horse at his door, when ‘for the first time in my life, [I was] publicly arrested by a Police Constable’. 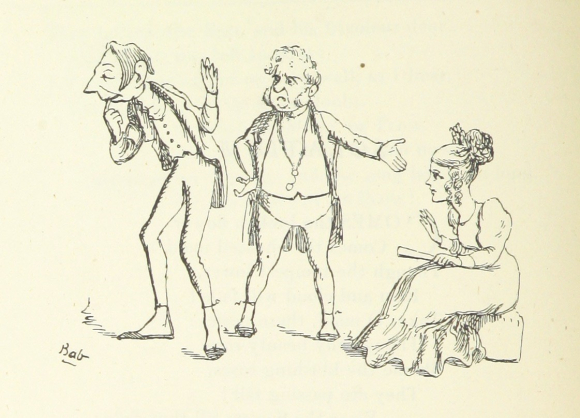 'The Modest Couple' from The Bab Ballads, with which are included Songs of a Savoyard ... With 350 illustrations by the author by William Gilbert, (London, 1898).  BL flickr

This was a misunderstanding, as Haines had only ordered Cogan to be prevented from going out the previous night.  He was freed once Haines had been informed of what had happened.  However, Cogan was outraged to discover that he had been under police surveillance as being ‘likely to cause a breach of the Peace’.  To add to his outrage, Haines refused to forward his complaint about the arrest to his superiors in India, and he had to send it to the Governor of India himself.

The Government took this complaint of arrest on insufficient grounds seriously, although ignored the ‘unseemly squabble’, and asked Haines for his full explanation.  However, they decided that Haines had acted properly as he was motivated by his public duty, especially as Cogan had previously requested that a guest of his was placed under similar guardianship a few evenings before.  It is unclear whether their friendship ever recovered before Cogan died the following year.