One of the most pleasing aspects of private paper collections is the small items of ephemera they often contain.  One example of this in the India Office Private Papers is a folder of memorabilia of Captain James Cecil Thornton (1888-1932), Royal Field Artillery, and Supply and Transport Corps, India and Mesopotamia. 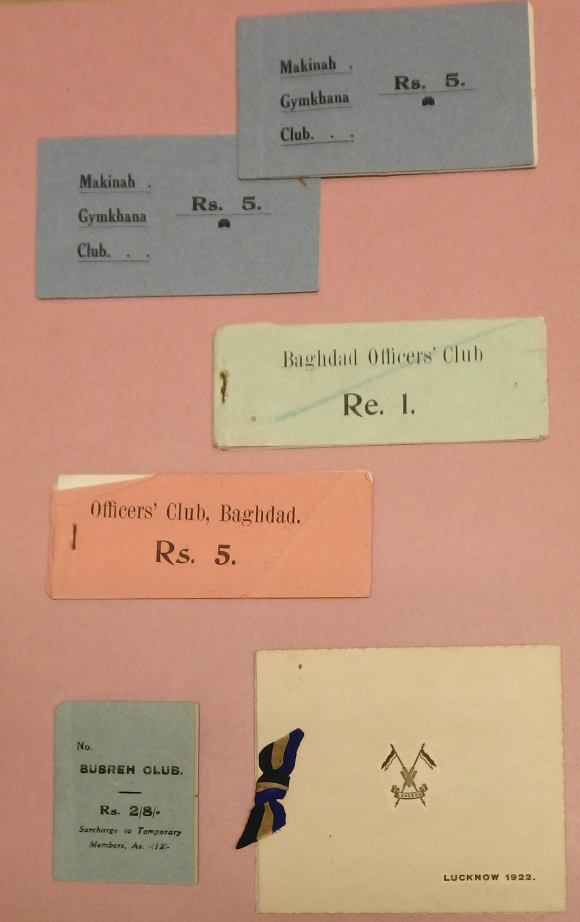 The India Office Records also holds his Indian Army service file which gives some information on Captain Thornton.  Born in London on 22 August 1888, his nationality is listed as Scottish.  His father was George Thornton, residing in Eltham, Kent.  James Thornton joined the Royal Field Artillery in 1912 as a Second Lieutenant.  He clearly excelled in the role as he rose to be appointed a Captain in 1916.  In June 1917 he travelled to India, and in April 1918 was attached to the Supply & Transport Corps in Mesopotamia.  In January 1919, Thornton married Muriel Augusta Florence Hardwick, and they had a daughter, Rosemary Muriel Augusta, born at St George’s Ditchling, East Sussex on 2 November 1919.  The service record also notes Thornton’s language skills.  In February 1918, he passed the examination taken in Baghdad in colloquial Arabic.  He also had conversational Urdu and good colloquial French. 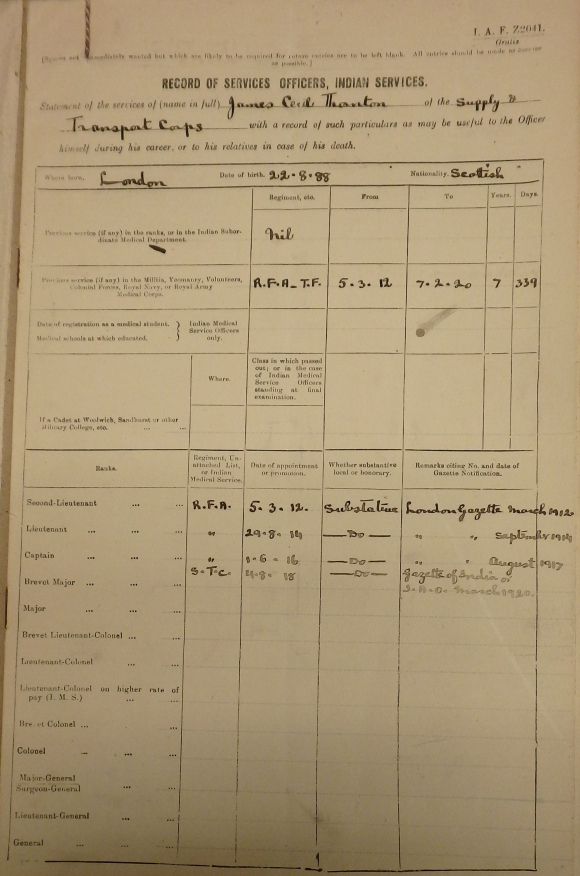 The folder of memorabilia shows the social life of an army officer.  It contains books of tickets for various clubs: Baghdad Officers’ Club, Makinah Gymkhana Club, and the Busreh Club.  There is also a programme of sports held by the 4th Brigade of the R.F.A. on 30 September 1917, and a programme for the R.F.A. Brigade Horse Show on 16 February 1918 at Samarrah. 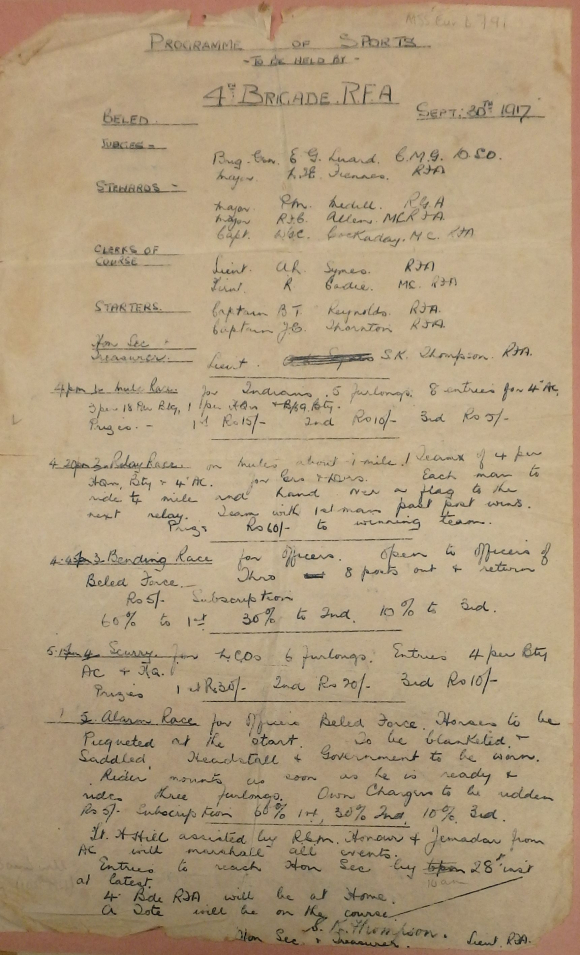 The folder also gives a glimpse into the tasks he performed as part of his duties.  There are two permits ‘to send goods up country’, dated Baghdad 26 October 1917.  The goods listed on the permits were a packet of Baghdad-made clothing articles, a bag of indigo, and 1 bale containing 61 packets of silk and other Baghdad-made articles.  There is also a statement showing the average rates paid for various articles including rice, wheat, barley, ghee, dates, millet, maize, lentils, firewood, sesame and onions. 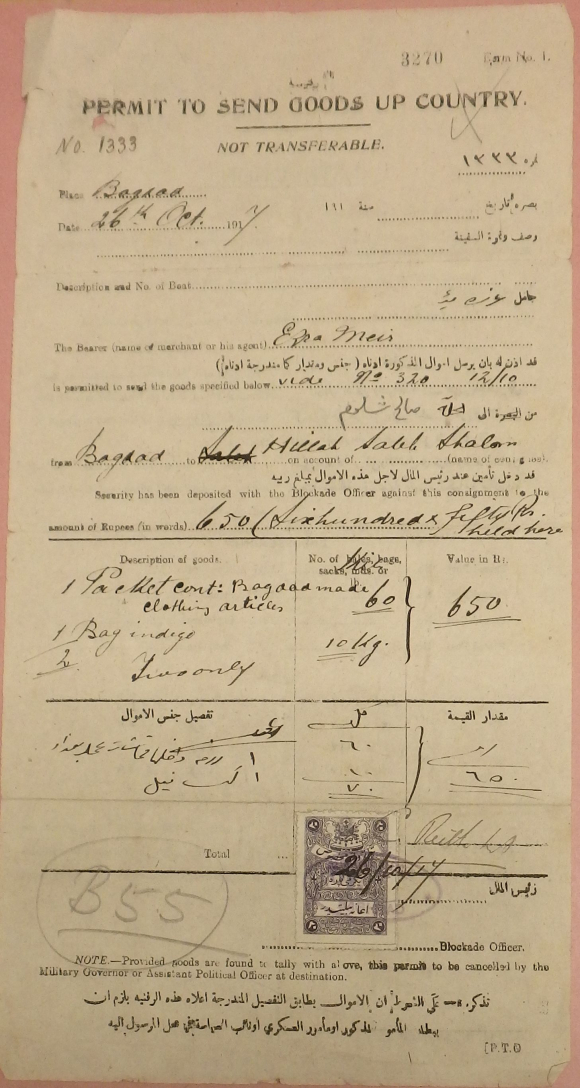 James Thornton left military service in 1922.  He returned to England to pursue a career as a solicitor in Brighton, where he was also responsible for organising the Horse Show for the ‘Greater Brighton’ celebrations in 1928.  In 1929, he suffered severe injuries in a tragic accident when he fell from his bedroom window.  The local newspaper reported that he was known to walk in his sleep.  He died in 1932.