A. A. Milne and Belisha the Hippotish

A curious item was discovered in the British Library’s Modern Archives recently: a torn piece of paper belonging to A. A. Milne (1882-1956), creator of Winnie the Pooh.  On the back of a royalty statement for the Christopher Robin Reader is a drawing of a hippopotamus and six statements predicting the future of the Second World War.  It was written on 21 January 1943, and you can see it below: 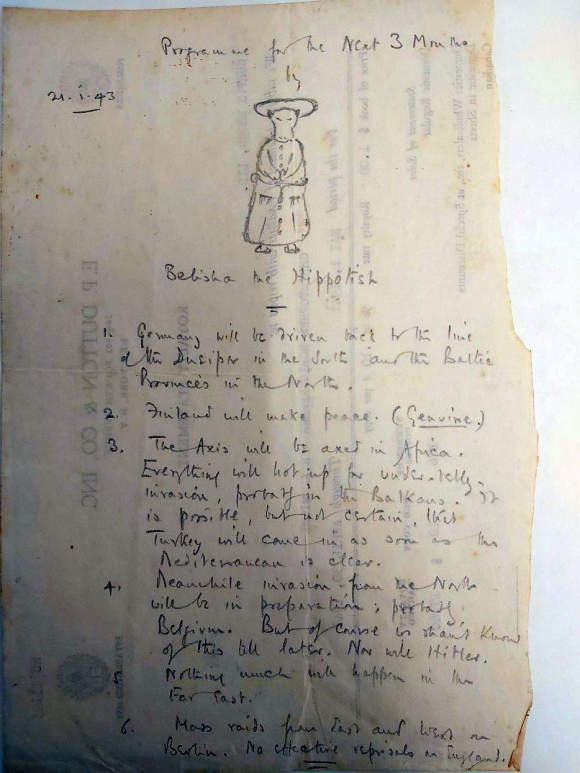 Drawing of a hippopotamus and six statements predicting the future of the Second World War - Add MS 89401.

Immediately noticeable is the sketch of ‘Belisha the Hippotish’ in a long coat and wide brimmed hat.  Not one of his son’s stuffed animals, it is probably a reference to Leslie Hore-Belisha (1893-1957), a Member of Parliament and Cabinet Minster.  If you haven’t heard of him, you’ve probably heard the name Belisha from the beacons named after him. 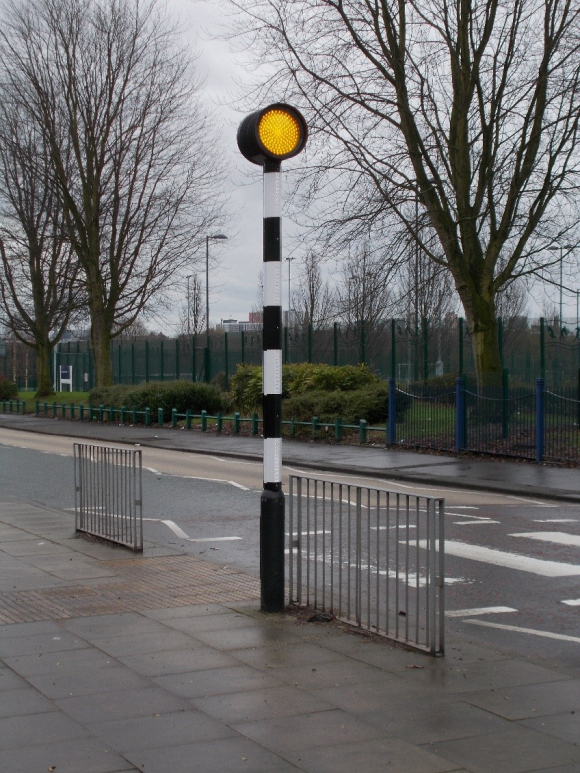 As Minister for Transport in the 1930s, he was also responsible for creating the driving test and instituting the standard 30 miles per hour speed limit.  But by the time of Milne’s doodle he had fallen out of favour with the government of the day.

Milne had served in World War One, suffering many illnesses and then injury at the Battle of the Somme.  He was decidedly a pacifist by the advent of the Second World War, although he joined the Home Guard despite this.  He explains his decisions in War with Honour (1940), writing that ‘we are truly fighting the Devil, the Anti-Christ’.

As for the predictions – how accurate were they?  Well, a few were completely wrong, but most did happen…eventually.  ‘The Axis will be axed in Africa’ occurred a few months later than Milne thought, in May 1943 following the conquering of Tunisia.  ‘Mass raids from East and West on Berlin’ also commenced with bombing campaigns the following month in June 1943, though ‘no effective reprisals in England’ would not turn out to be true, as it felt the force of V-2 rockets towards the end of 1944. 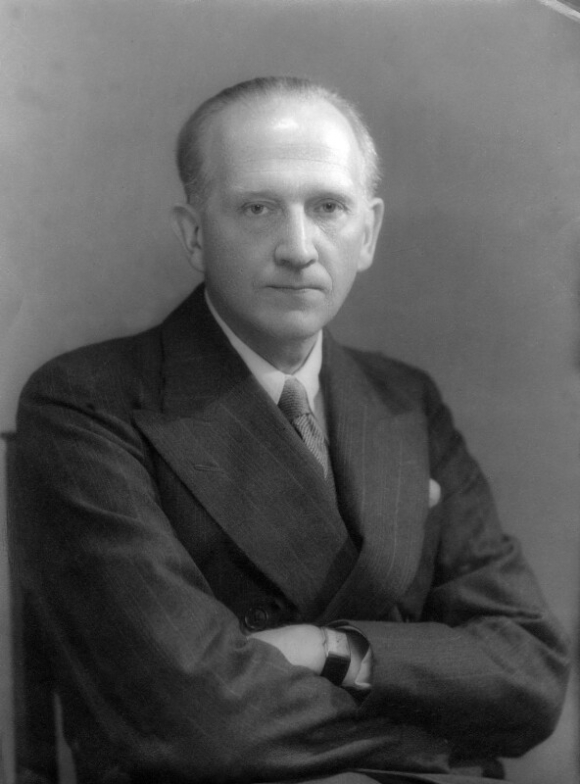 Portrait of A. A. Milne in May 1939 by Bassano - courtesy of National Portrait Gallery London NPG x85610

Similarly, ‘Invasion from the North’ would not commence until eighteen months after his estimation, and Finland refused to make peace until it had resisted invasion by the Soviet Union.  Another inaccuracy was ‘Nothing much will happen in the Far East’, a somewhat dismissive statement.  Allied forces did launch offensives there, though most were disastrous and necessitated retreat.

Overall though, he was not too far off.  His predictions captured the spirit of wartime Britain well, at a time of gaining momentum.  Most of them just took a lot longer than he thought.

So why did Milne decide to scribble all this on the back of a royalty check?  The answer is probably just that – it was a doodle when he was bored, getting out his thoughts of the day.  It doesn’t appear to have been written for anyone, certainly not for publication, and it’s a wonder it survived.

Letters, original illustrations, photographs, books and leaflets, together with items issued to air raid wardens form part of the Life on the Home Front display in the British Library’s Treasures Gallery. The display gives a flavour of the experience of those living and working in Britain during the Second World War. It runs from 14 September until 11 December 2021.