While browsing through a volume of India Office Public Works Department correspondence for 1866, I came across this lovely colour sketch of the Stanley Cinchona Plantation in the Kundah Hills in India.  Intrigued, I read through the correspondence to find out more. 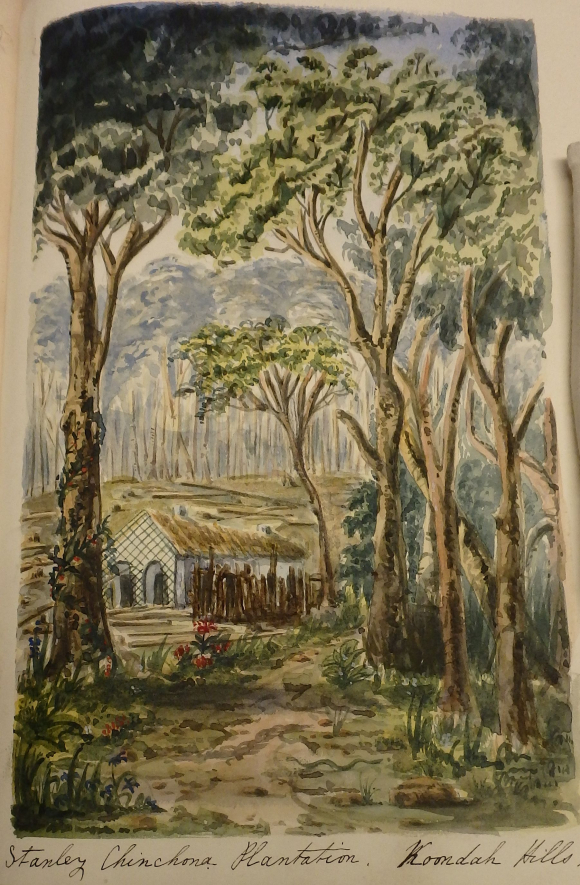 Cinchona is a tree indigenous to South America which was discovered to have valuable medicinal properties.  In particular, it was the source for the drug quinine used in the treatment of malaria. In the mid-19th century, attempts were made to cultivate Cinchona in various different parts of the British Empire.  The Stanley Cinchona Plantation was named after the first Secretary of State for India, Lord Stanley, who in April 1859 commissioned the geographer and explorer Clements Markham to undertake an expedition to South America to collect seeds and plants, and arrange for their transport to India. 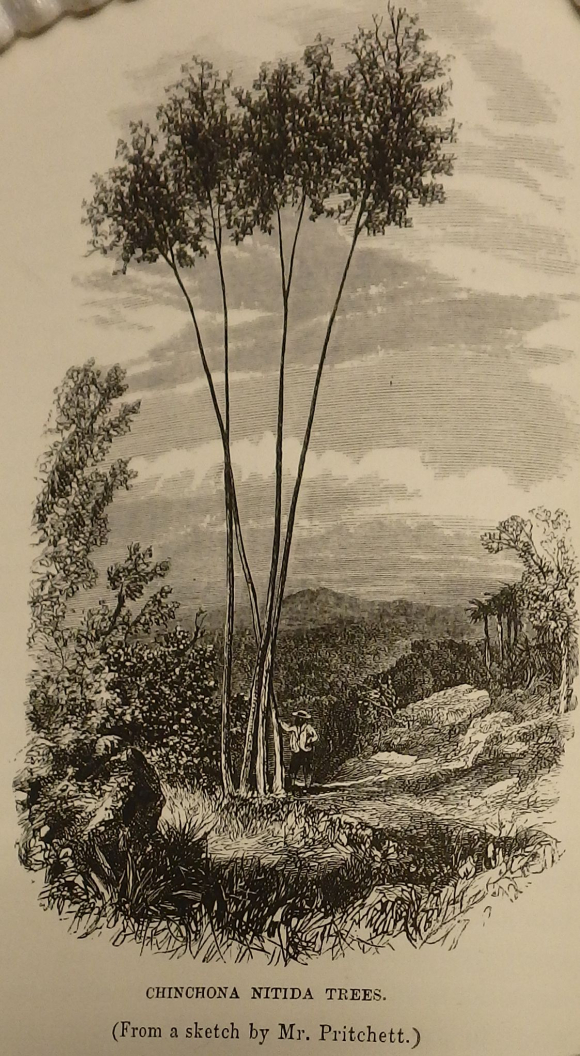 The Public Works Department file is primarily concerned with the construction of roads in the Nilgiri and Kundah hills in the Madras Presidency (now Tamil Nadu).  An India Office memorandum acknowledged that the absence of roads into such a remote area had hindered plans for opening the Kundahs for cultivation, and stated: 'The formation of a Government plantation in what is now one of the most remote and wild parts of these mountains renders the construction of roads a matter of course'.  It was noted that one Cinchona planter had already been drowned in coming from the Kundahs to Ootacamund 'owing to the neglect of the Public Works Department to repair a bridge'.  An aggrieved administrator in the India Office wrote over this sentence with the comment 'This is rather hard upon the P.W. Dept.'. 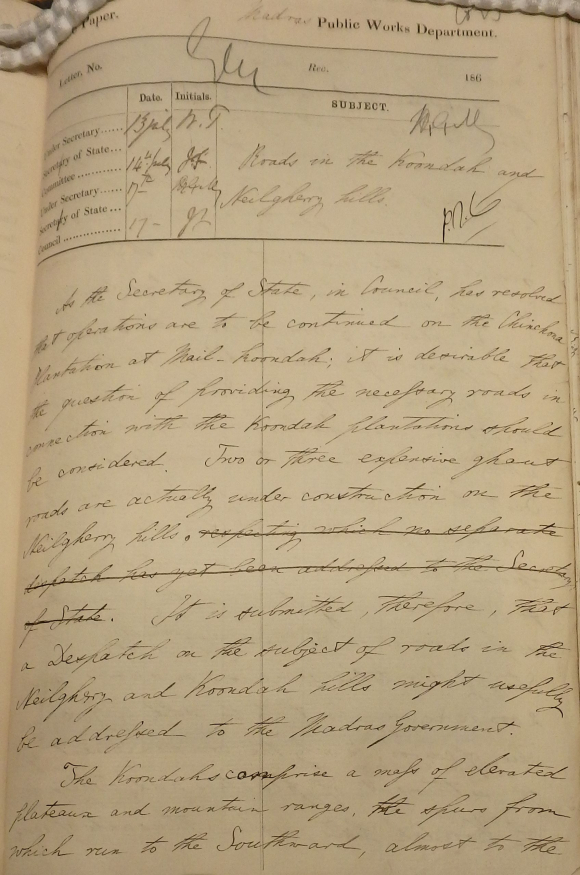 In his report of 6 January 1866 to the Madras Government on the subject of cinchona cultivation, Markham described the Kundahs as the finest hills he had yet seen in India, and wrote that: 'The soil is of extraordinary depth and fertility both in the forests and grass land, and there are abundant supplies of water.  Indeed the scenery of these beautiful hills; the long lines of forest with all the varied tints of foliage; the rich grass land intervening here and there; the magnificent waterfalls and precipices; and the sharp peaked outline of the distant mountains – is far and away the finest I have yet seen in the Western Ghauts'.  However, it seems that the costs involved with building roads into the area proved too great for Government.  In his book Peruvian Bark, Markham noted that the Kundah hills plantation was abandoned in 1872 due to the distance from Ootacamund and the lack of roads, with the cinchona tress which had been planted 'being left to take their chance with the native vegetation', and later ordered to be felled. 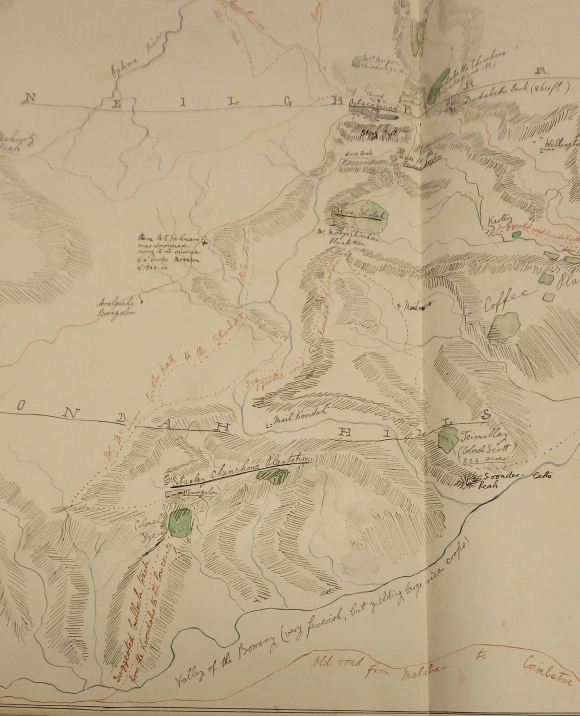 Oddly, nowhere in the papers is the colour sketch mentioned.  Who created it and why it was included in a Government file remains a mystery.