Invalids in the Nilgiri Hills

In The Bengal and Agra Annual Guide and Gazetteer for 1841 is a section on the benefit of the climate of the Nilgiri Hills for invalids, followed by hints for those trying to recover their health. 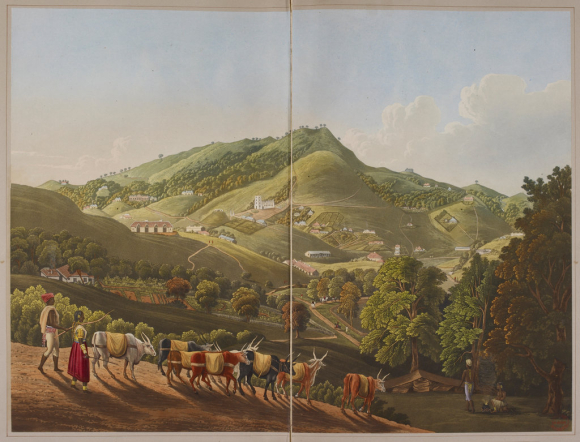 The Guide stated that the restorative powers of the climate in the hills for those suffering from Indian diseases was evident, but the preventative powers of that climate were overlooked.  It recommended that people suffering from the following diseases should be transferred at once to the hills –
Fever (unknown in the hills)
Dyspepsia (when not connected to a ‘serious derangement’ of the liver)
Debility ‘in every degree’
Habitual constipation
‘Local and cutaneous affections of every description’
All pulmonary complaints
‘All female complaints, properly so called’
Diarrhoea
Dysentery
‘Hepatic diseases in their milder forms’
Rheumatism ‘muscular or mercurial’
Gout – improvements in the condition were possible rather than cure

The hints for invalids recovering in the hills started by stressing that warm clothing was of vital importance.  ‘Every invalid as he values life’ should be provided with a good stock of flannel clothing - banians (jackets or shirts), cummerbunds with strings to tie round the middle, and drawers.  Footwear should be stout shoes and boots worn with worsted stockings.  Cold feet was a general complaint of newcomers, especially females, and could be remedied by wearing lambswool or worsted stockings.

The invalid should avoid exposure to the night air and never be out after sunset.  Early rising was neither necessary nor prudent, and the invalid should wait until the sun had risen sufficiently to drive away the cold and moisture of the night.  However care must be taken to return home before 9am to avoid the powerful effects of the sun.

A diet of light animal food with bread or biscuit was recommended, with vegetables, pastry and cheese.  Port or sherry was preferable to lighter wines, and beer unnecessary.

Exercise should be taken so that it produced ‘a gentle action on the skin’ and not fatigue, and exposure to the sun should be avoided.  Riding was better than walking, ‘it being less exciting’.  Once acclimatized, exercise should be increased gradually.

When recovery was well advanced, daylight hours should be spent in the open air as far as strength would permit.  Those who had suffered from fever should avoid the jungle at the foot of the hills.  If unfortunately detained there, a course of purgatives should be taken followed by small doses of quinine.

Further reading:
The Bengal and Agra Annual Guide and Gazetteer for 1841