The danger of supporting German Cathedrals during the Second World War

Showing support for German creations when at war was dangerous, as Sydney Cockerell found out four years into the Second World War.  The former director of the Fitzwilliam Museum in Cambridge penned a letter to The Times on 10 July 1943 lamenting the damage to Cologne Cathedral made by British forces.  Whilst he wrote that it was probably unavoidable, he argued that as a nation Britain should not be afraid to express regret of damage to historical monuments, even those situated in enemy countries.  The reaction to this statement is contained in dozens of letters sent to him, collected in the British Library’s Modern Archives.

He received numerous statements of support for his view, with many providing detail of the damage sustained.  Others agreed with him that it was probably unavoidable, and even that the Germans may have known that British forces would hesitate to harm such beautiful buildings.  However, other commentators were not so positive, as can be seen in this letter below which assumes he must be ‘a tottering silly old fool for writing such tripe’. 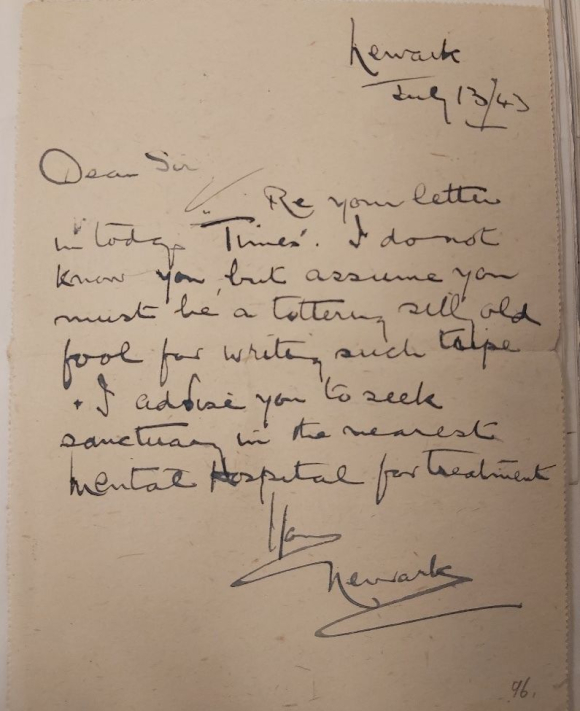 A harsh reply, but arguably the worst was to follow.  Another man wrote to Cockerell saying ‘people with your namby pamby views are not wanted in this country & are unworthy of the freedom enjoyed here’.  He goes on, ‘You are not fit to be called an “Englishman” & should be denaturalised & sent to Germany…you would promptly be shot, in some ways the Germans know better how to deal with your type’.

A more rational reply was given by an inhabitant of Coventry, arguing that instead of showing support for German cathedrals, he should focus closer to home, specifically on Coventry Cathedral.  She writes of the ’11 hours of diabolical bombing’ which ‘utterly destroyed it’ in November 1940.  Furthermore, her husband was killed that night on duty as an Air Raid Warden, and her home destroyed.  Included with her letter were two postcards showing the damage done. 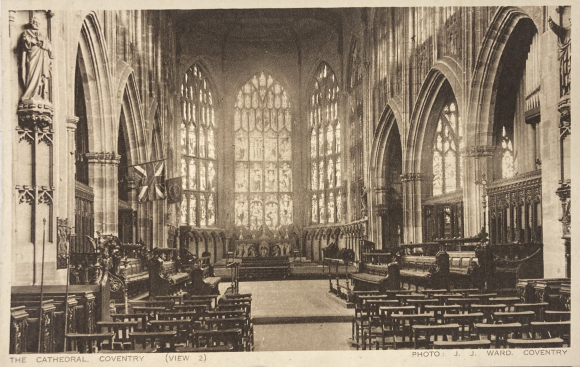 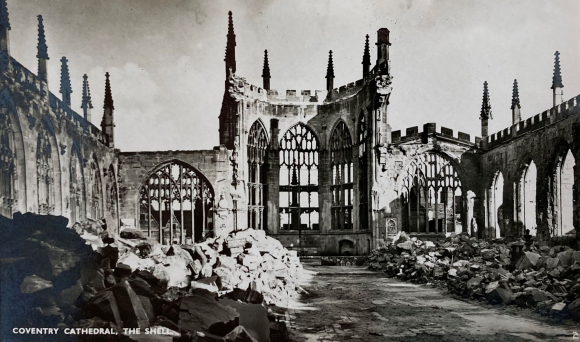 Following all these replies, Cockerell went on the offensive. In a further letter written to The Times nine days after the initial one, he asserts that ‘fine architecture is part of the common heritage of humanity, irrespective of frontiers’.  He also bemoans the angry replies, arguing if such people would feel no regret if Beethoven or Mozart were forgotten, ‘As patriotic Englishman, should we now repudiate these enemy composers?  Fine architecture is music and rhythm in stone’.  His archive contains many more letters of support than negative replies, though many are keen to stress that damage is often inevitable, a point he himself makes on multiple occasions.

Cockerell would continue to lament damage to historical monuments throughout the War, including Rouen Cathedral.  He received an interesting reply in an unsigned and undated letter: ‘Most people…would rather see a fine, modern power station (the symbol of a full and glowing life for everyone) than an old cathedral (the symbol of an evil past)’.

Whatever the truth of this statement, this short episode shows how expressing support of historical monuments situated in enemy countries was risky and could lead to vitriol and hatred.

Jack Taylor
Doctoral researcher at the Open University.  His CHASE-funded research explores sexual violence between men in the late eighteenth and nineteenth centuries

Letters, original illustrations, photographs, books and leaflets, together with items issued to air raid wardens form part of the Life on the Home Front display in the British Library’s Treasures Gallery. The free display gives a flavour of the experience of those living and working in Britain during the Second World War.  It runs from 14 September until 11 December 2021.