One theft too many?

In the late 1760s Charles Eyloe ran a boarding house at his home Orchard House in Blackwall, London.  One of his contracts was with the East India Company to provide lodgings for the Asiatic sailors, known as lascars, who came to England as part of the Company's ship crews. The sailors needed somewhere to stay until they could return home.

In August and September 1767 Eyloe suffered a string of break-ins and robberies at his house.  The first was on 2 August when his house was broken into and 50 shillings in silver was taken.  The second occurred on 6 August when his cellar window was broken and a 12lb shoulder of veal and a bushel of flour were stolen. 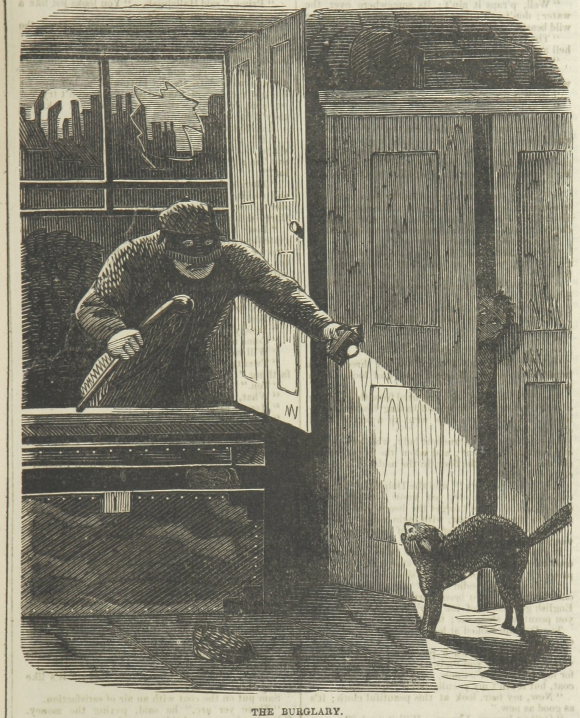 Following these break-ins, Eyloe had a new cellar door put in and a metal bar put across his wine cellar.  These precautions appear to have deterred the thief from the cellar for a time, however instead eight hens and a cock were taken on 11 September.  On 14 September the thief managed to rip the cellar door off its hinges and took four pieces of beef worth 5 shillings and Eyloe suspected wine, beer and brandy was taken although he couldn’t say for sure.

The thief turned out to be Thomas James, a lascar from Bengal, who had previously boarded at Eyloe’s house.   James had indeed taken bottles of brandy from Eyloe’s cellar on 14 September, and was caught after promising ten of the bottles to a fellow sailor who then reported the incident to Eyloe. 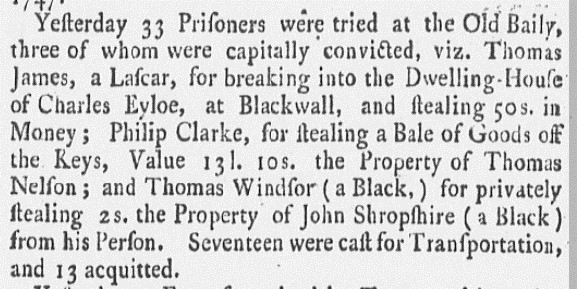 James was tried at the Old Bailey on 21 October 1767 and was found guilty and sentenced to death.  However on 24 February 1768  he was granted a conditional pardon and on 12 July 1768 his sentence was changed to transportation for life.