The story the India Office Records preserve about kasids

Within the India Office Records (IOR) catalogued for the British Library-Qatar Project, there are a number of references to local messengers called kasids (sing. kasid).  The term kasid (qasid: قاصد) originates from the Arabic verb qa sa da (قصد), ‘to aim at’, and qasid itself means someone who knows his direction and moves with a purpose.  In Persian, the term has been adapted to also refer to a messenger (Pr. پيغامبر، قاصد، رسول ). The East India Company (EIC) adopted the Persian term in reference to a certain type of messenger employed within its establishments in Persia [Iran].  This blog explores the available records on kasids and examines their role within the postal system of the EIC and the India Office afterwards. 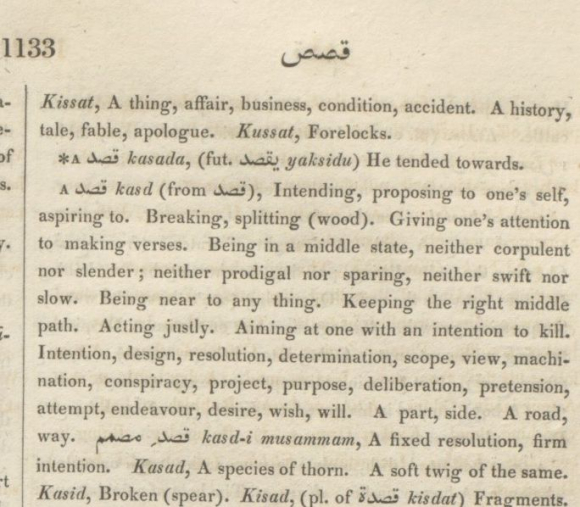 A reference to kasid as a messenger in its Persian context, V 3148, p 113, Crown Copyright

The earliest records showing the EIC employing kasids within its establishments in Persia are from the 18th century.  These records indicate that kasids were foot messengers whose main task was to deliver letters to and from the EIC’s representatives and local governors.  They are not to be confused with another type of messengers in Persia known as shaters.  It is most likely that the EIC employed kasids from the local population, taking advantage of their familiarity with the region, its people and landscapes.  These kasids were paid 30 rupees a month for their service. 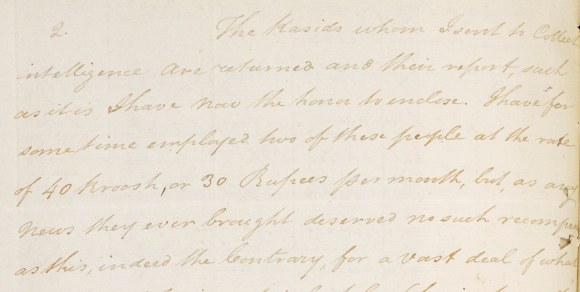 Besides their main job as messengers, kasids also collected intelligence relating to certain people, incidents or events.  They wrote down their collected observations within reports that are referred to as akhbar.  In a number of fascinating folios dated 5 June 1799, the EIC’s Resident at Bushire, Mirza Mahdi Ali Khan, wrote to the Governor of Bombay, Jonathan Duncan, informing him of the akhbar he had received from his kasids.  This akhbar contained details of the French siege of Acre, and how the Governor of Sidon, Jezzar Pasha, and the British navy had responded to the siege. 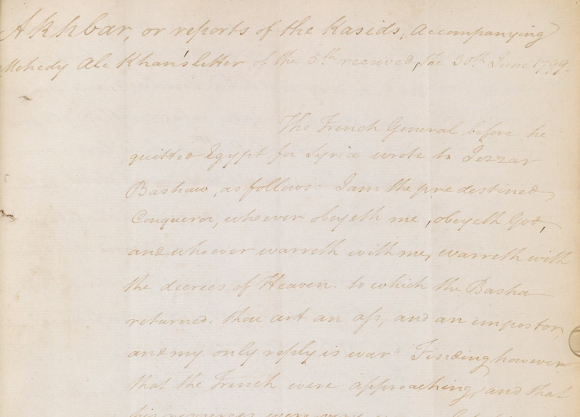 The same akhbar included information about the encounters between the Governor of Baghdad Büyük Süleyman Pasha, the Wahhabis, and the Arab tribes of Iraq.  However, the records also indicate that the akhbar received from kasids were not always accurate.  And in cases where fake news had been conveyed, the kasids were simply dismissed from their positions. 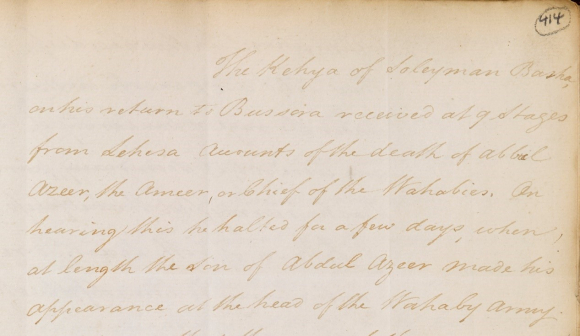 In some other cases, kasids themselves quit their jobs, primarily due to the hardship they faced during their journeys.  In a couple of references to kasids in the early 20th century, we learn that the Indo-European telegraph system relied on kasids to deliver the post during bad weather conditions or military disturbances.  This was not an easy task, and many kasids were reportedly refusing to return to their jobs, something which often caused disruption to the postal service. 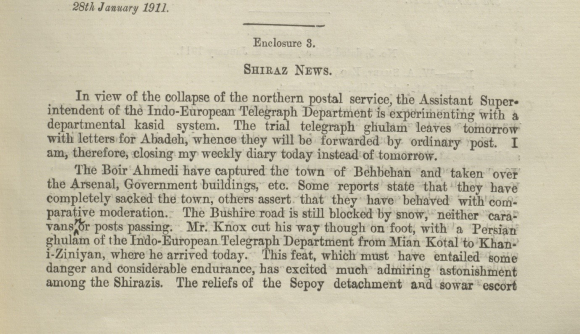 The records also show that, during World War I, the kasids who were delivering post between Persian towns were accused of serving the British interest.  They were attacked and beaten, when caught on duty, by anti-British Persian Gendarmerie.  The concerns which the Government of India raised about this issue indicate how essential the kasids’ service was to the postal system.

In summary, the story preserved about kasids, although brief, offers glimpses of the way they performed their job in Persia between the 18th and early 20th centuries.  Future cataloguing of India Office Records may bring to light more information about the kasids and the history of their attachment to the EIC and the India Office.