As a well-travelled physician, scholar and Royal Society fellow, Hans Sloane had an interest in foreign places, their people and customs, which also fed into his collection of drawings, such as those kept in Add MS 5234.  This album is one of more than 4000 manuscripts from the Hans Sloane Collection at the British Library, about which you can learn through the collection guide.  It contains miscellaneous notes and drawings collected by visitors to Europe and Central Asia.  Among them is a remarkable but little known series of 30 Indian ink and wash drawings of sights and monuments in Iran, signed by 'G. Hofstede van Essen'. 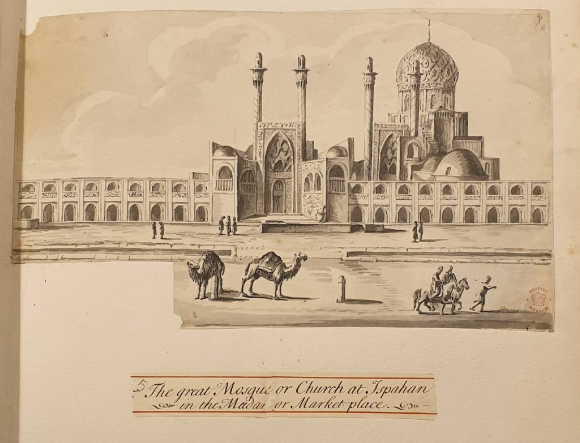 Much of this artist’s life and work remains shrouded in mystery, including his full name.  Presumably from Germany, Hofstede is documented as travelling in present-day Syria, Iran and Turkey between 1693 and 1703.   His best-known work is a painting of the ruins of Palmyra, made in 1693, and soon after shipped to historian Gisbert Cuper in The Netherlands, where the painting remains to this day.

How did Sloane acquire Hofstede’s drawings?  Sloane may have learned about Hofstede’s work through Gisbert Cuper, from whose library he bought manuscripts at auction.  The Royal Society in London provides another link to Hofstede.  As editor of the Society’s Journal, Philosophical Transactions, Sloane would have read accounts written by fellow members concerning a 1691 expedition to Palmyra organised by the British Levant Company and in which Hofstede possibly took part.

In these drawings, Safavid Iran is seen through the eyes of a European draughtsman, who may have had little understanding of the local language and traditions.  Nevertheless, Hofstede was keen to demonstrate his direct experience of the terrain.  This draughtsman sitting on a hill whilst sketching Soltaniyeh stresses Hofstede’s role as first-hand witness. 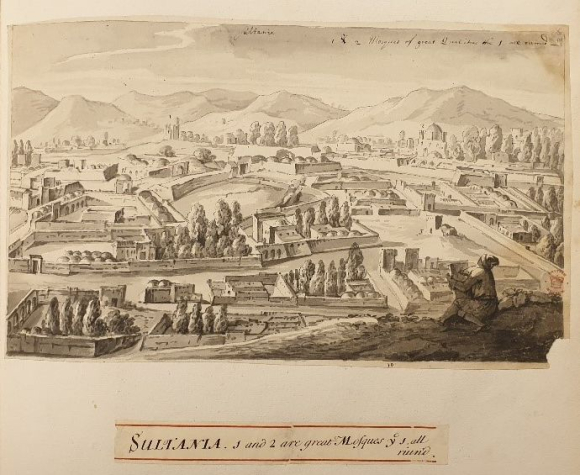 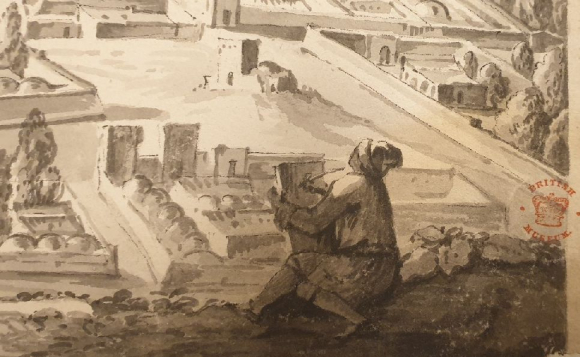 Hofstede’s drawings display an interest in recording local traditions – from games to burials – and an antiquarian appreciation for monuments and buildings, evident in the depiction of details from their decoration like this bas-relief from Persepolis. 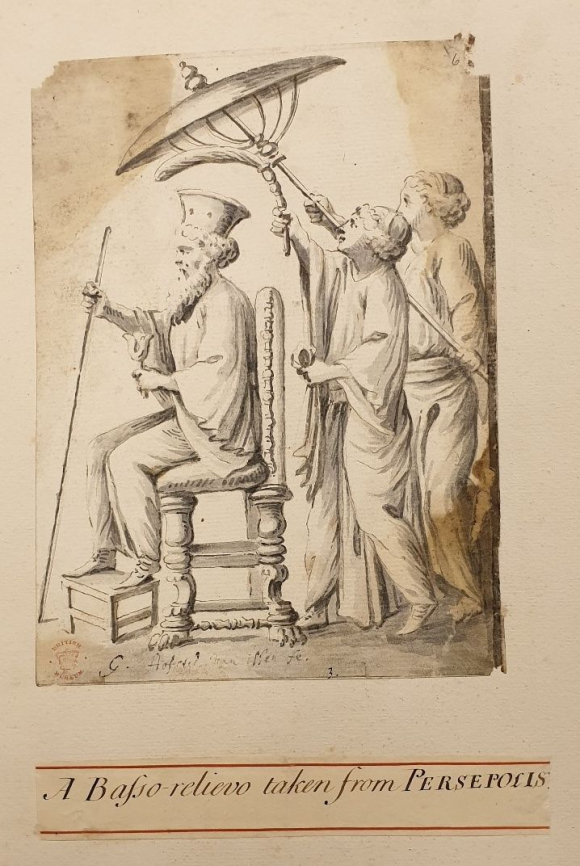 The inscriptions on these drawings make the many individuals who must have handled and observed them more tangible.  There are notes in Dutch, with spelling mistakes that suggest a non-native speaker like Hofstede, as well as inscriptions in English and French by different hands.

The red-bordered labels pasted on the folios offer a glimpse into how the drawings were ordered and displayed before coming to the British Museum Library.  Whether the labels were added during Sloane’s lifetime or by somebody rearranging the collection after his death is another open question.  Similar labels appear in other albums from Sloane’s collection (Add MS 5253, 5255 and 5256), that include drawings with a similar ethnographic focus. 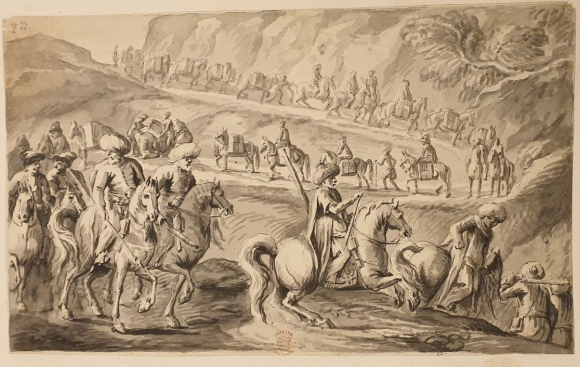 Much about the provenance, historical accuracy and interpretation of Hofstede’s drawings, as well as their relation to other items in Sloane’s collection, remains unclear.  Yet it is certain that Hofstede’s drawings have many fascinating, so far untold, stories to tell.

Further reading:
-Add MS 5234 contains many other works on paper, some of which are discussed and illustrated in Kim Sloan, "Sloane’s ‘pictures and drawings in frames’ and ‘books of miniature & painting, designs, & c.” in From Books to Bezoars. Sir Hans Sloane and his Collections (London: The British Library, 2012), 168-189.
-One letter sent from Gisbert Cuper to Sloane survives in Sloane MS 4041, fol. 95. Sloane’s printed books collection includes a copy of the catalogue of Cuper’s library, auctioned in 1717 (General Reference Collection S.C.147).
-Hofstede’s painting of the ruins at Palmyra now belongs to Allard Pierson  (University of Amsterdam Special Collections), and was on display at Museum De Waag, Deventer (The Netherlands), on the occasion of an exhibition about Palmyra in 2016-2017.
-An engraving closely related to Hofstede’s painting of Palmyra was published in Philosophical Transactions 218 (1695), after p. 175.
-Add MS 5024/1, also from Sloane’s collection, is a view of Istanbul seen from the water depicted in ink and blue wash and mounted on a roll. It bears the name of Hofstede van Essen penned in ink on the verso, but more research would be needed to confirm the attribution.
-In the transcript of the catalogues listing the contents of Sloane’s library, drawings by Hofstede van Essen are mentioned in three different albums, which suggests they would have been rearranged in what is now Add MS 5234 at a later date. Transcript of ‘Mins’ BL Sloane MS 3972 C vols 1-8