The man who lost his memory – Part 1

In February 1896 a man calling himself William Simpson was sent from Bhusawal to the Bombay Commissioner of Police.  ‘Simpson’ was suffering from loss of memory and could only remember a few facts about himself.  He had travelled a great deal in England, France, Belgium, Spain and the USA.  He was acquainted with classical Greek and Latin writers, spoke some French, German, Italian and Spanish, and could also read a little Hindustani.  As a youth he had studied Arabic and Sanskrit.  He had lived in Gibraltar for some time and knew a clergyman called Addison.  He remembered finding himself in Calcutta at the beginning of the year and thought he had landed from a steamer.

‘Simpson’ was dressed in soiled white clothing.  His shirt bore the mark of A .G. Copeland of Manchester, and his almost new hat was made by Ellwood.  He wore a gold ring with the initials ‘C S H & S’ inside.

A place was found for ‘Simpson’ in the Strangers’ Home at Bombay where he would receive good care.  The Commissioner asked the Bombay Government to send copies of the information about the man to the police in Manchester and London, together with his ‘Anthrocard’ which bore his photograph and a physical description. 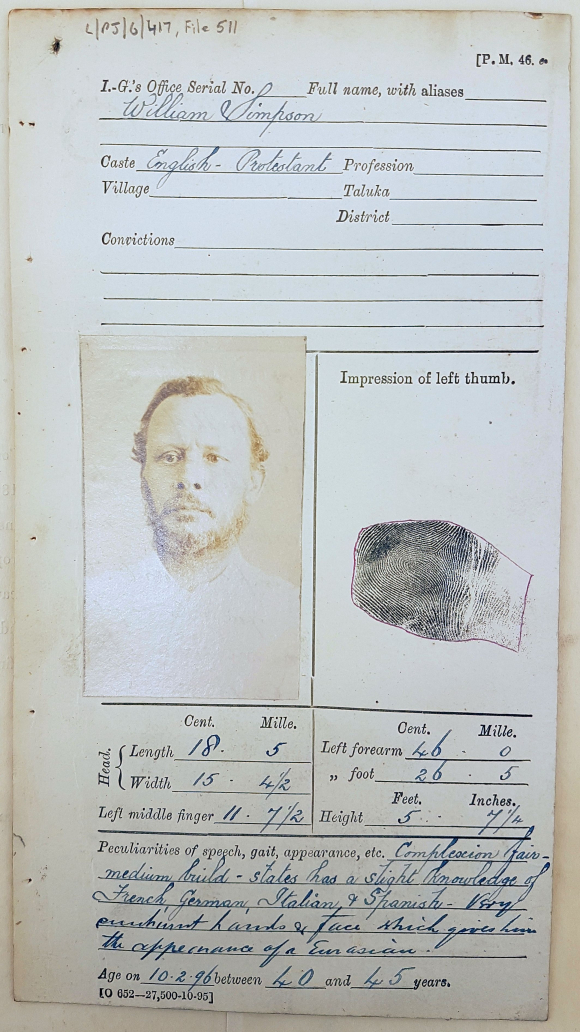 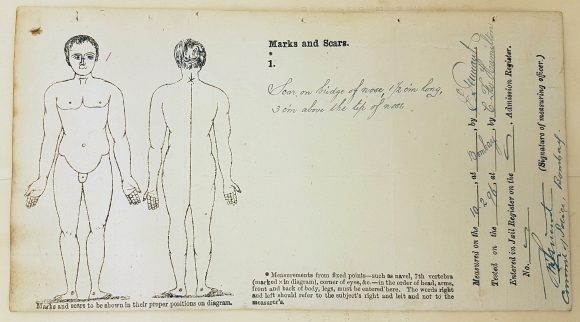 The India Office in London contacted detectives at New Scotland Yard and Manchester to no avail.  No-one at A.G. Copeland remembered ‘Simpson’ as a customer.  However the firm said it would be able to name the person who bought the shirt if they were sent the number stamped on it.

It is unclear from the India Office files if the shirt number proved to be the vital clue, but in April 1896 the Bombay Government knew the identity of ‘William Simpson’.  He was an Anglican priest, the Reverend Philip Read, formerly Warden of St Thomas’ College Colombo. 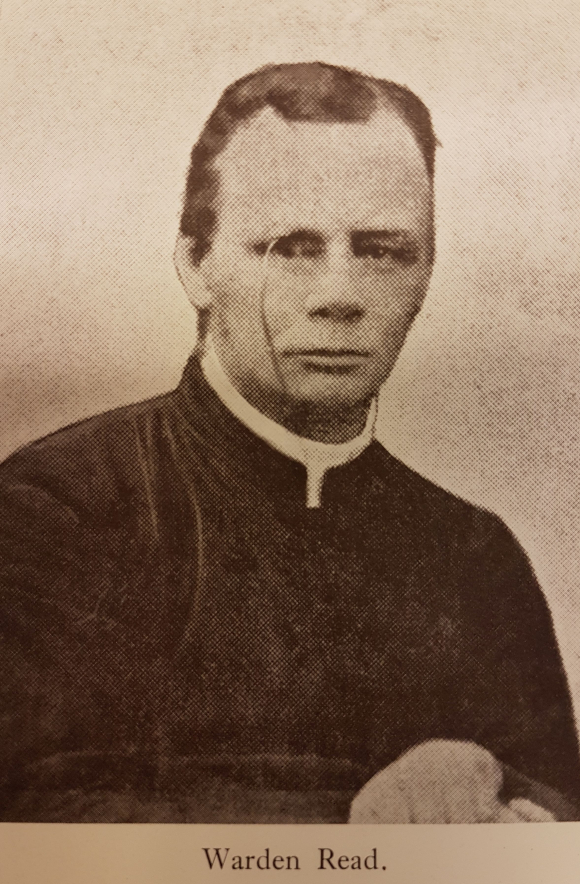 The Ceylon Observer published updates about Philip Read, who was much-liked during his time in Colombo.  He kept himself busy at the Strangers’ Home by teaching the son of the superintendent, and the Bishop of Bombay spent a lot of time with him. His memory was only partially restored and he was not quite himself, although well otherwise.  It was said that a ‘malady’ had been undermining Read’s powers for years before culminating in a complete breakdown at the end of 1895.  His illness had seriously affected his concentration and ability to carry out his duties as College Warden.

The Bishop of Bombay secured a passage to the UK for Read on board SS Hispania.  During the voyage Read suffered from dysentery twice.  On arrival in England, he was attacked with ‘rheumatic gout’ which weakened him.  His family were already in England but he did not join them, instead going to stay with a cousin in the west of Ireland.

Our next post will tell the story of Philip Read’s life and travels before and after his memory loss.