In June 1820, JMW Turner’s uncle Joseph Mallord William Marshall, after whom he had been named, died.  Turner had lodged with his uncle, then a butcher in Brentford, for several years during his childhood.  Marshall left everything to his widow, Mary, with instructions about who should inherit on her death.  Turner and his cousin Henry Harpur, a solicitor, challenged the will so that they would not have to wait until their aunt’s death to benefit from their uncle’s will.  An agreement was reached whereby Turner and Harpur received four properties in New Crane Wapping, at the southern end of New Gravel Lane: Turner took nos. 7 & 8 and Harpur 9 & 10.  Turner also agreed to pay his aunt Mary an annuity of £20. 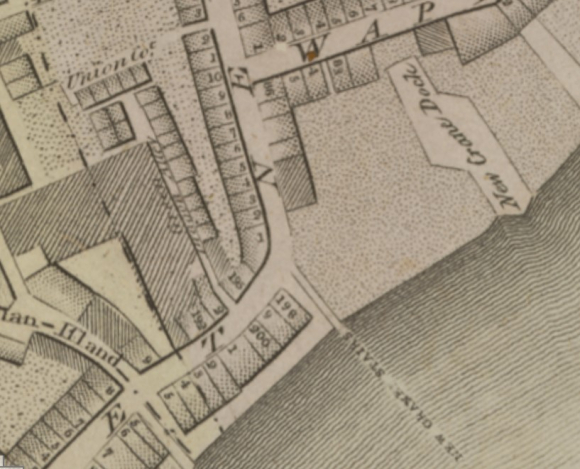 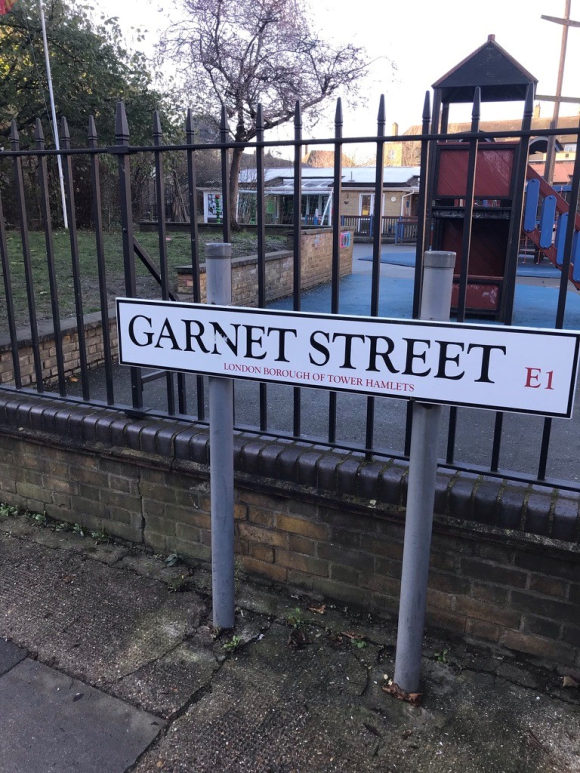 The Ship and Bladebone had a succession of tenants, one of whom, Elizabeth Crosset, was involved in an illegal practice, whereby coal whippers, who unloaded coal from the ships on the Thames, were forced to lodge in certain pubs and pay unreasonably high rents.  It is uncertain whether Turner was aware of this, although he was certainly involved in the overall running of the pub, chasing unpaid rent and arranging leases.  There are details of Turner paying for repairs to the roof, which were carried out in 1843 by the landlord Thomas Farrell.

Another story is that he installed his lover, Sophia Booth, as landlady at The Ship and Bladebone.  Her name does not appear on any documents associated with the pub and she is recorded as living, without gaps, in Margate and Deal and then with Turner in Chelsea.

After Turner’s death in 1851, his will was challenged.  When matters were settled in 1856, the pub went to a cousin, John Turner, as ‘heir at law’.  By this time, it had been abandoned and had fallen into disrepair.  The pub next passed to the lawyer, Jabez Tepper, a relation of Turner’s by marriage, who had acted for the relatives who contested the will.  The pub was demolished and, in 1868, Tepper sold the land to the Limehouse District Board of Works and a gasworks was built.  The site is now occupied by a primary school.

Sophia Booth did have an intriguing connection with Wapping.  Her younger sister, Sarah Elizabeth, lived there with her husband John Green.  I have been unable to find any connection between the Greens and The Ship and Bladebone but this is certainly an area for further research.

Further reading:
Sam Smiles - ‘On the Waterfront: The Darker Side of the Ship and Bladebone”, Turner Society News. No 107, December 2007.
Franny Moyle, The Extraordinary Life and Momentous Times of J.M.W.Turner (London, 2016).
Anthony Bailey, Standing In The Sun – a life of J.M.W.Turner (1997).
Bernard Falk, Turner the Painter: His Hidden Life (London 1938).
Walter Thornbury, The Life of J.M.W. Turner R.A. founded on letters and papers furnished by his friends and fellow Academicians, Volume 2 (London, 1862).
British Newspaper Archive also available via Findmypast.
Search for JMW Turner papers in the British Library catalogue Explore Archives and Manuscripts.