The extraordinary escape from Botany Bay of nine transportees in an open boat has been narrated many times.  Mary Broad was the only woman who escaped on this boat in March 1791, travelling for 69 days, before reaching Kupang in Timor, with her two children and husband, William Bryant, who led and organised their escape. 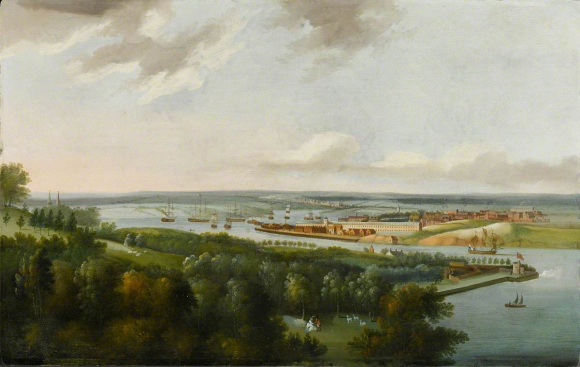 Hamoaze, Plymouth where Mary Broad was held in the Dunkirk prison hulk before being transported with the First Fleet.

Mary’s husband and children died before she was returned to London in 1792.  James Boswell took up the case of the five returned transportees, and advocated their release from prison.  It is thanks to Boswell that Mary Broad’s family origins in Cornwall can be identified here.

Boswell's papers noted that Mary Broad’s ‘aged’ father was living in Cornwall.  He met Mary's younger sister Dolly Broad.  Boswell corresponded with Mary's married sister Elizabeth Puckey.  And her husband, Edward Puckey, a tailor in Fowey, who wrote to Boswell about an anticipated Broad family inheritance, which was a Pope family legacy.

Josiah and Prudence Broad, and most of their adult children, lived in the neighbouring Cornish parishes of St Neot or Braddock.  William and his brother Matthew Broad described themselves as ‘colliers’, and obtained leases to coppice woodland.  It may have been the profits from this trade which enabled William Broad to obtain a farm.  In the 1760s, William Broad moved his family between parishes within a few miles of Fowey.  Mary’s christening in 1765 was at Lanlivery, and Dorothy’s in 1769 was at St Veep.  By the late 1770s, some family members were present in Fowey, where the elder Dorothy Broad died in 1778, and Elizabeth married Edward Puckey in 1779. 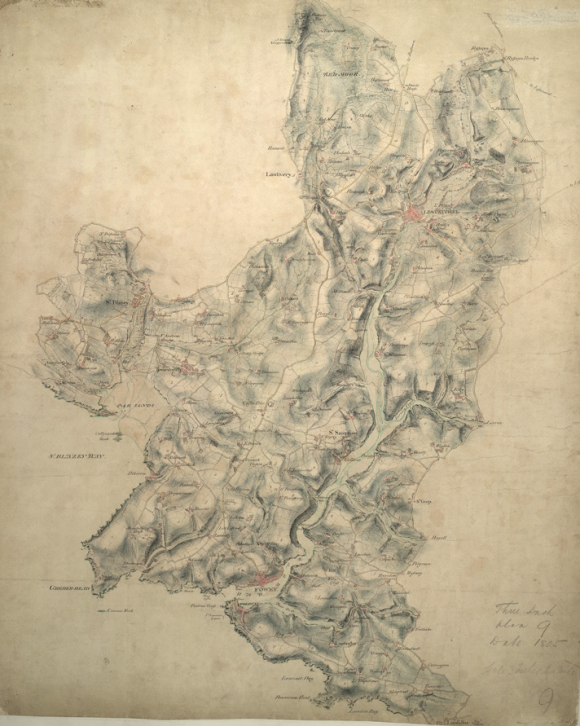 In the 1930s, the Boswell scholar Frederick A. Pottle sought to identify Mary Broad's family origins.  Through the assistance of members of the Old Cornwall Society, the Fowey and Lostwithiel parish registers were searched for her baptism.  This led to the suggestion that her parents had been a mariner William and his wife Grace Broad, who also had a daughter named Mary.  Judith Cook later acknowledged that there were many inconsistencies and gaps between the evidence related to this family and Boswell’s account.  William and Grace Broad did not have daughters named Dorothy or Elizabeth, and they had left Cornwall before Mary Broad returned home in 1794.

Members of Mary Broad's extended family as identified here can be found in other historical records, including the Clift family letters.  She was not the only member of her family to be accused or convicted of assault.  And it is possible to see her influence and legacy in the decisions of James and William Puckey, the nephews of Edward Puckey, to travel from Cornwall to Tahiti, New South Wales, and New Zealand.