Revealing prints at the British Library

I joined the British Library as a Curator of Prints and Drawings in January this year to work on a research project led by Felicity Myrone.  This aims to improve records for prints at the British Library, focussing on works held both by the Library and our sister organisation the British Museum.

I match books or albums at the Library with the relevant print records at the Museum, and an ingenious spreadsheet system devised by my colleague Victoria Morris creates draft MARC records for me to edit.  We are able to create quickly a high volume of print-level records for images within the British Library for the first time.

I examine each book, album or set of prints and alter and augment the relevant British Museum data to cover the history, condition and make-up of the Library’s copies.  The records will be uploaded to our online catalogue in due course, and in the meantime I plan to blog regularly, highlighting interesting items. 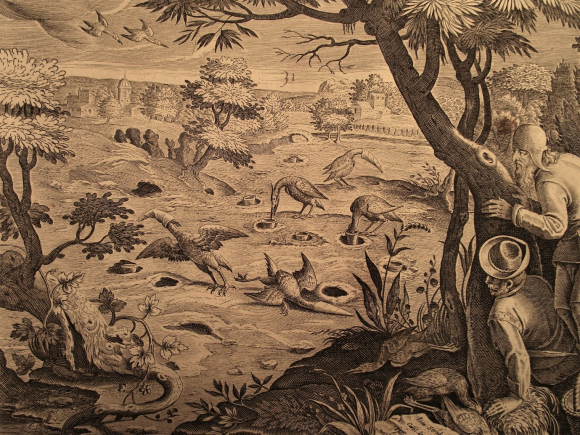 The stamping and an inscription on the first page of this album confirms that it once belonged to Sir Hans Sloane (1660-1753), whose collection became one of the foundations of the British Museum and Library.  Tracing the ownership, or provenance, of the prints in the British Library is crucial as it will help shed light on how these objects were assembled and collected.

I was able to utilise the British Museum’s records [numbers 1957,0413.37 to 1957,0413.123] to identify that our album did not contain the full set of engravings from the Venationes, but a selection of 38 plates taken from different editions.  Our album shows many signs of use, with three different numbering sequences added in pen to the pages, a doodle, and some details which were pricked for transfer. 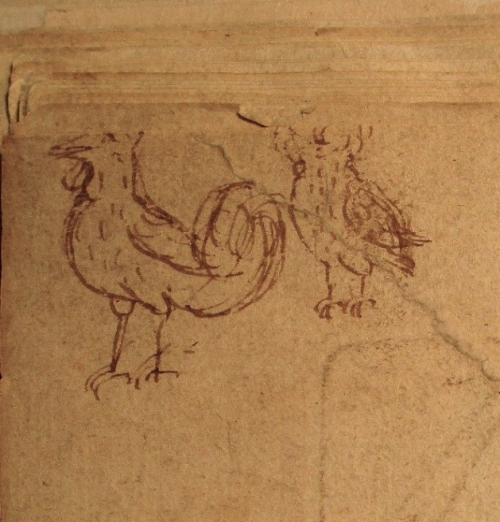 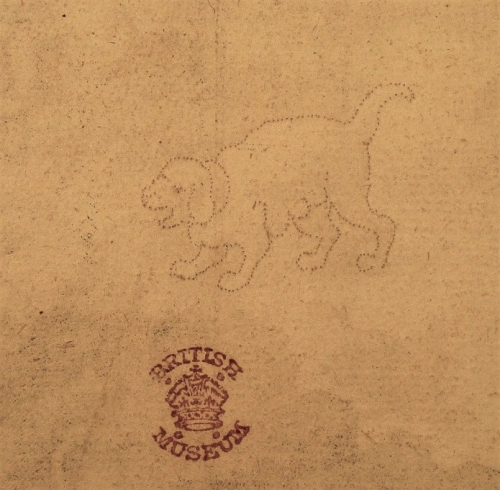 Detail of a dog pricked for transfer on plate 60

The album also includes a print which does not belong to the original series.  It is a fragment of a woodcut map pasted on the first page.  Thanks to the lettering on the fragment, I was able to identify it as a section of the Mappe-monde nouvelle papistique, a satirical world-map published in Geneva in 1566.  The full map is made up of sixteen woodblocks, and the fragment preserved in this album is roughly half of one of the blocks which make up the map’s lower right section. Only five examples of this map are known to have survived. One of those is preserved in the British Library [shelfmark C.160.c.7.].  It is missing a couple of woodcuts, but unfortunately not ones that match our fragment.

Who assembled and used the album?  Does this fragment belong to one of the five known examples, or to another now lost copy?  Was it also part of Sloane’s collection, or was it perhaps mistakenly added to the album at a later date by a binder or conservator?  If it was part of Sloane’s collection, did he paste it in this album himself, or was it already there when he acquired it?  Attempting to answer these questions would require further research and technical analysis of the material.

There are undoubtedly many more exciting discoveries to be made during this project and I look forward to sharing them.