The struggle for Indian independence from British rule was not only carried on in India, but was eagerly pursued by Indian activists and revolutionaries across the world, particularly in Europe and America.  The India Office Records contains some fascinating files on one such activist, Bhikhaiji Rustom Cama, more often known as Madame Cama. 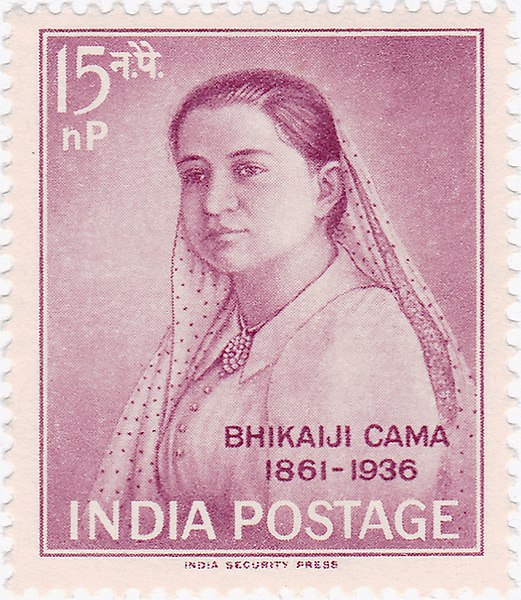 Born in 1861 into a wealthy Parsi family in Bombay, Madame Cama was educated at the Alexandra Parsi Girls School in Bombay, and later married Rustom Cama, a lawyer and son of the prominent Parsi reformer K R Cama.  With her health suffering due to her work as social worker during the 1897 plague epidemic in Bombay, Madame Cama travelled to Britain in 1901.  She would spend the next three decades working tirelessly for Indian freedom from British rule, becoming known as the ‘Mother of Indian Revolution’.  In 1907, Madame Cama moved to Paris, where she was at the centre of a small group of Indian nationalists.  That year she also travelled to Stuttgart for the International Socialist Conference, where she spoke of the poverty of the Indian people due to British rule, and unfurled the National flag of India 'amid loud cheers' as reported in the Manchester Courier.

The India Office was greatly concerned at the influence of Indian activists abroad, and through the intelligence services kept a close eye on their activities.  In 1915, the India Office received a copy of a letter sent to the Foreign Office from the British Political Officer in Basra, along with a specimen of Bande Mataram, the pamphlet published by Madame Cama, found in an Indian soldier’s kit.  In his letter, he asked: 'In view of the existing conditions of war and of close alliance with France, could the French Government be got to arrest Madame Cama and put her away somewhere?'  A note in the file suggested such a move would do more harm than good and pointed out: 'The lady is under close observation, and is not now in a position to tamper with Indian troops'.  By February 1917 more direct action had been taken, with the newspaper Call reporting that 'Madame B. Cama, editor of the "Bande Mataram", a Hindu paper published in Paris, is one of the most important women who have been denied their liberty.  She was interned in Paris at the special request of the British Government'. 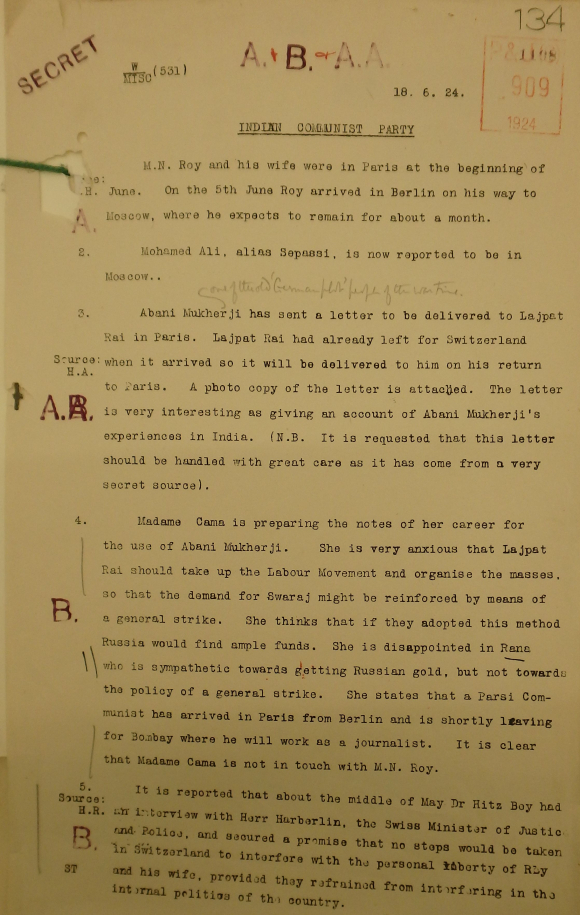 In the 1920s and 1930s, surveillance of Indian activists continued.  Madame Cama appears in several of the files of Indian Political Intelligence, the branch of British Intelligence responsible for monitoring Indian nationalist in the UK, Europe and America, and some examples are given below in the suggestions for further reading. 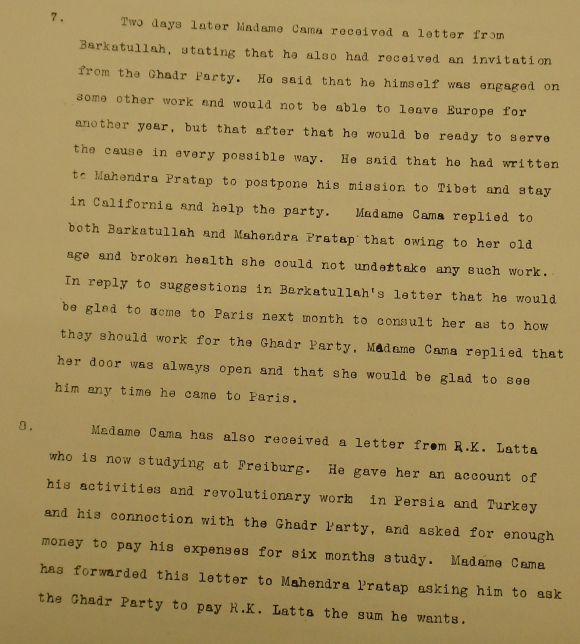 Madame Cama's health had never fully recovered from her social work in 1897, and her work, combined with continual government hostility, strained it further.  As she wrote to the Russian political activist Maxim Gorky in 1912: 'All my time and energy are devoted to my country and her struggle'.  In November 1935, she returned to India, and died shortly afterwards in August 1936.

Foreign Office papers regarding Madame Cama can be found at the UK National Archives, references FO 800/56B.