Mary Ann Parker's A voyage round the world in the Gorgon man of war (1795) was the first travel memoir, by a European woman, of her voyage and visit to New South Wales.  Beyond this memoir, and grant applications made to the Literary Fund, Mary Ann Parker's origins, family, and later biography remained obscure.  Here, I historically identify Mary Ann Parker's father as the Georgian medical practitioner, John Burrows. 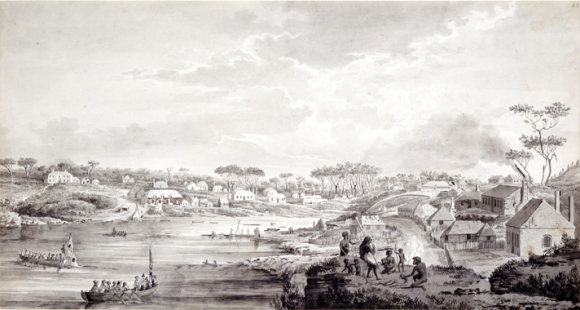 Burrows was a London apothecary’s son who identified himself at different times as a ‘surgeon’, a ‘doctor of physick’, and an MD.  A medical adviser who was sometimes favoured by wealthy patients and patrons; who travelled and worked as a doctor in other European countries; who translated, wrote, and published medical books; who obtained a patent in 1772 for Velnos vegetable syrup, from the sales of which another man later succeeded in making a fortune; and who was described as a ‘druggist’ when he was declared bankrupt in August 1783, a few months after his daughter Mary Ann Burrows married a Royal Navy officer, John Parker, in London. 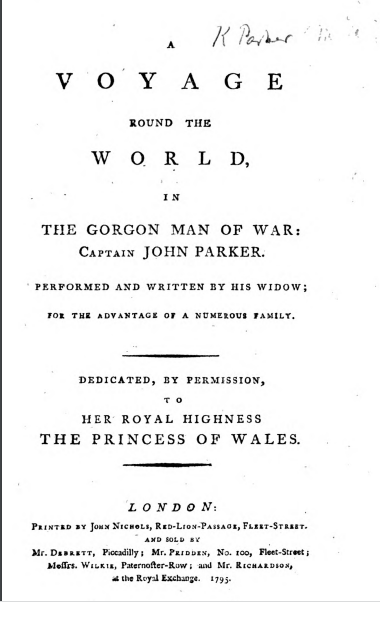 Mary Ann Parker,  A voyage round the world in the Gorgon man of war (1795)

Mary Ann Parker completed the fifteen month return voyage to New South Wales with her husband, Captain John Parker, of HMS Gorgon, in 1791-2.  She had previously travelled with her parents, in Europe, in 1775-82.  Living in Spain and Italy, and travelling home through France.

In September 1782, Amelia Barry, who was stranded in Pisa, entrusted ‘Dr Burrows’ to carry a letter to Benjamin Franklin in Paris. Observing that

Docr. Burrows, the Gentleman who will have the honour to present you this letter, is one of the few friends to whom I am under infinite obligations.   During his residence in Tuscany, I have found united in his Person, the character of a skilful Phisician, and a most sincere Friend: To my lasting regret, he is going with his family, to England.

By the time Amelia Barry next wrote to Franklin in February, ‘Miss Burrows’ was married to John Parker, at a wedding on Monday 29 January 1783, in her home parish of St James Piccadilly in London.

John Parker obtained promotion to Lieutenant from February 1783.  It was Lieutenant John Parker who purchased insurance for the Burrows' new London home on James Street, Golden Square, and was probably the leaseholder.  Within a few months of being declared bankrupt, Burrows obtained his certificate, and recommenced trading. He was listed in London directories up to the mid 1790s. 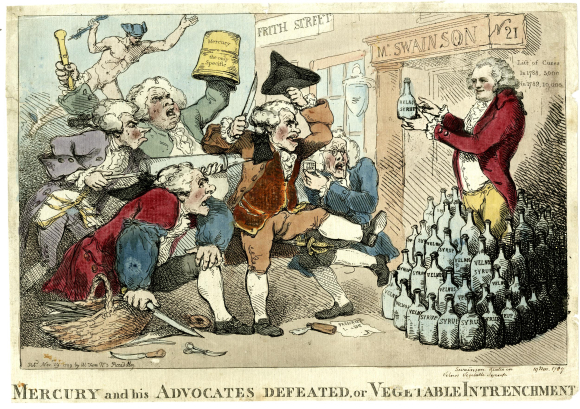 Thomas Rowlandson, Mercury and his advocates defeated, or vegetable intrenchment (1789). The pyramid of bottles is inscribed 'Velnos Syrup'. © The Trustees of the British Museum

Captain John Parker, by then of HMS Woolwich, died of yellow fever in Martinique in 1794.  His widow did not marry again. In 1818, the Parkers' eldest daughter, Margaret, married Robert Vincent, a solicitor.  In 1841, the census enumerator found ‘Mary Parker’, aged ‘70’, at home on Harpur Street, Holborn in London with her two granddaughters, aged 15 and 20.  All three were described as independent, not as employed or in school.

By 30 August 1848, the Vincent family had moved to Connaught Terrace, where Mary Ann Parker died, aged 82.  Mary Ann Parker’s death notice appeared in the Gentleman’s Magazine, edited by John Bowyer Nichols, whose father, John Nichols, had printed and appreciatively reviewed A voyage round the world in the Gorgon man of war (1795).