The foundation stone of this building in London’s Balls Pond Road was inscribed; ‘Bookbinders’ Provident Asylum, established A.D. 1839, erected 1843’.  It was funded thanks to The Bookbinders' Pension and Asylum Society (created in 1830); its aim to ‘provide a weekly pension of 6s. to 12s. and an asylum for aged and incapacitated members and their widows; also for females who have worked at the business for at least ten years’. 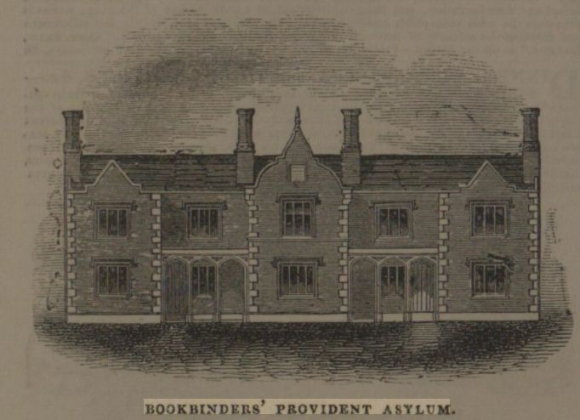 Many 19th century London workers were only a step away from the breadline and a misfortune like illness or losing one’s job meant destitution, imprisonment for debt or being dispatched to the workhouse.  It is no wonder that bookbinders banded together to help people in their trade who could no longer look after themselves.  Their fund raising work attracted interest in the newspapers, including this column in The Planet. 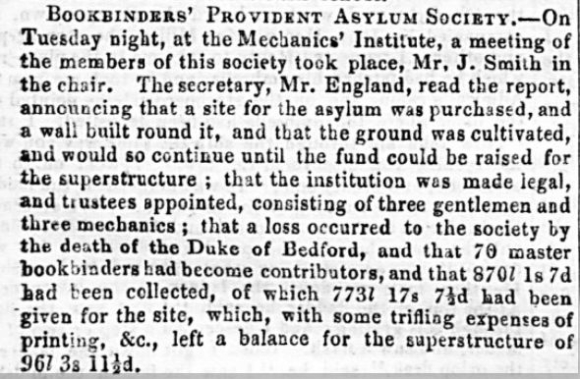 Money-raising activities included dinners, theatrical performances, outings, and securing donations.  The latter came from a surprising variety of patrons, from Prince Albert (£25) to a miser resident in Hoxton who left the majority of his estate (£900) to the Asylum.

Unusually, we can see the faces of two early residents, James England (b.1797) (who appears in the newspaper cutting above) and Richard Stagg (b.1791). 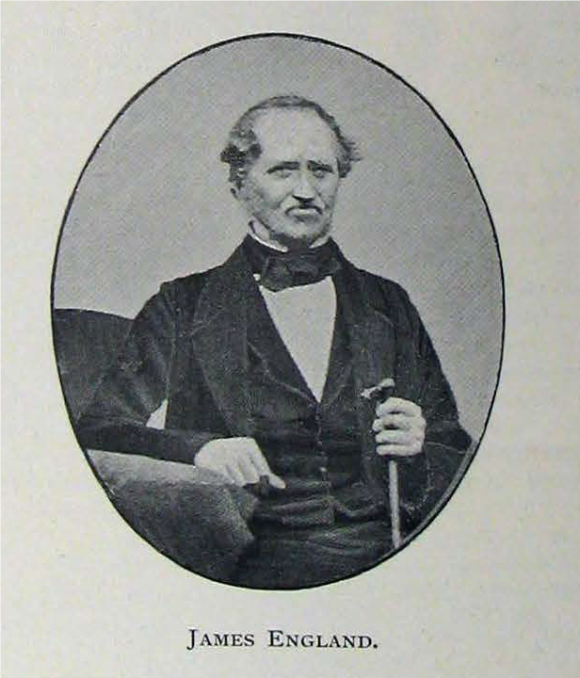 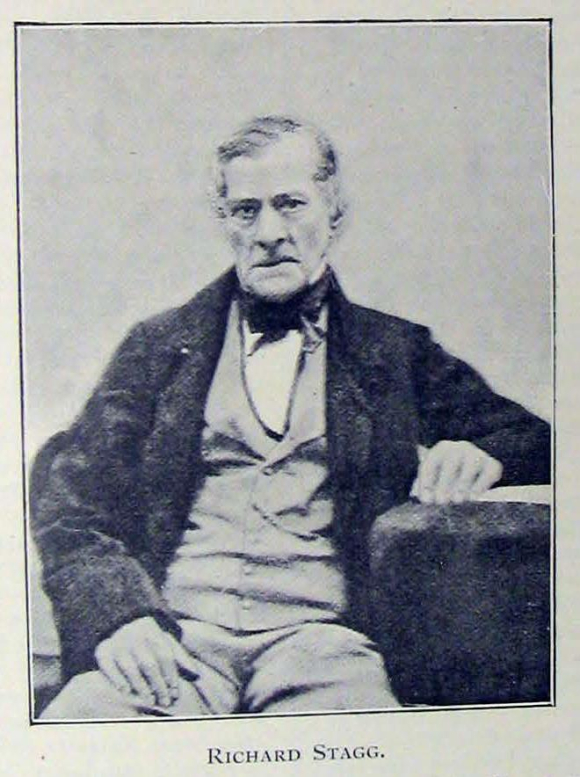 By the early 20th century it had become impossible maintain the asylum in its existing set up.  The land, which had been located on the outskirts of the capital, now occupied a prime situation.  The asylum closed in 1927 and a new establishment, called The Bookbinders’ Cottages, was built in Whetstone.  It consisted of seven semi-detached two-storey blocks, each containing two dwellings.  Subsequently, the foundation was modernised and is now owned by the Book Trade Charity.

Further reading;
Lost Hospitals of London
Herbert Fry's Royal Guide to the London Charities – the quote about the purpose of the Society is taken from the 1917 edition p.22
The British Bookmaker - a journal which recorded the history of the bookbinding trade societies.
British Newspaper Archive also via Findmypast