At the end of the 18th century, a succession of bad harvests severely depleted the national crop of wheat.  The harvest of 1795 in particular resulted in chronic shortages.  On top of this, the geopolitical landscape of Europe had been turned upside down by the French Revolution and the subsequent wars with the French Republic altering trade and commerce across the continent.  The combination of these pressures was a doubling of the price of bread among ordinary civilians.  Counties around Britain appealed to the Privy Council for supplies of wheat to aid their populations as people in towns felt the effect.  A number of bread riots broke out across the country as people went hungry.  Burial figures from these years show a marked increase in 1795, implying a rise in death rate. 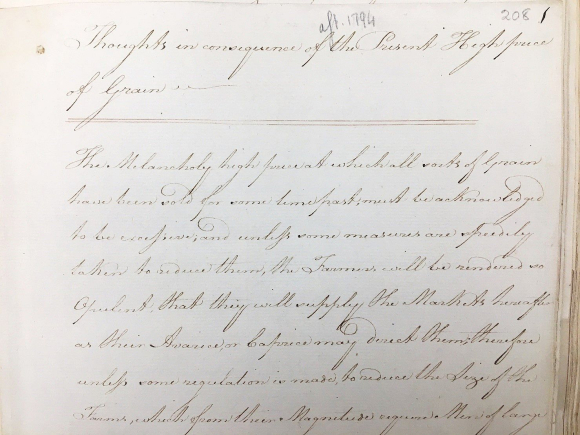 Faced with increasing discontent and instability the government had to do something to address the crisis.  There was an effort to import more grain from the Quebec and the Baltic, but there were plans forged at home as well.  Records in the Liverpool Papers show how the government were concerned that big farms were benefitting from the shortage by selling their wheat at over-opulent prices.  There were suggestions of limiting the control that the big farms had over price at the markets, but little action was taken on big producers’ profits.

Instead, attention turned to stretching supply.  Members of Parliament debated a motion to force millers to not strip the bran from their flour, so supplies might go further.  Millers were a popular focus of anger during the crisis.  They were often accused of mixing in other substances into flour in order to stretch their profits, so by forcing millers to change their product from the popular white bread to an unpopular whole-wheat bread, the government hoped some of the public’s ire would be redirected to them. 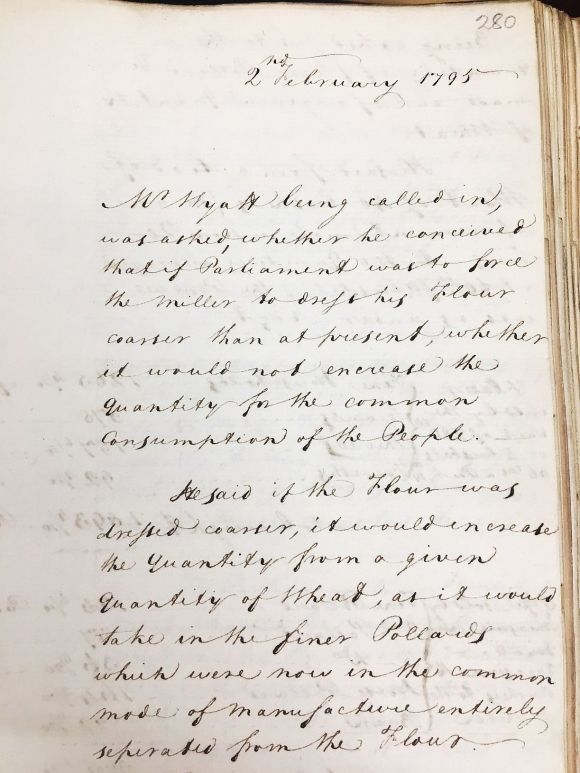 Advice given to the government at the time shows that given there was least some bran in loaves of bread already it was unlikely that the public would notice too much change.  However, the author of the report stipulates that in his opinion the bran probably offers ‘no nourishment to the human stomach’. 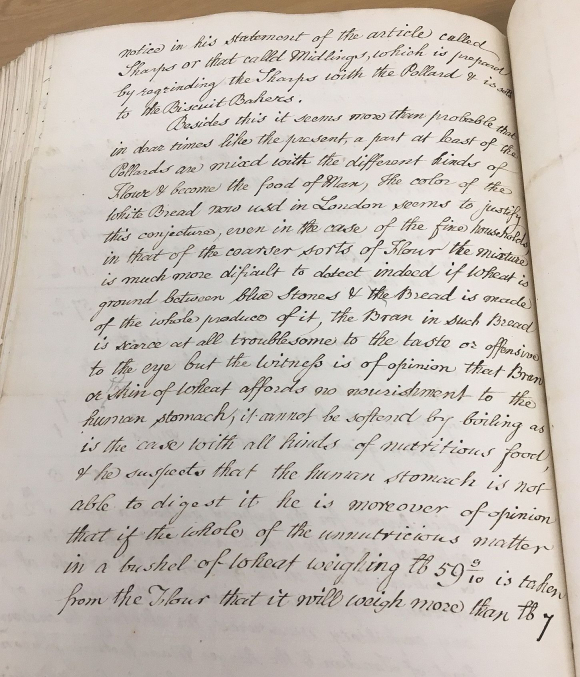 Another suggested course of action was the mixing of grains; unlike wheat, harvests of barley, rye, oats and peas had done well.  Suggestions were made for bakers to mix grains and create new loaves of bread for sale, but again this divergence from the white loaf was unpopular. 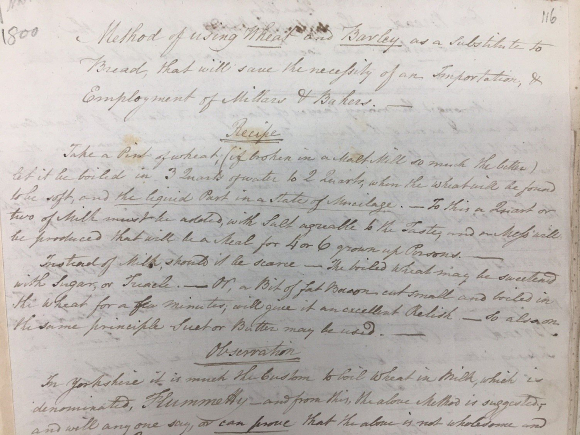 Recipe for wheat boiled in milk as a substitute meal instead of bread Add MS 38377, f.116.

When these plans were put in action it was the poorest segment of the population that would be consuming these altered loaves.  The richer demographics could choose to avoid wheaten bread altogether as they could easily exchange it for other sources of food.

The bread crisis would ease a little with a successful domestic harvest in 1796, however prices would continue fluctuate wildly over the end of the 18th century bringing continued hardship to those who relied on bread for many years to come. 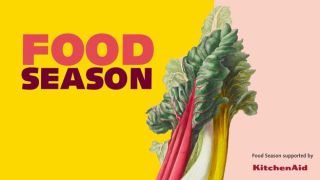