The Prayer Book of a Queen: Isabella of Castile and Inquisitorial Culture in Late Medieval Spain

In the British Library’s illuminated manuscript collection lies the breviary of Isabella of Castile, queen of Spain alongside her husband, Ferdinand II of Aragon, in the late 15th century.  This breviary, much like Isabella’s book of hours that is held by the Cleveland Museum of Art in the United States, was designed to be used by Isabella on a daily basis to recite daily prayers and record the lives of saints.  Beyond its daily function as a prayer book, what can this book tell us about Isabella herself?  What can it tell us about religious life in late medieval Castile, particularly for Jews and Muslims living in Isabella’s domains? 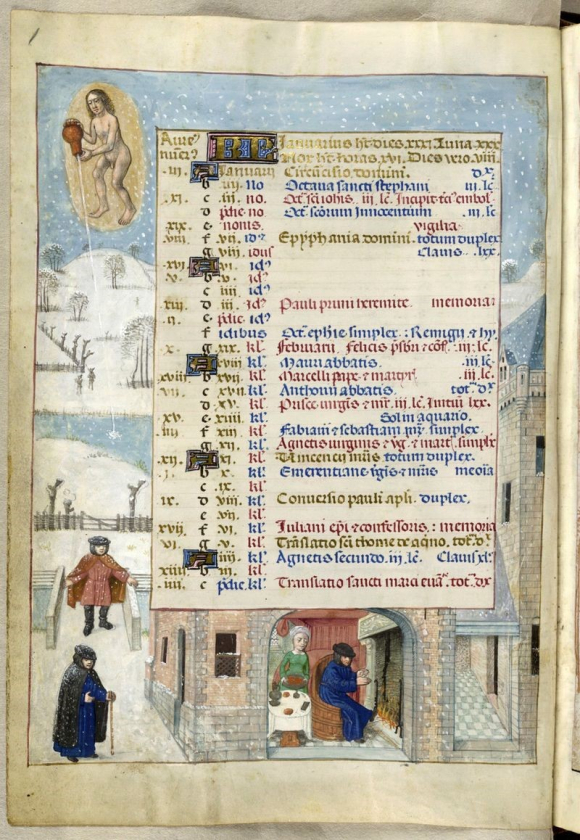 To place this manuscript in its 1497 context, we must first travel back to 1494 when Pope Alexander VI (born Rodrigo Borgia of Valencia) bestowed both Isabella and Ferdinand with the title ‘The Catholic Kings’ following their annexation of the Nasrid Kingdom of Granada in 1492.  This title came to characterise the reign of Isabella and Ferdinand since quickly after the extension of their rule into Granada, the Muslim and Jewish residents of Iberia were made to convert to Latin Christianity or leave the peninsula entirely.  Many travelled to the Americas to live in Iberian controlled territories in North and South America, while others fled to the Ottoman Empire or the North African coast.  For those that did remain, called conversos in Castilian Spanish, life under Isabella and Ferdinand was tumultuous as the establishment of the ‘heretical’.  Their religious practices, dress, interactions with their neighbours, and daily lives were scrutinised by the Inquisition in violent and, often, deadly ways. 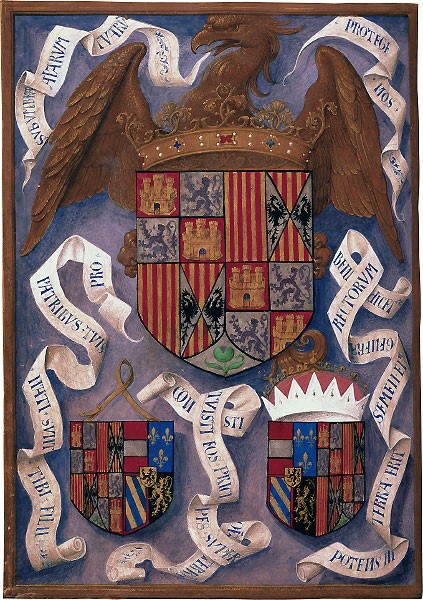 The coat of arms of Isabella and Ferdinand Digitised Manuscripts (bl.uk)

What, then, does MS 18851 have to do with this history of religious persecution and violence?  Like the books of hours and breviaries of other Iberian monarchs, notably of Alfonso V of in the British Library’s collection, they were crafted both for personal use and for performance since these manuscripts were often shared at court and read among the ladies of a queen’s household.  Since Isabella’s breviary was not only for her eyes, its importance as a symbol for her piety and position as a ‘Catholic Monarch’ meant that it embodied the social, political, and religious violence occurring in late 15th century Iberia since she used books, artwork, architecture, and dress to perform the role of the Catholic Queen.  While those within her domains were forced to convert and tried before the Inquisition, Isabella’s books, both the breviary and the book of hours, were symbols of her position as a Christian ruler for her own subjects and courtesans, and for those that flip through its digitised pages at the British Library today.

This blog post is part of a collaborative series with Medieval and Early Modern Orients (MEMOs). On the last Monday of every month, both Untold Lives and MEMOs' own blog will feature a post written by a member of the MEMOs team, showcasing their research in the British Library collections. Follow the conversation on Twitter with the hashtag #BLMEMOS.