Case of a destitute man in London 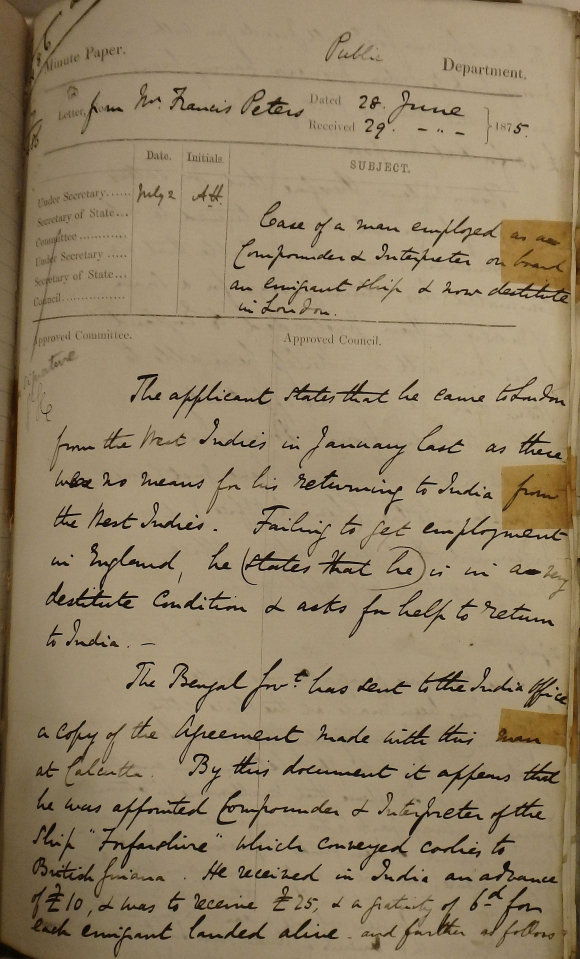 Francis Peters had been employed on the ship Forfarshire taking Indian indentured labourers from Calcutta to British Guiana towards the end of 1874.  He had worked on the ship as a Compounder (responsible for receiving and organising the labourers on board ship) and Interpreter.  He subsequently travelled from British Guiana to Britain intending to find a ship back to India, but had fallen on hard times while in London.  The Bengal Government sent to the India Office a copy of the agreement made with Peters which showed that he received in India an advance of £10 and was to receive £25 and a gratuity of 6d for each emigrant landed alive.  He was also to receive from the British Guiana Government passage back to India which had been budgeted at £40 for that purpose.  On making enquiries with the Emigration Commissioners in London, it became clear that it was the general practice to give the compounder the return passage allowance, and they then usually came to London to find a passage back to India.  This was due to the infrequency of ships returning to India from British Guiana. 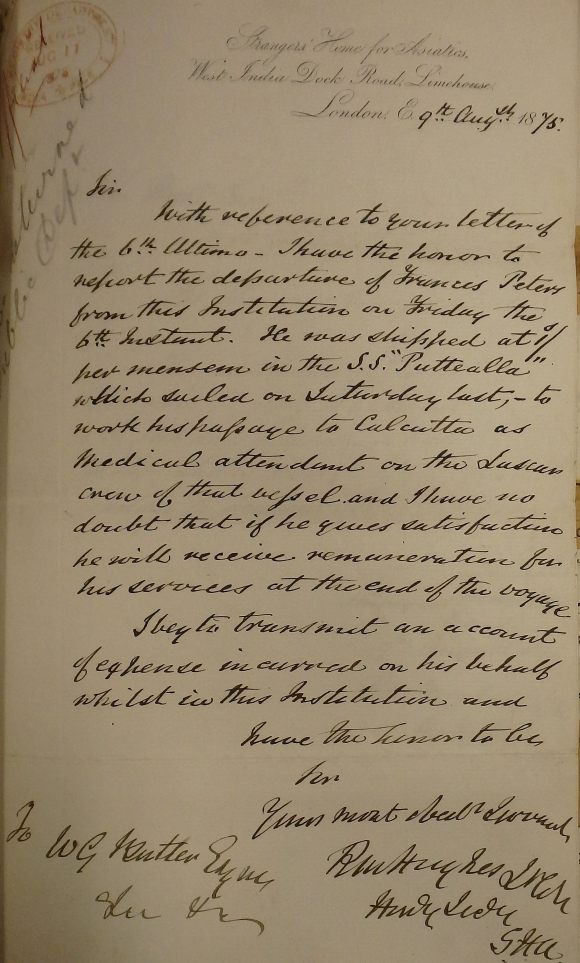 The India Office wrote to the Strangers’ Home for Asiatics, located in Limehouse in East London.  The Secretary of the Home replied that Peters had squandered his earnings on ‘debauchery’.  According to the Secretary, Peters ‘has been residing in the house of a disreputable woman who has been to the knowledge of the officers of the Home the ruin of two or three others – one of whom who was in England last year we find actually recommended Peters to find her out which he has done to his cost’.  Peters also wrote to the India Office stating that he was ‘suffering great distress from want of a home and food’, and he begged the Secretary of State for India to overlook his faults and pardon him on this occasion.  He wrote that ‘I am daily trying to get a ship but cannot meet with any success and am now homeless’.  He claimed that he had tried to explain his case to the authorities at the Strangers’ Home but that they refused to listen to him.  He concluded that ‘The gnawing pain of hunger has made me appeal to your Lordship’. 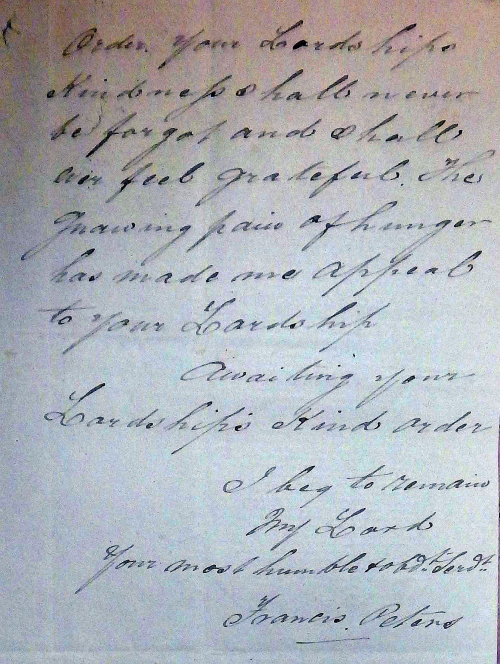 The feeling in the India Office was that something had to be done as Peters was actually starving, even though his conduct may not have been deserving of any sympathy.  The Strangers’ Home was prevailed upon to admit him, and it was arranged that he would work his passage to India aboard the SS Puttiala as a cuddy servant (working in the galley and waiting at dinner). 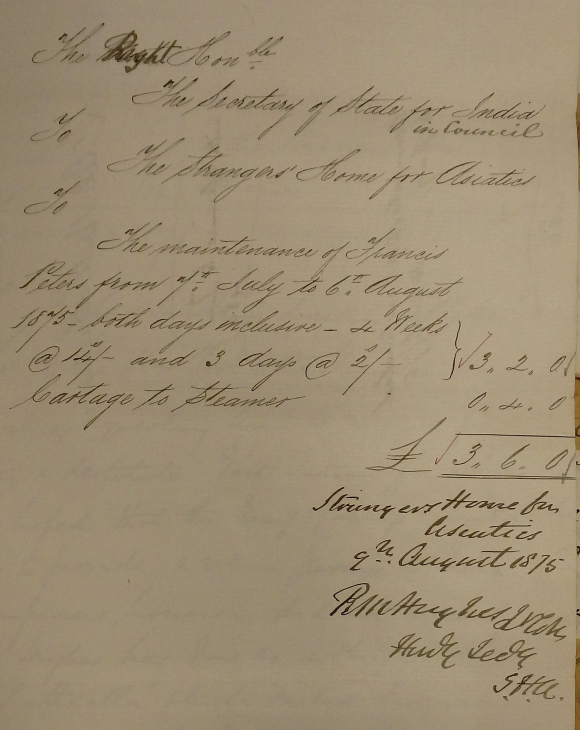 On 9 August 1875 the Secretary of the Strangers’ Home wrote to confirm that Peters had left on the ship, and he enclosed the bill for Peters’ stay at the Home from 7 July to 6 August plus cartage to the steamer which came to £3 and 6 shillings.