Grants of money made by the East India Company

In 1831 the East India Company was directed by its General Court of Proprietors to prepare a statement of expenditure since 1813 on grants of money and pensions.  This was to include grants over £200, pensions of £100 per annum and above, and all superannuation and retirement allowances, except those paid to civil and military personnel under Company regulations.  Names of recipients, amounts, and reasons were set down, and the list was printed for the information of the Company’s shareholders. 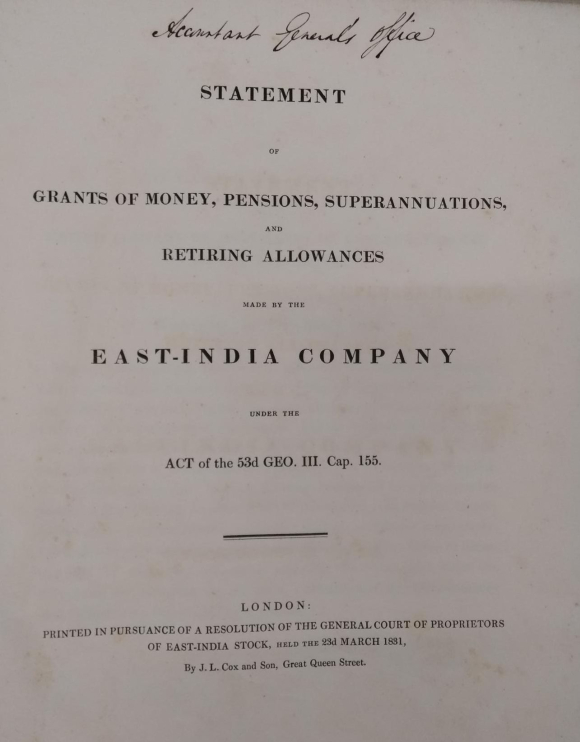 Title page of Grants of Money Pensions Superannuations and Retiring Allowances made by the East India Company IOR/L/AG/9/8/2 no. 379

A wide range of European men and women received money for many different reasons, relating to activities both in Asia and in the UK.  Famous names appear.  Captain George Everest received £600 in 1830 for ‘the superior nature of his duties’ when employed on the Great Trigonometrical Survey of India.  Thomas Stamford Raffles was paid £315 in 1816 for expenses involved in publishing his History of Java.  Major General Henry Shrapnel was awarded a pension of £200 per annum in 1828 as a consideration for any future supplies to the Company of shells of his invention. 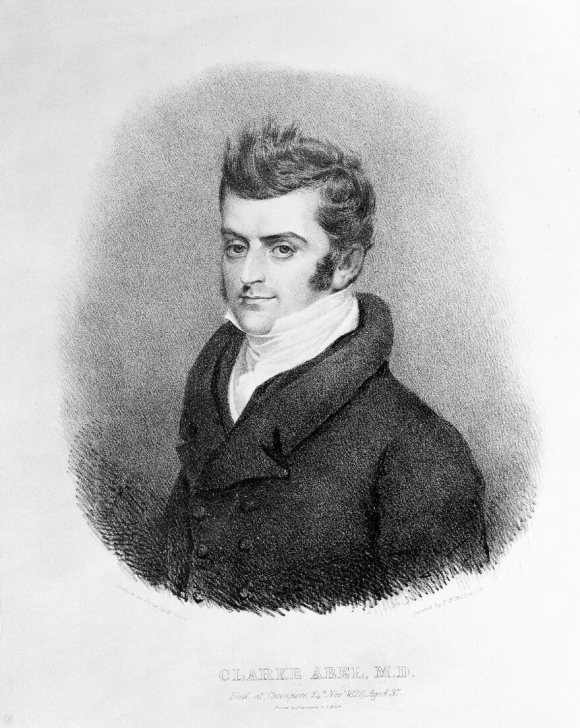 At the top of the list of grants are two payments to surgeon and naturalist Dr Clarke Abel.  The first for £434 was made in 1818 as the value of the apparatus Abel lost in the wreck of the Alceste when returning from China with the Amherst embassy.  The second grant in 1823 for £500 was to provide equipment required for Abel’s research as a naturalist going to India with Lord Amherst. 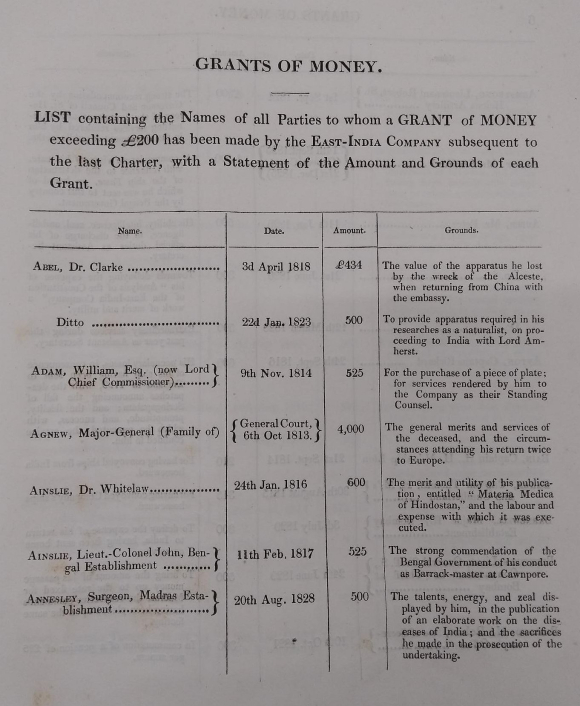 Further down the page are two more surgeons.  Dr Whitelaw Ainslie received £600 in 1816 for ‘the merit and utility’ of his book Materia Medica of Hindostan.  James Annesley of the Madras medical establishment was given £500 for ‘the talents, energy and zeal displayed by him, in the publication of an elaborate work on the diseases of India’.

The Abbé Dubois, a Roman Catholic missionary, received a pension of £100 per annum from 1824 for vaccinating patients in India and for his ‘high character’.

Captain Thomas Mackeson, formerly a commander in the Company’s mercantile marine, was awarded a pension of £200 per annum in 1814 for his services and a wound received from a Spaniard on board his ship.  According to the Madras Courier, Mackeson was visiting the sick on his ship the Sarah Christiana towards the end of 1809 when he was hit on the back of the head with a hatchet by a crew member.  A court martial was held in Madras in March 1810 and the man was sentenced to death.

In 1815 Lieutenant Colonel George Hanbury Pine was granted £600 for his long detention in France as a prisoner of war.

Widow Mary Ann Sawyer was granted a pension of £100 per annum in 1824 in recognition of her late husband’s service in sorting the Company’s cinnamon which ‘materially contributed to its advantageous sale’.

Royal Navy captains were given money for convoying Company ships.  Many entries concern distressed widows and children of Company men.  There are a number of pensions awarded to civil and military servants for ‘insanity’.  London employees were rewarded for long service when they retired: auditor William Wright was allocated a pension of £1800 per annum in 1825 after 54 years with the Company.

This is just a small selection from a 41-page document providing fascinating glimpses into lives which were intertwined with the East India Company.