One of the responsibilities of an archival cataloguer is attempting to determine the provenance of the documents they work with, how each document came into being, and the journey it went on before arriving at the archive.  In some cases this can be a relatively easy task: details of provenance may be clearly recorded, either within the document itself or externally.  But occasionally a document is discovered somewhere entirely unexpected, sometimes even within a collection which the archive has held for many years.  Just last year a previously unknown letter by Giacomo Casanova was discovered inside a copy of his Memoirs held by the Library of Trinity College, Cambridge.  The letter was written to his nephew in 1791, but the volume it was inside wasn’t published until 1833, 35 years after his death.  How and when it ended up there has gone unrecorded, but there is at least an obvious reason for an association between these two documents.  A similar situation involving two documents held by the British Library cannot be simply explained by any such thematic link, and appears to be a connection that came about completely at random. 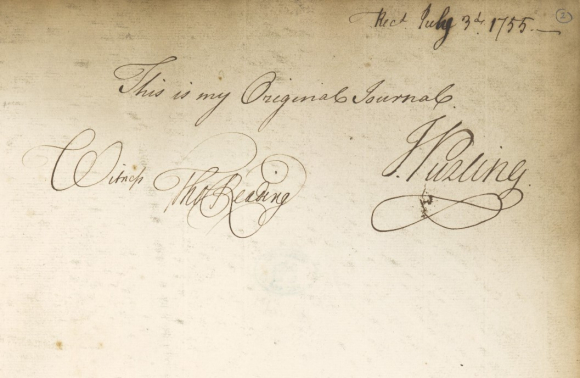 Inscription at the start of the journal of the Sandwich, inside which hides a document from 75 years later (1755), IOR/L/MAR/B/606C, f 2, India Office Records, British Library

IOR/L/MAR/B/606C is a journal of a return voyage by the East India Company ship Sandwich from England to India and Mocha in 1753-55, one of hundreds of similar documents within the India Office Records covering trading voyages from the 17th-19th centuries.  But nestled between its pages is what seems to be an entirely unrelated piece of paper, containing copies of four testimonial references written in 1830 for the then newly-qualified English doctor Alfred Swaine Taylor (IOR/L/MAR/B/606C, ff. 98-99).  This is by no means an insignificant document, the references come from some of the most respected physicians of their day: Honoratus Leigh Thomas, recently retired as President of the Royal College of Surgeons; Joseph Henry Green, Professor of Anatomy at both the RCS and the Royal Academy; Thomas Addison, a celebrated diagnostician who would go on to be the first to describe conditions including Addison’s disease and pernicious anaemia; and Sir Astley Cooper, another former President of the RCS who was renowned for his pioneering treatments of aneurysms and hernias.  What it does not contain is anything directly relevant to an ocean voyage 75 years earlier. 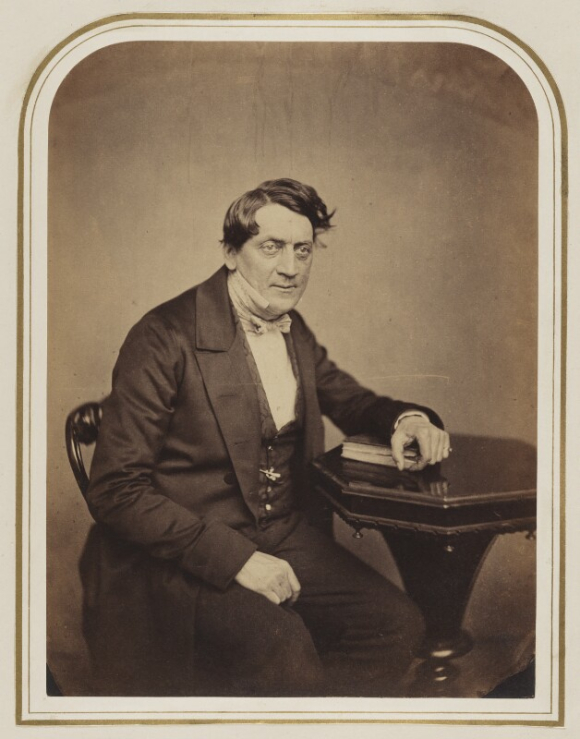 However, there is a slight connection between the two documents.  Taylor’s father was Thomas Rumbold Taylor, a captain with the East India Company, and though the journey recorded in the Sandwich’s journal is too early for him to have been involved with, he did captain the EIC ship Glory on a voyage to India and Ceylon [Sri Lanka] in 1803-05, for which the journal is preserved as IOR/L/MAR/B/295A.  Is this connection mere coincidence, or might a researcher have inadvertently cross-contaminated the records while looking into this very link?  Might Taylor himself have mislaid his references while researching his father’s profession?  If this was the case his prospects do not appear to have suffered, he would be appointed Lecturer in Medical Jurisprudence at Guy’s Hospital, London, the following year, and go on to a distinguished career in toxicology and forensic medicine.  As for how the document ended up where it is, we will likely never know.

Further reading:
Money matters: the discovery of an unpublished letter by Giacomo Casanova (1725-1798)