In 1830, a new system for providing workers for British and French colonies was introduced following the abolition of slavery in Britain.  Known as the indentured labour system, workers could be recruited for a specified time, during which the employer was obliged to provide wages, medical facilities and other amenities.  The system provided an opportunity for large numbers of Indians to work and send wages back home to their families.  However it was criticised for being too similar to slavery, with little scope for protecting those who signed up from abuses. 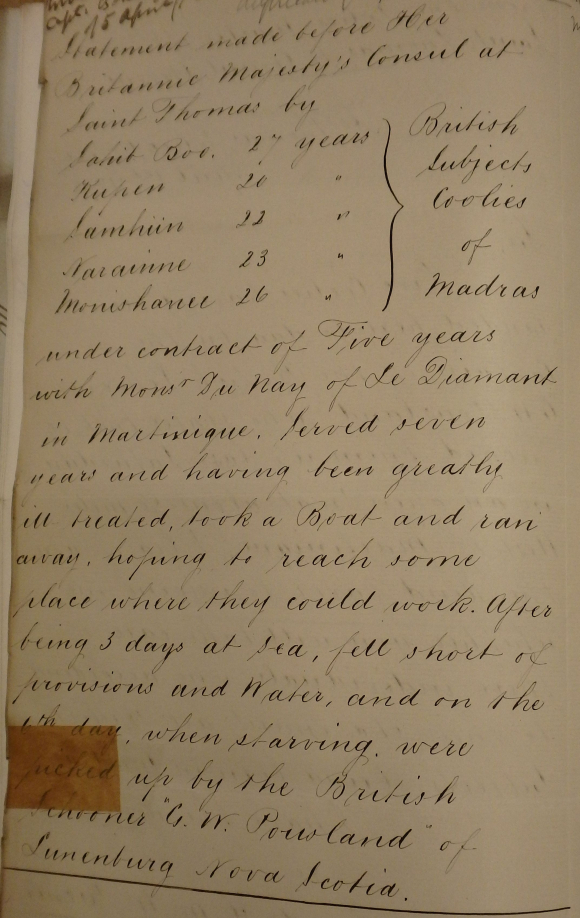 Statement by the Indian workers IOR/L/PJ/2/151

The vulnerable situation in which Indian workers could find themselves was demonstrated by the case of five indentured workers from India who were picked up at sea on 30 March 1878 by the schooner G W Pousland about 80 miles west of Martinique.  The master of the ship took the men to George Stevens, British Consul at the Danish West Indies colony of Saint Thomas.  The five men were named Sahib Boo (27 years), Rupen (20 years), Samhiin (22 years), Narainne (23 years) and Monishanee (26 years), all originally from Madras.  They stated that they were under a five year contract to work on the estate of Monsieur Du Nay of Le Diamant in Martinique.  They had served seven years there, but having been badly treated and detained beyond the period of their contract, they took a boat and left.  After three days at sea their food and water had run short, it had been on the sixth day that they had been rescued. 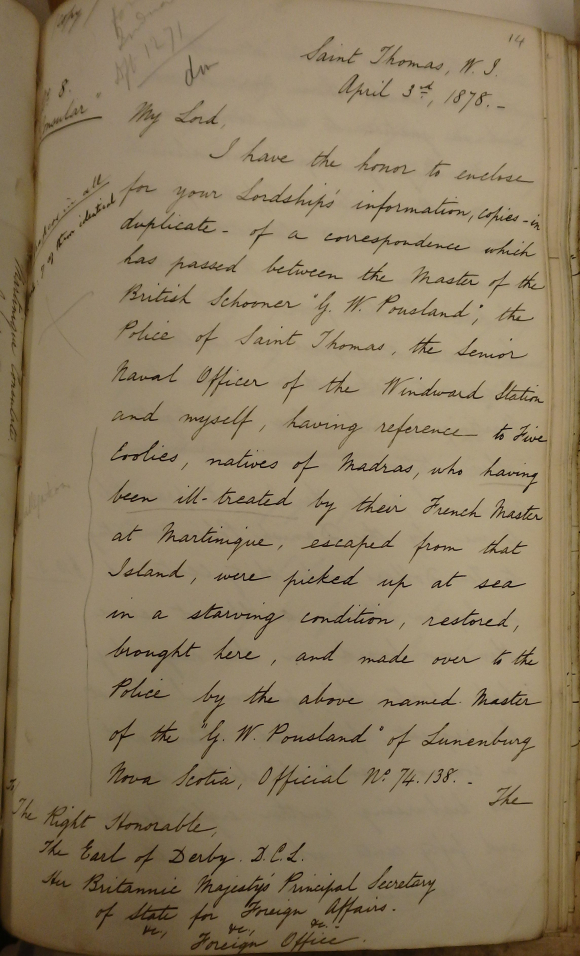 Consul Stevens asked Captain Boxer of the British corvette HMS Tourmaline, which happened to be at St Thomas, to return them for further investigation to Martinique, which he would pass on his way to Barbados.  The men expressed their 'great unwillingness' to return to Martinique, and after consulting with the French authorities it became clear that although no official claim would be made for the men, if they were landed in Martinique they would be liable for the theft of the canoe and for violation of contract.  In summarising these events, an India Office official noted that the treatment of the men by their employer 'whether shown in the withholding of return passage, as has been alleged, and as has been so often a grievance in the French colonies, - or whether of any other kind, - must have been very bad to induce them to trust their lives in a canoe in the open sea, where they might not have been picked up'. 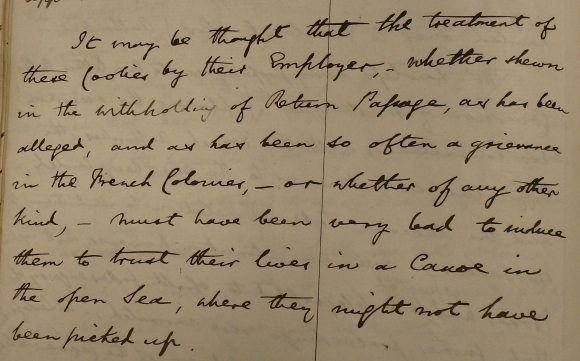 Captain Boxer decided not to land the men at Martinique but to take them on to Barbados where further advice could be sought.   Denied permission by the Governor in Chief of the Windward Islands to land the men at Barbados, he carried on to the Island of Antigua, where the Colonial Government gave permission for the men to be landed and new employment found for them.  It was arranged for them to be offered a new contract for three years by Mr G W Bennett, a landed proprietor of the island.  Under the contract they were to be paid one shilling per day, with a house and a plot of land to be allowed each man.  The five men agreed to this, and Captain Boxer reported on 25 April 1878 that they had been landed on Antigua and placed in charge of Mr Bennett. 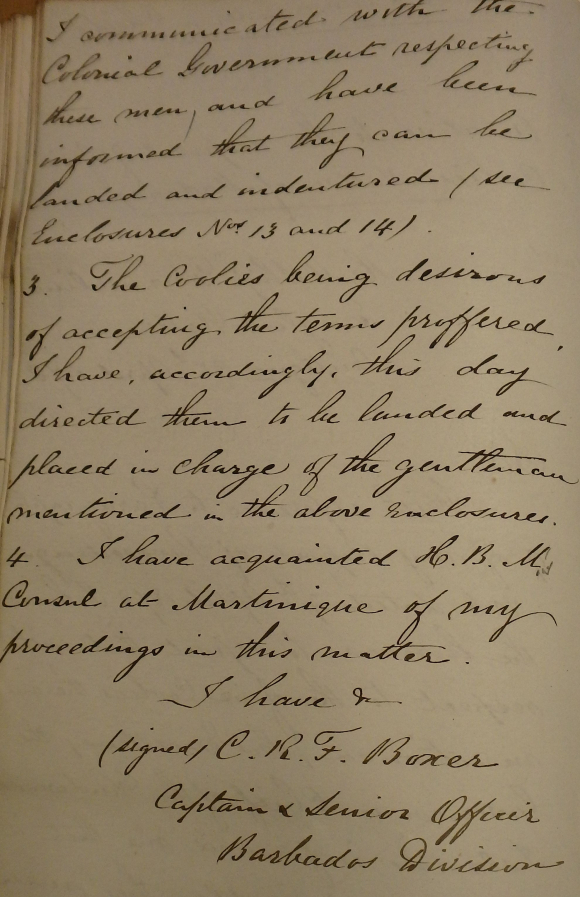 Indians Overseas: A guide to source materials in the India Office Records for the study of Indian emigration 1830-1950.