Mary Day: Pardoning of a Poisoner

In April 1777 Mary Day was indicted, arraigned and convicted of petty treason and murder at Madras.  She was found guilty of administering a poisoned drink to her husband Thomas Day, a sergeant with the East India Company, who had subsequently become ill and died.  Two accomplices - John Pybus, a cooper in the Company’s employ and Sheik Mucktoom - were also found guilty of murder as they were said to have both procured the poison or caused it to be procured.  This was a capital crime, and all three were sentenced to death by hanging.  For Mary Day, worse could have befallen her – the sentence on the statute book for a woman convicted of killing her husband was to be burned at the stake. 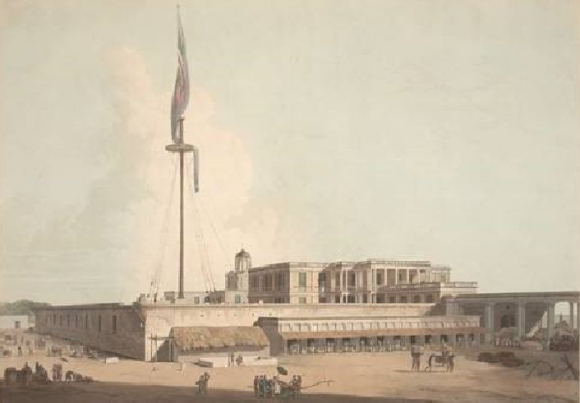 However, records show that the Justices weren’t convinced of the trio’s guilt.  The execution was postponed while the Madras Government wrote to the Directors of the East India Company giving the facts in the case, in the hope that they would petition the King for a pardon.  The copy of the petition to His Majesty is full of the details.  It wasn’t clear that Thomas Day had actually been poisoned at all.  The surgeon who attended him during his illness stated that Day's symptoms could have been caused by ‘acrid bile’.  He also tasted a white powder which had been given to the deceased but could not be certain that it was ‘mineral poison'.  The main evidence against Mary Day was apparently her own confession, obtained 'under an implied promise that if she confessed she should be most favourably dealt with'.  Sheik Mucktoom (sometimes given as Muktoon) was convicted after having allegedly confessed to an unnamed person that he had procured the poison - a confession which he vehemently denied in Court.  There was even less evidence again John Pybus: it was said that there was 'no legal Evidence given upon the said Tryal to charge him'.

The wheels of justice certainly moved slowly for the convicted.  A letter was not sent to the Directors until 5 February 1778, the delay no doubt influenced by the various political and administrative machinations in Madras in 1776-77, which included the Governor Lord Pigot being deposed and his successor and colleagues accused of murder.  The letter urged haste, as 'the unhappy Convicts… have already been several Months lingering in Confinement'.  It took six months for the letter to arrive in London; it was finally received on 6 August 1778.   The East India Company Court of Directors approved a draft of a petition on 16 September 1778, which was sent to the King on 23 September 1778.  Finally, a free pardon was approved at the Court of St James’s on 24 October 1778.  Almost two years after being found guilty by a jury in Madras, the pardon was finally dispatched from London on 18 February 1779.  It can only be assumed that during that time Mary Day, John Pybus and Sheik Mucktoom remained in prison.

And there the story ends. I have not yet been able to trace any further reference to the three convicted ‘poisoners’ in the records.  Perhaps evidence will emerge that proves that they were freed and went on to live long and happy lives.  If anyone knows more, we would love you to get in touch.