Life in Khartoum between Hicks and Gordon

A small collection of letters reveals the military career of a little-known British officer in Sudan in the late 19th century and his swift rise following a disastrous expedition.

The British Government was drawn into a war in Sudan by the bankruptcy of the Egyptian government in 1878.  The remaining shares of the new Suez Canal were bought up by the British to stabilise Egyptian debt. The British majority control of the canal gave them power over Egypt, effectively transforming it into a client state.

This intervention coincided with the rise of the self-proclaimed Mahdi, Muhammad Ahmed ‘ibn Abdullah, in Sudan, who declared war with Egypt in 1881.  With British support, the Egyptian ruler, Khedive Tewfik, launched an offensive to take back Sudan in 1883, appointing Colonel William Hicks as commander. 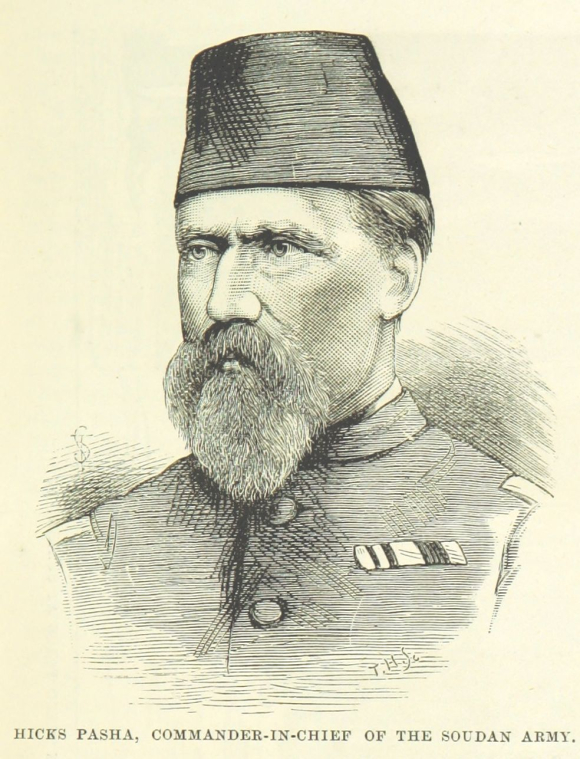 Colonel William Hicks from Charles George Gordon, Gordon and the Mahdi, an illustrated narrative of the war in the Soudan, etc (1885) Digital Store 9061.f.9 BL flickr

Henry de Coëtlogon, a retired Major from the Indian Army, received an appointment in Hicks’ staff and the rank of Lieutenant Colonel.  His time in Sudan is recorded in a series of intimate letters to his wife which are now available to view at the British Library (Add MS 89463). 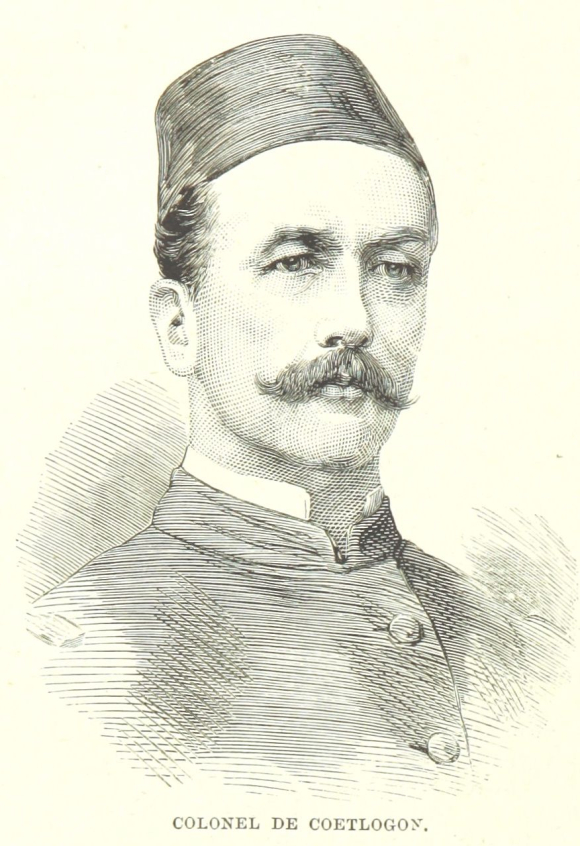 The letters detail how the Army travelled by boat and camel down through Egypt into Sudan to establish their base in the city of Khartoum.  From there de Coëtlogon joined an expedition to confront the rebels in spring 1883, including a skirmish near Aba Island on 29 April 1883, before the force returned to Khartoum to wait out the monsoon season.

For his involvement in the preparations for the return to hostilities, de Coëtlogon was promoted by Hicks to the full rank of Colonel.  However, the General chose to leave de Coëtlogon in Khartoum to maintain their base and patrol the Nile, while the main force marched on the Mahdi in September 1883.

After over a month in the desert, Hicks’ force was led into a waterless wasteland and ambushed on 5 November 1883.  Nearly the whole force was killed, leaving de Coëtlogon as the only British Officer remaining of the original Army.

Hearing the news, de Coëtlogon stopped patrolling the river and instead began reinforcing Khartoum’s walls and recalling garrisons from the surrounding forts.  He continued strengthening his position and drilling his troops for several months, all the while fearing an imminent attack, until the British government voted to send General Charles Gordon to relieve him. 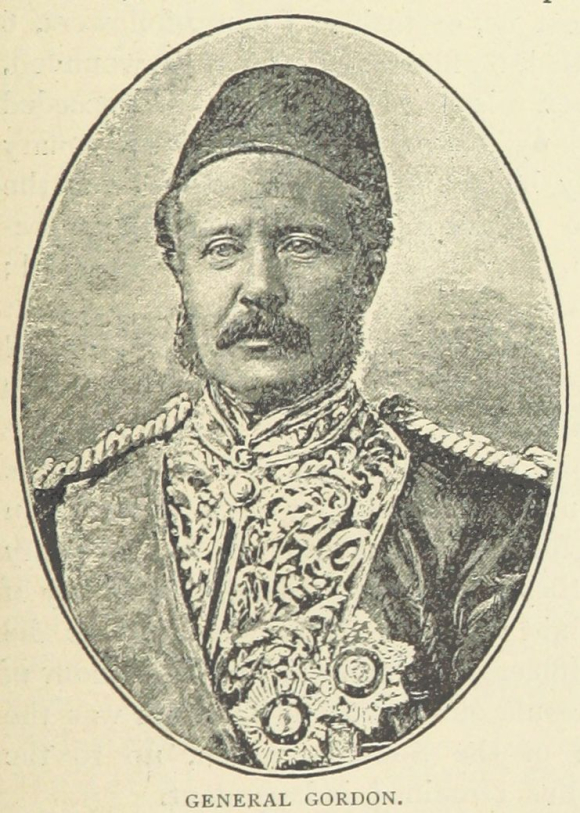 General Charles Gordon from James Smith, A Pilgrimage to Egypt: an account of a visit to Lower Egypt (1897) Digital Store 010095.ee.2 BL flickr

Following Gordon’s arrival in Khartoum in February 1884, de Coëtlogon was swiftly dismissed.  The collection even includes a letter from Gordon to de Coëtlogon, dated 20 February 1884, which praises his work and promises, with characteristic confidence and some hubris, 'you may rest assured that you leave a place which is as safe as Kensington Park'.

By mid-March the city was surrounded by the Mahdi’s forces, and a siege began which would last 317 days.  Eventually, on 26 January 1885, the walls were breached and Gordon killed.  Meanwhile, Henry de Coëtlogon had returned to Egypt and received an appointment in the police force.