A new acquisition to the India Office Private Papers has recently been catalogued and is available to researchers in the British Library’s Asian & African Studies reading room.  This is the papers of John Frederick Macnair, a partner in the firm of Begg, Dunlop & Co. 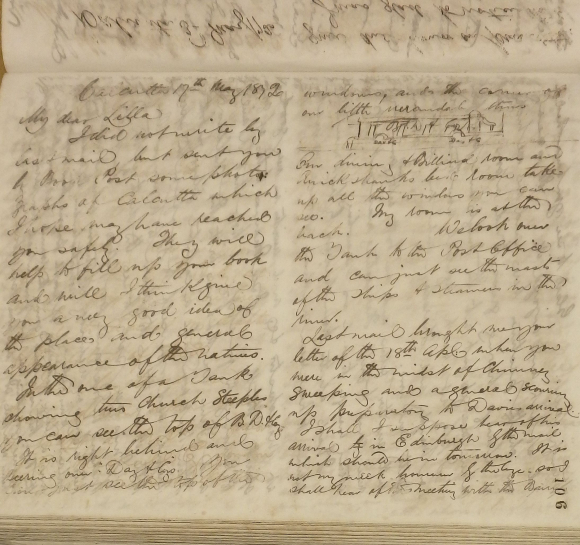 Begg, Dunlop & Co were managing agents in India with interests in a range of commodities such as tea, tobacco and indigo.  There is much in the collection relating to Macnair’s work with the firm, including accounts and information on tea estates, and tobacco and indigo concerns in which the firm had an interest.  Between 1870 and 1893, Macnair was based in Calcutta and the collection contains three of his copy letter books detailing his business correspondence, but also includes a few personal letters to his family in England.  In one letter to his sister Lilla, dated 17 May 1872, he roughly sketched the veranda of his house, and described the view: 'We look over the tank to the Post Office and can just see the masts of the ships & steamers in the river'. 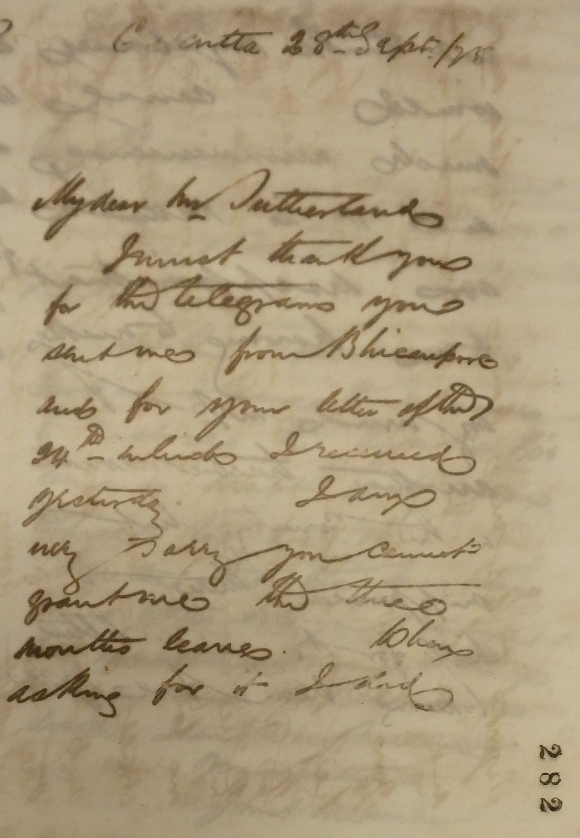 Life in India was often not easy, and in a letter of 28 September 1875 to his employer, he expressed his disappointment at being refused leave: 'I did not think my absence would cause much inconvenience and it is a rather sore disappointment to me having to make my mind up for another twelve months in this country but I suppose there is no help for it.  After having been five years in B.D.& Co’s I feel it would be foolish for a present disappointment to throw away future prospects in the firm, though these may be remote, by a resignation now'. 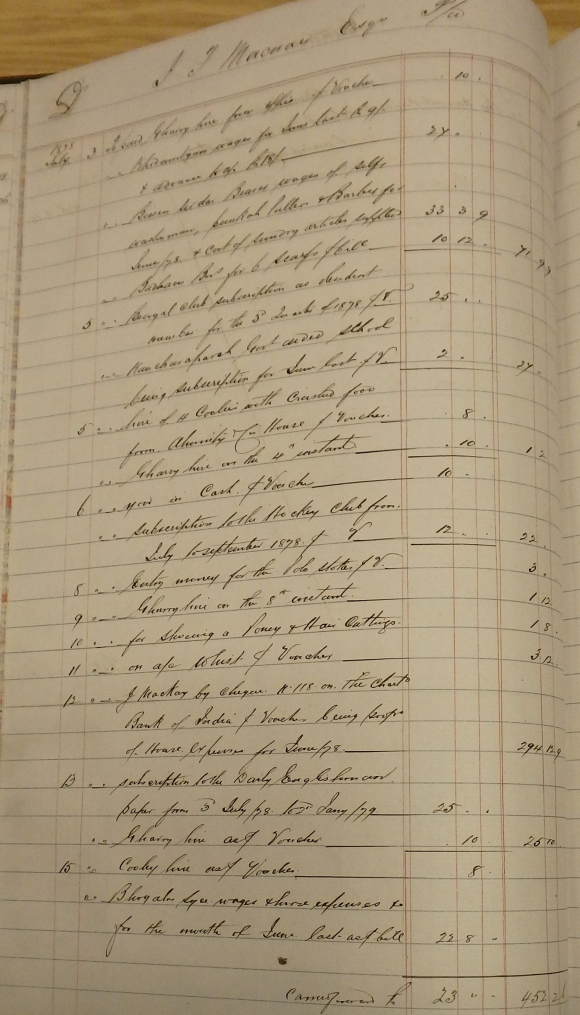 The collection includes his personal account book for 1877 to 1883 giving details of what he spent his money on in order to keep up the lifestyle of a British businessman in India at that time.  It lists subscriptions (hockey club, Daily Englishman newspaper, London Missionary Society), dinner and billiards at the Bengal Club, fees for the Calcutta Golf Club, carriage hire, servants wages, charitable donations, etc. In the early 1890s, Macnair moved back to England, and settled in Newcrofts, in Hillingdon, West London.  The collection contains fascinating material on the contents of his house giving a glimpse into how late Victorians decorated and furnished their homes.  This includes inventories of the effects and furniture in 1898, and correspondence with local builders, such as Fassnidge & Son on extensive works to improve and maintain the building.  There is also a collection of receipts from a wide array of retailers of furniture, fabrics and homeware, along with antiques dealers and carriage manufacturers.  Many of the receipts are elaborately illustrated to best advertise their business, such as for Samuel Withers, Borough Carriage Works; W E Ellis, a Scarborough net merchant; and Oetzmann & Co, cabinetmakers.  There is also a wonderfully detailed receipt from George Wright & Co, manufacturer of billiard tables, listing everything a Victorian gentleman would want for his games room. 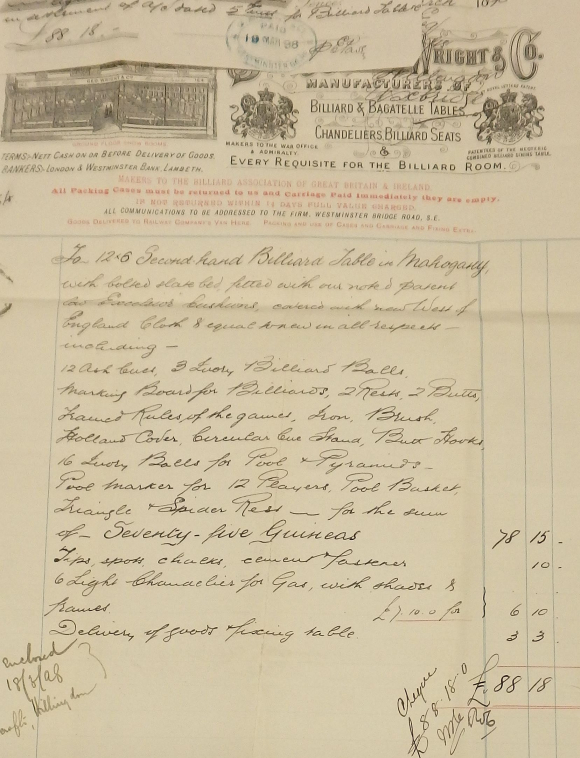