The Untold Lives blog has included several posts on the Granville Archive over the last couple of years.  The archive was acquired by the British Library in 2019, along with a supplementary collection of family papers previously hidden from public view, thanks to support from the National Heritage Memorial Fund (NHMF) and other funders. 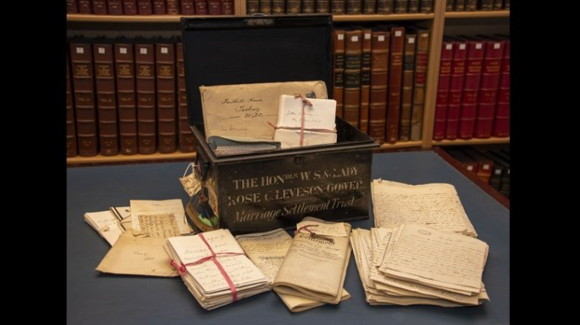 Like so much else, the project to repackage and catalogue the archive was held up by consecutive lock-downs.  Now, at last, the work is complete: catalogue descriptions for both the main and supplementary collections are available on the British Library’s Explore Archives and Manuscripts online catalogue (Add MS 89317 and Add MS 89382).  Readers can now directly request access any of the material in the BL reading rooms. 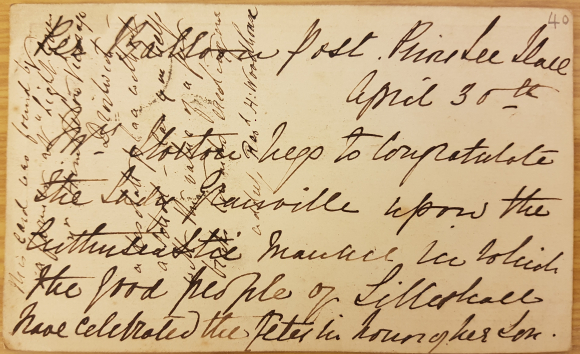 'Per Balloon Post': congratulatory postcard sent by balloon post to Castalia Leveson-Gower, Lady Granville, inscribed with a charitable appeal to the Countess from the finder, a Rev H Woodhouse, 30 April 1872
(Add MS 89382/4/23, f. 40)

The archive is large.  The main collection consists of 883 volumes and files of correspondence and papers, and the supplementary collection a further 96 (as well as a satin purse in which some of the letters were stored).  The collections span several generations over three centuries.  Of particular importance are the papers of Granville Leveson-Gower, 1st Earl (1773–1846), diplomat and politician, and his son Granville George Leveson-Gower, 2nd Earl (1815-1891), diplomat, foreign secretary and close friend of Gladstone. 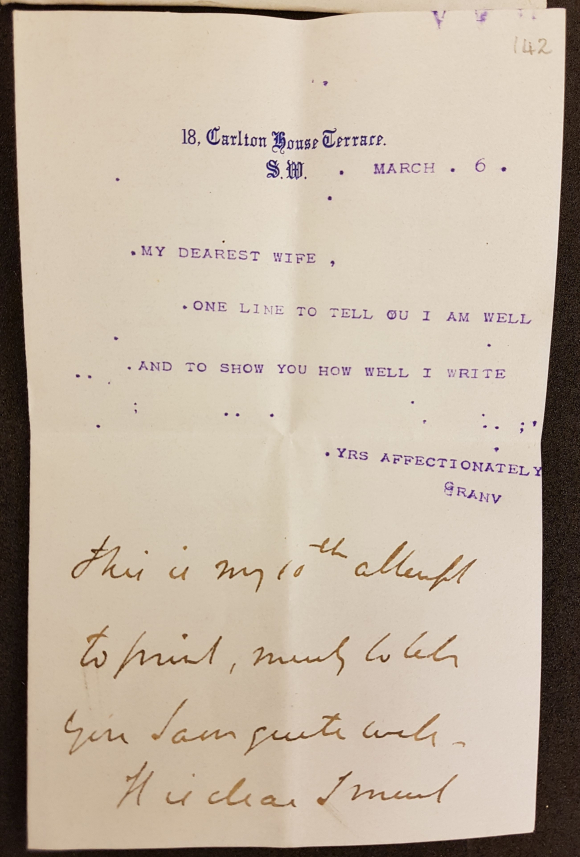 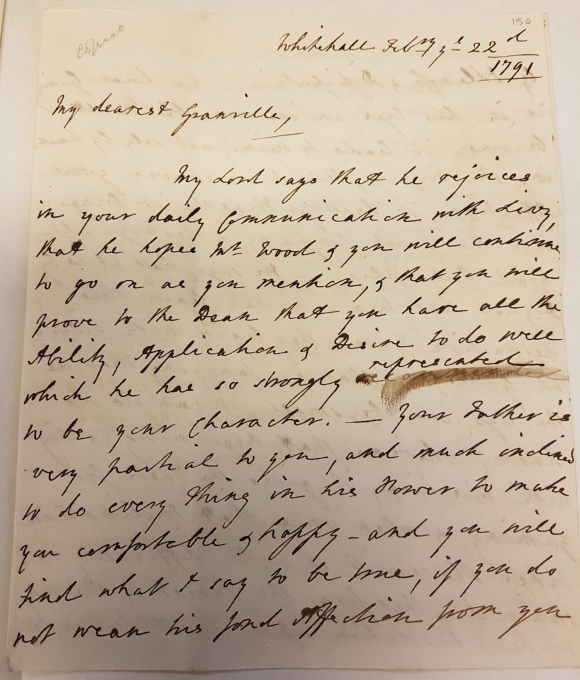 Anyone interested in 18th-19th century diplomacy and foreign affairs, national politics, aristocratic society and intimate family life, the development of higher education, and national museums is likely to find material of interest in the Granville Archive and supplementary papers. 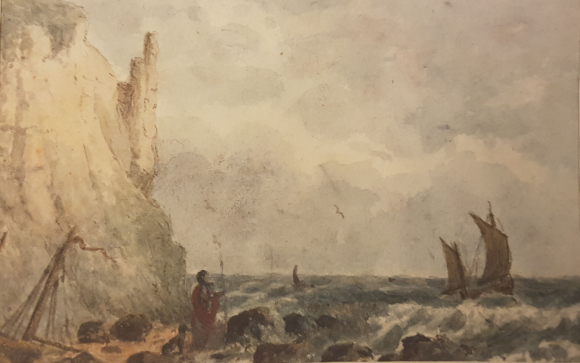 Self-portrait with dog on the shore below the cliffs at Hastings, by Lady Bessborough.  Enclosed in a letter to Granville Leveson-Gower, later 1st Earl Granville, while he was away in St Petersburg, Russia, 19 October 1804
(Add MS 89382/2/22, f. 70)

To find out more about some parts of the archive, see the previous Untold Lives blogposts, and enjoy a detailed account of innovative conservation treatment for locks of hair in the collection by BL conservator Veronica Zoppi (listed below).