The Modern Archives collections holds many of the personal papers of the Prime Ministers of the United Kingdom.  These are rich and extensive papers, which offer an incredible insight into the British political establishment over two centuries.  Our new collection guide introduces our holdings relating to British Prime Ministers.  The collections listed are valuable resources that can offer first-hand accounts of the some of the most prominent political personalities and infamous events of modern British history.  The papers include dialogues with Royals, correspondence from politicians, petitions, personal diaries and drafts of legislation.

We have selected a few items from this huge collection that highlight some of the fascinating stories hidden within these papers.

The folio below is from the copybook of letters of the John Stuart, 3rd Earl of Bute, Prime Minister from 1762 to 1763.  In this volume of transcripts of the Earl of Bute’s letters are a number of letters to the Prince of Wales, the future King George III.  The Earl of Bute offers his personal advice to the Prince, the transcript below offers insights into the tone of these letters. 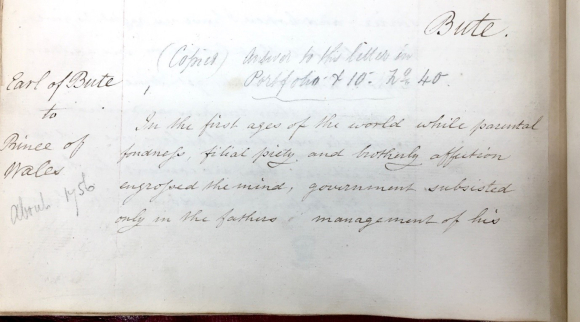 The papers of Lord North, Prime Minister from 1770 to 1782, offer insights into the British State’s response to the American Revolutionary War.  Among the papers are various letters from Loyalists including a petition of prisoners requesting assistance.  The folio below is a letter from Richard Clarke on behalf of his son Isaac who was one of the merchants chosen by the English East India Company to deal with tea consignments in Boston.  He refers to the violence that erupted during the event known as the Boston Tea Party, which brought suffering to his son and ended his employment.  From here, he appeals to Lord North for compensation for his son’s loss of income. 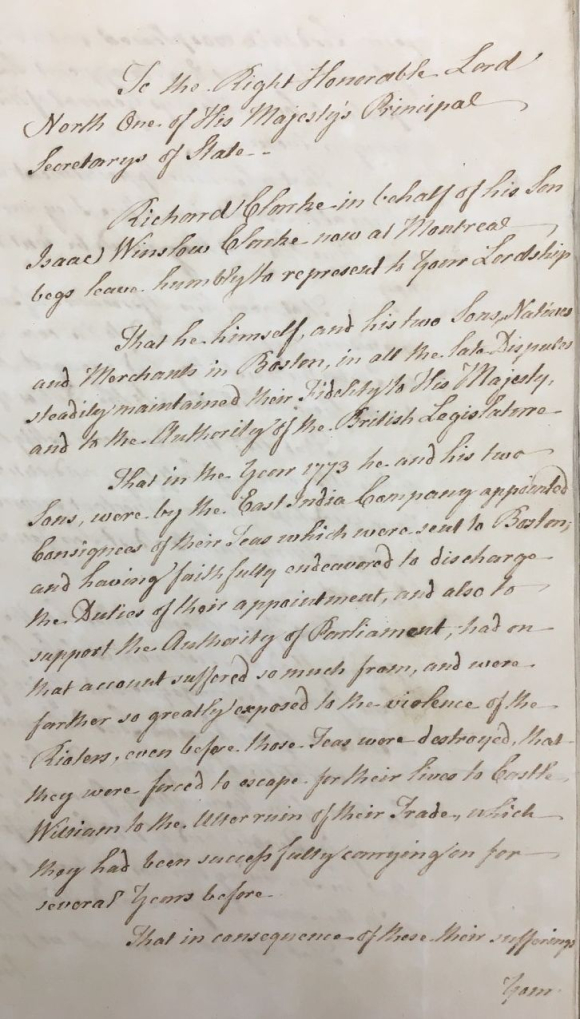 Letter to Lord North from Richard Clarke recalling his son’s experience of the Boston Tea Party, he was ‘greatly exposed to the violence of the rioters, even before those teas were destroyed’. Add MS 61864, f.25.

The papers of George Canning, prime minster in 1827, include files relating to the campaign to abolish slavery within the British Empire. The British trade in slaves had been illegal since 1807; however, ownership of slaves in British colonies was still legal until 1833. Some of Canning’s papers explore slavery within the British Empire, like the folio below concerning the case of a man who was contesting his enslavement in British Guiana. 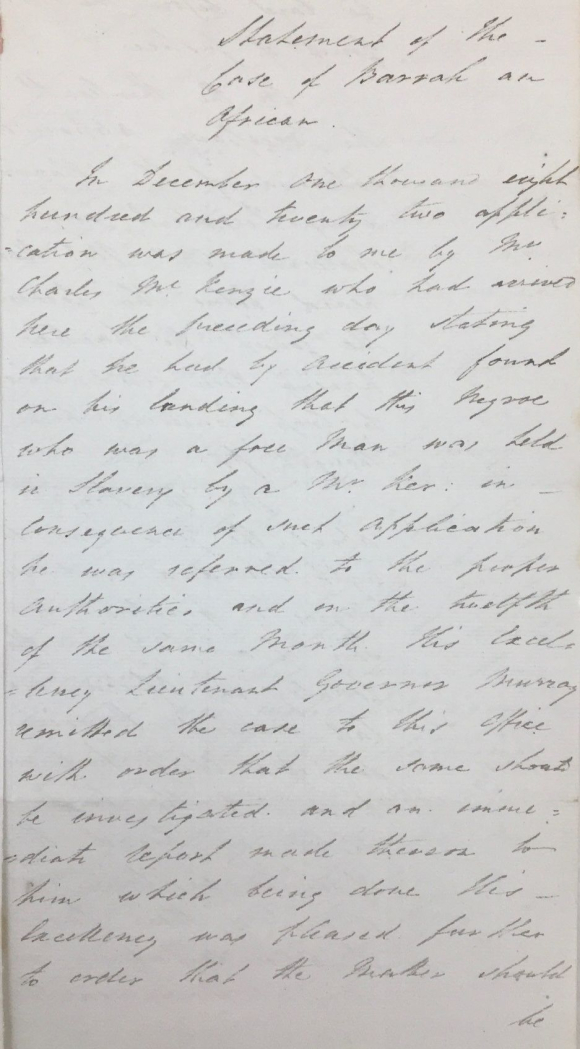 Papers considering the case of Barra[h/k], a man who was contesting his enslavement in British Guiana. Canning Papers, Add MS 89143/1/8/2. No foliation.

The extensive Gladstone Papers cover his four premierships and offer a unique insight into an expansive range of policy interests and political issues over the 19th century.  This letter is one of many from women’s suffrage campaigners. Millicent Fawcett writes to Gladstone’s office to thank Gladstone for his sympathy towards her sick husband. 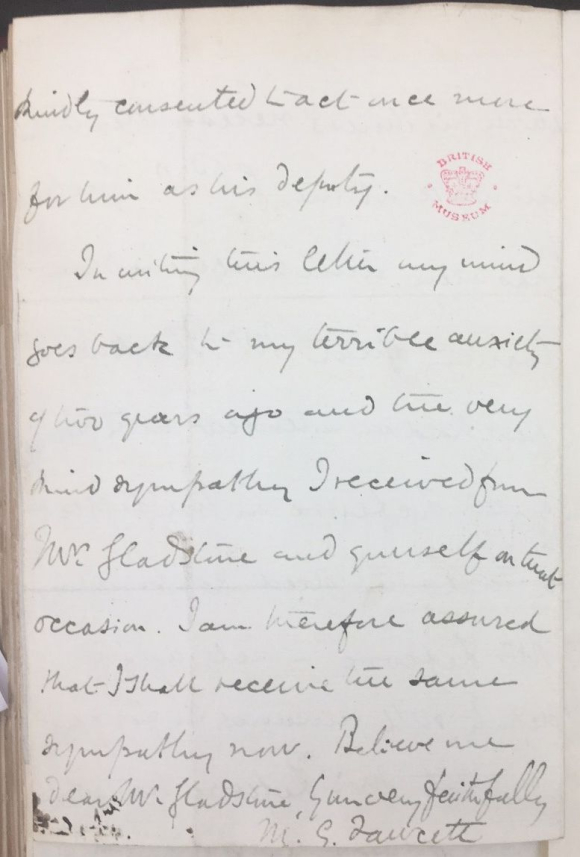 These fascinating examples from the collection are just a few folios from a vast set of collections that offer unique perspectives on the history of governance, policy, power and politics in Britain from the 17th to the 20th century.