A man of great personal charisma and thorough-going radicalism, Percy Bysshe Shelley – sleep-walker, hallucinator, someone who believed his own father had contemplated committing him to an asylum – may have been a hypochondriac living on his nerves.  But he was also a thinker and activist trying to bear witness to a new kind of environmentalist morality.  His ethics, often insufficiently recognised as such, engaged with the entirety of the natural world and viewed humankind as part of that whole. 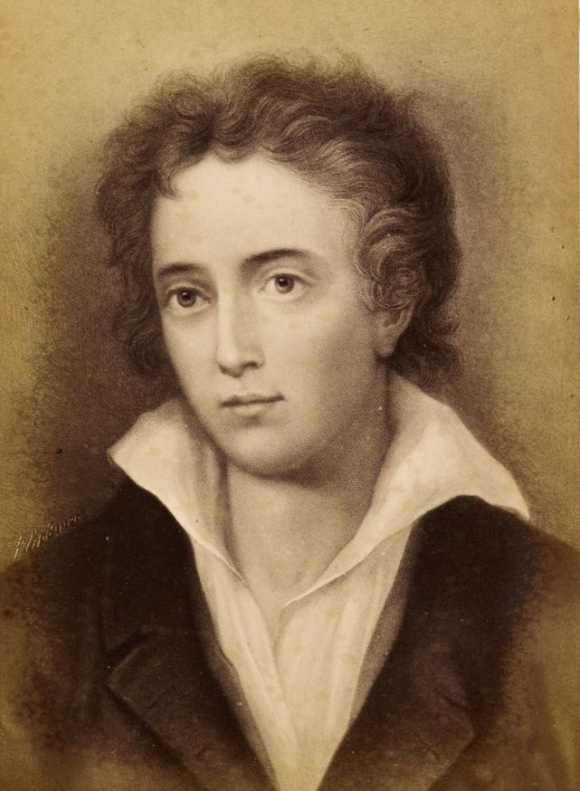 While shifting focus from human relationships ran the risk of personal unreliability, it created space for the radical, pacifist vegetarianism Shelley first articulated in the Notes to Queen Mab (1813).  This dismisses even cooking as ‘screening… the horrors of the shambles’ : the register suggests visceral disgust, and his argument links a carnivorous diet to violence, criminality and war.  Formed by a Christian upbringing despite the atheism he embraced, Shelley revisits the Christian symbolism of man who ‘slays the lamb that looks him in the face’ in the accompanying poem, and implies the killing of any animal is a kind of moral cannibalism.

Over the next nine years, culminating in his unfinished ‘The Triumph of Life’, Shelley developed a poetics capable of rendering the quality of aliveness.  The famous invocation in ‘Ode to the West Wind’ (1819) – ‘Wild Spirit, which art moving everywhere; /Destroyer and preserver’ – celebrates change as the agent of both life and death.  The idea of mutability as loss recurs in ‘Mutability’ and ‘Ozymandias’, for example.  But in poems of celebration like the Ode, ‘Mont Blanc’ and ‘Letter to Maria Gisborne’, flux becomes revolutionary life force.  Here, Shelley’s all-one-breath lines tend not to pause for sentence endings, but keep rushing onward through his em-dashes.  We sense the attempt to capture animation itself. 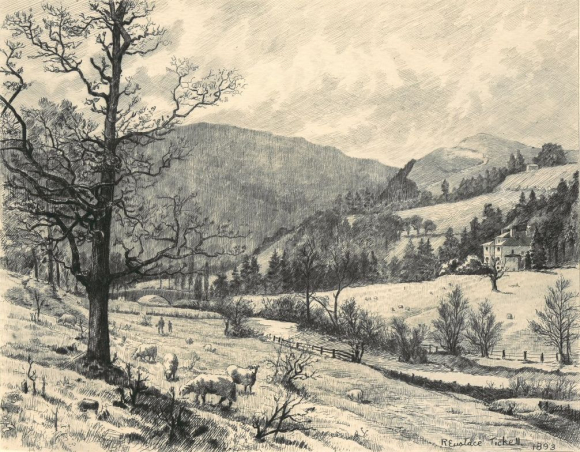 There’s a sense too that clustered ideas are themselves already always in motion: social and political revolution, the new experimental scientific sense of a natural, not supernatural, animating life force, the personal quest for meaning.  In reality of course these developed by stages.  The poet’s schoolboy chemistry is well-known.  Arguably less familiar is his encounter with the landscape of the Elenydd in west Wales, which I’ve explored while researching the original radicalism of the Romantic encounter with the natural world.  Sent down from Oxford for atheism, in July 1811 Shelley went to stay on an uncle’s estate, Cwm Elan, in the ‘highly romantic’ Cambrian mountains. Five years before his first trip to the Alps, letters show him grappling with this experience.  On 26 July he wrote to Elizabeth Hitchener:

Rocks piled on each other to tremendous heights, rivers formed into cataracts by their projections, & valleys clothed with woods, present an appearance of enchantment— but why do they enchant, why is it more affecting than a plain, it cannot be innate, is it acquired?

Atheism may have entailed his desire to locate meaning.  But the sense that it could be found either within or outside human observers implicates them in the natural world and its goings-on.  This interactive sense of being alive within the living world is a key Romantic step: the same one being taken a little earlier, in Germany, by Romantic Idealist philosophies.  As Shelley would articulate this five years later, in ‘Mont Blanc’:

The everlasting universe of things
Flows through the mind, and rolls its rapid waves…

‘Rapid waves’ indeed.  By 1904, as if to illustrate Shelleyian mutability, both Cwm Elan and nearby Nantgwyllt, to which Shelley brought his new wife in 1812, had vanished under Birmingham Corporation’s controversial reservoirs. 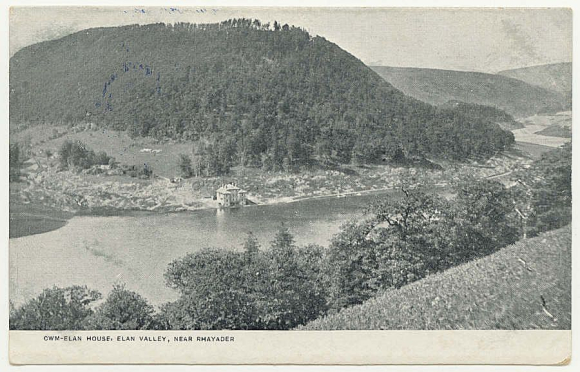 Cwm Elan House in the Elan Valley in a postcard view of 1903 with the rising waters of the Caban Coch reservoir very close to the front of the house. © Powys County Archives Office 2022 People's Collection Wales

Posted by India Office Records at 09:00:00 in Journeys , Literature , Science and environment , Writing