Cyril Davenport, pictured below in his 80s, does not appear to be as careworn as his life and career should demand!  Not only did he devote 45 years to work at the British Museum Library, he also found time to paint, engrave, photograph, write and edit reference works, lecture on diverse subjects, and judge for international exhibitions.  In addition, he was a Justice of the Peace and Major of the 37th Middlesex Rifle Volunteers.  Only someone with a lifespan of around 93 years could have managed it! 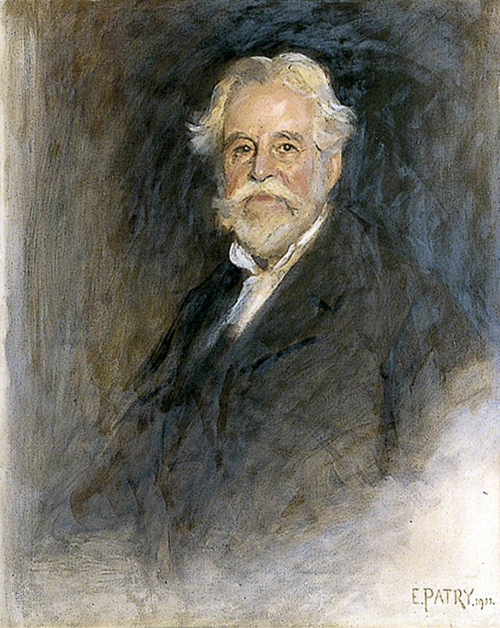 Davenport was not an obvious candidate for a job in the Museum, which he joined as an assistant in 1868 and later supervised the bookbindings department.  He was born in Sterling to an army family, educated at Charterhouse and worked as a draftsman for the War Office.  It seems likely that this training gave him technical and practical understanding in the analysis and description of objects, an experience lacking in his more academic Museum and Library colleagues.

Davenport recognised the importance of identifying and recording the outsides of books.  His ledgers containing descriptions, sketches and rubbings of the remarkable bindings held in the Museum Library are still useful to researchers. 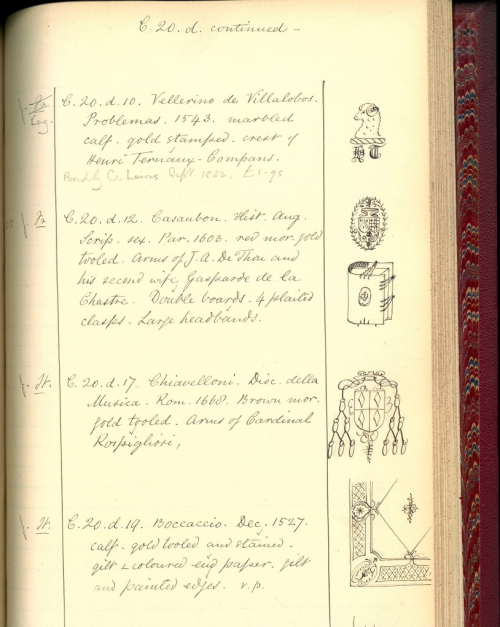 Davenport’s publications did not always meet with universal approbation.  His book English Heraldic Book-stamps was subject to particular censure; errors in the heraldry were noted in reviews.  Other books addressed subjects as diverse as coronation regalia, cameos, architecture, mezzotints, and miniatures.

Davenport was much in demand as a public speaker, by learned institutions as well as local societies of amateurs.  There is evidence that he could be inspirational, in one case at least.  The well-known bookbinder Cedric Chivers resolved to create his own decorated vellum covers ('vellucent') after hearing Davenport lecture on the subject. 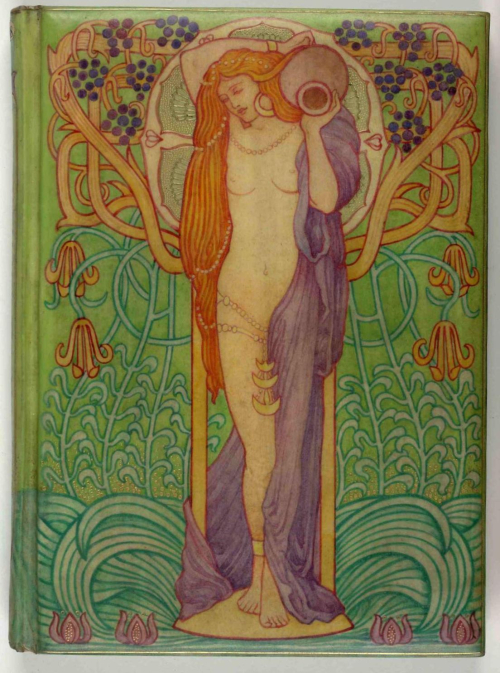 The Rubaiyat (1903) with a ‘vellucent’ binding by Cedric Chivers - Shelfmark c108bbb3. Image by permission of the copyright holder. Database of Bookbindings

After his retirement in 1913, Davenport moved to Hastings with his wife Constance (d.1932) and arts-loving daughter Dorothy (b.1891).  His son Cyril Henry had died in the previous year.

There was a rich social life in Sussex with many communal activities, a notable example being the Hastings historical pageant in 1914.  Davenport participated and was apparently a great help in the costume and banner department!

Perhaps the most sympathetic view of Davenport’s character came from his eccentric friend and British Museum colleague, poet Theo Marzials.  In  a condolence letter to Davenport’s daughter, Marzials wrote: 'Cyril is a bit of me – of course, and always was and ever will be.  We just meet and are side by side, arm in arm, heart to heart …. Dear old Squirrel'.

Posted by India Office Records at 10:35 AM